(This powerful video is from Sarah Ferguson’s sentencing last fall; Judge Dwyer and District Attorney McNamara we were told have since learned a good dela about how people can be unduly influenced by high-demand groups.)

On Monday, Bruce and Deborah Leonard received prison sentences (he: 10 years, she: 5 years) for participating in an assault in 2015 which killed their son Lucas and injured their other son Christopher. Teenagers Lucas and Christopher were beaten with an electrical cord by their parents and other members of the Word of Life Christian Church after they voiced their desire to leave the group. Lucas and Christopher were also accused of witchcraft and child molestation.

This deeply tragic story is unfortunate and is the result of deep involvement in a group that fulfills the criteria of the BITE Model of a destructive mind control group. It is not the first time that parents were involved in harming their own child. On November 18, 1978, Rev. Jim Jones ordered members of his congregation to give cyanide laced Kool-aid to their children before committing mass suicide with the same drink. Over 300 children died that day. Congressman Leo Ryan, Don Harris of NBC, and other visitors were also killed by members of the People’s Temple cult. Jim Jones could not stand the fact that some of his followers wanted to leave, and he was getting so much negative press. Over 900 Americans died that day because they had been brainwashed to believe that Jones spoke for God and blindly followed his orders.

People can commit heinous and criminal acts while being unduly influenced by a cult. I’ve written before about Patty Hearst, a woman who was kidnapped and indoctrinated by the Symbionese Liberation Army. She was later convicted of bank robbery. Scientologist Lisa McPherson died while being held against her will in isolation until she died. Apparently, she was having doubts and wanted to leave the group. More recently, members of terrorist cults attack innocent people because they have been indoctrinated to believe that they are killing for God or some other higher cause.

I’ve seen this pattern many times. People are programmed with cult identities which are dependent and obedient to their superiors’ orders. Cults instill phobias about leaving the group, saying that someone must be psychotic, possessed, sinning, or otherwise unable to make good decisions if they want to leave. They claim something bad will happen to you or your family if you leave. And as we’ve seen, sometimes this threat is actually carried out by the group itself. I have little doubt but to believe that the members who beat Lucas and Christopher thought they were “helping” them.

Lucas and Christopher’s older sister Kristel has been public about her experiences with Word of Life Christian Church. She has said that she was taught from a young age to trust the Irwin’s claim that they speak directly with God, and to believe that certain “sins” could make someone too unworthy to communicate with God themselves.

Cult leaders who can persuade their followers that they alone speak for God are in a position to influence them to do deplorable things, even beat and kill their own children. Beware of anyone who claims to have special knowledge, powers, or access to divinity, and who leverages those to encourage dependence and obedience in their followers. 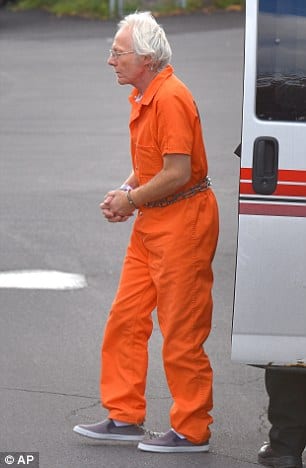 I was asked to write a letter to Judge Michael L. Dwyer to help explain the BITE Model and how an educated, intelligent person could do such a heinous criminal act. The District Attorney Scott McNamara who prosecuted this case encouraged me to submit my letter and other information about undue influence, and I am told he did a lot of research into cult mind control.

I am told that Bruce Leonard has a master’s degree in Secondary Education and could put his experience to great use. He would have such a powerful testimony. I want to call upon those who have committed heinous crimes while being unduly influenced to work on their own recovery, and to speak out and help others. Let’s do everything we can to prevent terrible tragedies like this.