An Expert Responds to the Cult Controversy re: Mormonism 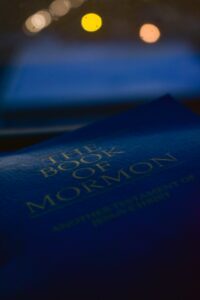 Countless times over the past weeks, I’ve been asked: Is Mormonism a cult? My life’s work has been studying the psychology of influence, so that’s a fair question.

Since I myself was rescued from the group that calls itself the Unification Church, or the Family Foundation for World Peace and Unification– aka Moonies– in 1976, I have helped many people recover from the effects of cults, and assisted their families. I’ve spoken at numerous conferences, consulted with government agencies, and written several books on the subject known as brainwashing, mind control, or destructive influence.

First of all, most of the controversy in the media about Mormonism and the word cult concerns a theological definition. That is one approach. I focus my analysis on behaviors. Social scientists tend to agree: Legitimate, healthy organizations– religious, political or social– adhere to the standards set by the United Nations’ Universal Declaration of Human Rights.

My definition of a destructive cult could be summed up as follows: a pyramid-shaped, authoritarian relationship or group that uses deception in recruiting (i.e., no informed consent) and the use of BITE techniques to create a pseudo-identity which is dependent and obedient.

To help those affected by cults, I built on scientific research conducted by Robert Jay Lifton and Margaret Singer– both pioneers in the field of mind control– to develop what I call the BITE model. (Excuse the acronym, but it does seem appropriate.)

BITE stands for behavior; information; thoughts; emotions. If an organization attempts to control these four factors, I consider it a cult.

So how would we apply the BITE model to Mormonism? Here’s a primer:

Are Mormons’ behavior dictated by the church elders? Are Mormons allowed to choose their friends and marital partners? Can they eat, dress and work as they please?
Are Mormons given free access to information? Is their church history consistent? Does the history agree with accepted facts? Are all members privy to all church teachings?
Are Mormons discouraged from thoughts that might be antithetical to the church doctrine? Is the leadership tolerant of other opinions? Is there loaded language that has meaning specific to the church, or that is used to discriminate against others?
Are emotions forbidden which might dilute the Mormon leaders’ control? Sexuality, for instance, is a powerful drive; is it strictly subjugated to the needs of the church? Are members made to fear their fate if they consider leaving the church?
One common denominator among cults is phobia indoctrination. Cult members are told that leaving the group or disobeying its teachings will result in horrible things happening to themselves or their loved ones. By instilling fear deep in the minds of its members, a cult creates invisible bonds that keep the member a mental and emotional prisoner.
While many organizations threaten some sort of psychic retribution for drop-outs, destructive cults implant and reinforce irrational fears with astounding efficiency. As a young man in the Moonies, I was utterly convinced that my ancestors would suffer for all eternity if I left the group.

It should be noted that fundamentalist Mormonism deviates in some ways from the modern Church of Jesus Christ of Latter Day Saints. A few years ago, I was invited to appear on a Dr. Phil program that featured two teenage girls who had run away from Warren Jeffs’ fundamentalist LDS group to escape being forced to marry elderly men. Clearly, there are human-rights issues with that scenario: Jeffs is now serving a prison term.

Modern Mormonism should be judged on its own current practices– not its past or some deviant disciple. (Note: Mormon doctrine now teaches that polygamy will prevail in the next life for worthy members.)

As American citizens, we are free to decide for ourselves who will best govern us. Similarly, it is our responsibility to decide which organizations have benign motives, and which could be harmful to our freedom and individuality. With cults, as with democracy, you have to make up your own mind. There is no substitute for the hard work of democracy– or for thinking for oneself.

John Dehlin about the BITE Model: