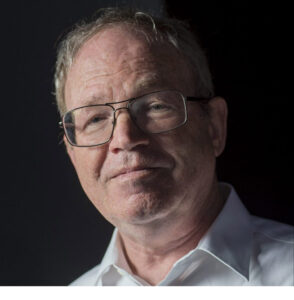 As technology evolves, we become more enmeshed with online social media platforms, Artificial Intelligence (AI), and the Internet. Information warfare is an epidemic, and we must treat it like a dangerous virus that affects our minds. From my experience as a former cult member, I know our minds can be hacked through lies and propaganda. Most people spend six to eleven hours every day online. Cults no longer have to isolate a person physically when they own a smartphone. They can be programmed to believe ridiculous conspiracy theories like QAnon. Through Information control, our Behavior, Thoughts, and Emotions (BITE) can drive us to accept beliefs that violate our deepest values. Information warfare is being waged by state actors as well as other authoritarian cult organizations. People need to understand that we are being attacked through the media. So many people feel overloaded, confused, distressed, and hopeless. Americans have been polarized to believe other Americans are “the enemy.” Today one of the most powerful technologies is being developed worldwide–Artificial Intelligence powered by supercomputers.

The largest social media platform in the world is Facebook. However, Facebook has rebranded to Meta, and its founder, Mark Zuckerberg, has committed billions of dollars to what he believes is the future “reality”–the Metaverse. I reached out to Dr. Waltzman (@CogSec) for his wisdom as I have enjoyed reading his excellent slides on Twitter and Linkedin that explain essential principles of social psychology. Dr. Waltzman has over 40 years of experience performing and managing research in Artificial Intelligence applied to domains including social media and cognitive security in the information environment.

His career is awe-inspiring. He managed Artificial Intelligence research as Deputy Chief Technology Officer and Senior Information scientist at the RAND Corporation. Before joining RAND, he was Deputy Chief Technology Officer of the Software Engineering Institute of Carnegie Mellon University. Before this, he did a five-year tour as the program manager in the Information of Innovation Office of the Defense Advanced Research Projects Agency (DARPA). While at DARPA, Dr. Waltzman created and managed the social media In the Strategic Communications program (SMISC) and the Anomaly Detection at Multiple Scales (ADAM), an insider detection program.

He co-founded the Information Professional Association (IPA), a platform designed for professionals to interact, collaborate, and develop solutions that enhance the cognitive security of the United States, our friends, and our allies. IPA also has a podcast called Cognitive Crucible, where every week, they explore all aspects of cognitive security.

People can be fooled very easily! What can be done?

To fight disinformation, we all need to understand how to evaluate the sources of information as well as learn how to use critical thinking skills to reality-test. If something is true, it should stand up to scrutiny. The younger generation must learn how to be discerning consumers of information. Media literacy is the ability to evaluate information to protect ourselves and our family and friends.

We talked about the report written for the European Commission a few years ago, which discussed approaches to combating disinformation and manipulation in the media. One of these approaches is teaching people media literacy. In our conversation, Dr. Waltzman proposed a question about how to teach media literacy at scale so we can develop “herd immunity?” Media literacy seems to be a much more feasible option compared to legislating to enforce data privacy and regulation of the social media companies themselves. Social media companies have thousands of lobbyists to stall and prevent this from happening in this country.

The Social Dilemma documentary was viewed by over one hundred and fifty million people and provides a window into understanding how people have become addicted to being online. Former social media technologists were interviewed to explain that the “greed” to make money depends on capturing people’s attention, so they can sell advertising at a premium price. The Center for Humane Technology is developing important educational programs as well as producing its podcast, Your Undivided Attention. I was featured in one of their podcasts where I discuss some of the cult-like techniques of social media.

In these immersive environments, there are two critical factors-embodiment and presence. Embodiment means you are immersed in the environment instead of just observing the environment as a third party. When you are immersed in these environments, with the correct type of hardware, biohacking is easily possible. Imagine being a part of a study and instead of being asked your opinions, the AI system knew instantly what you thought and how you felt. As with any technology, it can be used for socially redeemable purposes–for example, to help people to overcome phobias or reduce chronic pain. Unfortunately, I believe it will also be able to be used to program suicide bombers trained to die and kill on command.

Based on his extensive career in technology, Dr. Waltzman doesn’t believe there is anything positive coming from the future of AI without meaningful government regulations and an educated population of citizens. There are currently an estimated five thousand data points on every voting American, due to the collection of our personal data from every website we visit, food we consume, health issues we face, and interests we hold dear. This profile can be used by Artificial Intelligence to make predictions and ultimately shape and control our beliefs and behaviors.

By using Virtual Reality headsets, people will be delivering an incredible level of specificity in how they function. For example, you could experience fine-tuned messaging in real time. Artificial Intelligence could learn to Facetune a politician’s face in real-time, making them appear more sympathetic to each person. Deepfake images and videos can be created at scale. AI blog writing is already here. Authoritarian governments like China have made rapid advances in creating customized online systems to influence each person in such a way that their human rights will be undermined.

Who will decide the future of planet earth? It appears that those with incredible amounts of power and money will be in the position to decide. Unfortunately, planetary survival and fear of extinction through the global climate crisis have not succeeded in supplanting greed and selfishness by malignant narcissists, devoid of empathy.

An interesting concept we discussed was social media inevitably evolving into a fully immersive environment. With all technologies, there are pros and cons to this type of environment. Unfortunately, AI can mimic humans, which can be used as a tool to emotionally manipulate people.

Appreciating and valuing being human

Consider that human beings can have a maximum of one hundred and fifty people that they can maintain a real relationship. As a mental health professional, I believe we need to spend more time with people in real life and less time online with strangers who might be following us on social media. We should all consider turning off our cell phones completely and putting them out of sight when we get together with friends and family. We should all consider calling and speaking with people rather than texting back and forth and using emojis. In my TEDx talk on “How to tell if you’re brainwashed?” the first step I advise doing is to disconnect from all media and sleep seven to nine hours, play your favorite music, walk in nature, and stop the near-constant flood of information.

I believe we all would benefit to emphasize our real friendships and family connections over digital experience. When we are physically far apart, video conferencing is a great positive to connect but should never be accepted as a substitute for real hugs, and interacting together in the real world.

The first episode of the Cognitive Crucible with Rand Waltzman

The Center for Humane Technology

P.T. Barnum’s Humbugs of the World

J.C.R. Licklider. Memorandum For Members and Affiliates of the Intergalactic Computer Network.