Cancel Culture by Anyone (Left or Right) is Bad 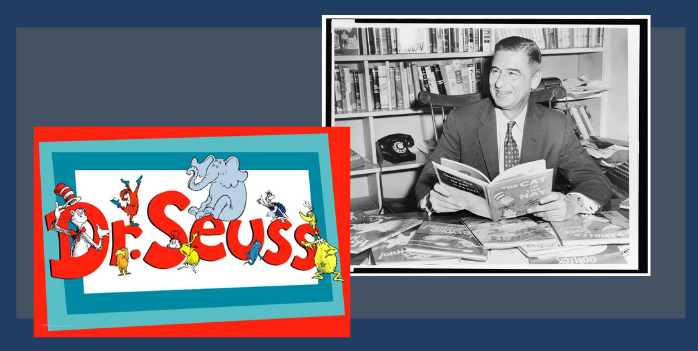 Shunning, ex-communication, and public humiliation have been used for social conformity for most of human history. The modern versions generally fit in the categories of “calling-out” or “canceling.” The first use of these terms is not certain. Still, sometime in the early 2010s, fans of various celebrities and groups began to post on social media identifying imperfections in their idols and “calling them out” on their behaviors. Calling–out posts online increased during 2017 and 2018 and were part of the #MeToo and #BlackLivesMatter movements. NFL star quarterback, Colin Kaepernick was attacked by Trump for kneeling before a football game and intense pressure was brought to bear to have him fired and banned by the League. By 2019, the term cancel culture had moved into mainstream media usage. It was probably inevitable that cancel culture would become a political issue.

Cancel culture and calling out have been used by all sides of the political and social spectrum. While it has been attributed to mostly the left-leaning, Donald Trump and others in the Republican orbit have done as much canceling, firing, threatening, and harassing. Criticism or defense of its use is not consistent but often depends on who or what beliefs are the subject of canceling attempts. Recently, political conservatives have used the term “cancel” as a weapon against anything they disagree with. The slogan of the recent CPAC convention was “UnCancel America.” Conservative politicians are consistently engaging in rhetoric claiming that attempts are being made to cancel out the American way of life.

The Latest Tempest in a Teapot

Theodore Geisel (better known as “Dr. Seuss”) wrote over 60 books that have sold an estimated 700 million copies worldwide. Most of them are readily available in bookstores or online. On March 2, 2021, Dr. Seuss’s birthday, Dr. Seuss Enterprises (the division of Random House responsible for Geisel’s books) announced it would no longer publish or license six of them.

A panel of experts, including educators, had been convened by Dr. Seuss Enterprises to review their catalog of titles and determine whether the individual books were supportive of their mission to provide messages of “hope, inspiration, and friendship.” The six discontinued titles contained racial images identified as potentially hurtful, therefore not fitting into the company’s stated mission.

The shouts of “cancel culture” reverberated all up and down Mulberry Street, straight into Fox News and even the hallowed halls of the U.S. Congress. Media Matters counted 139 mentions of Dr. Seuss on Fox News Channel on the day of the announcement. On the following day, Senator Ted Cruz posted tweets suggesting that the publisher’s decision was all President Joe Biden’s fault! On March 5, Republican Kevin McCarthy, the House Minority Leader, released a video of himself reading “Green Eggs and Ham” (which is not one of the six books in question). The underlying message is that “they” (Democrats, liberals, foreigners—whoever is the bogeyman of the day) are trying to “cancel America” by taking away their sacred images and traditions. That generally means the way of life that has historically provided a privilege to White, Christian males. Meanwhile, Dr. Seuss is being read more than ever, and the trust is delighted to support anti-racist efforts and make a lot of money.

The phrase “cancel culture” can be considered “loaded language”– a thought-terminating cliché typically associated with authoritarian cults. Saying everyone who disagrees with someone politically needs to be canceled is ridiculous and overreaching. However, from a coercion agenda, making an “enemy” tangible and frightening (Satan, the Illuminati, Deep State, MSM) gives a cult leader a target to focus their followers’ attention on. Fear bypasses rational thinking. The real purpose is to increase the leader’s power over the minds of their followers.

Cancel culture has been considered acceptable by some people in some cases because it seemed to provide a way for marginalized individuals and groups to silence someone they deemed hurtful. As a result, powerful individuals or groups that would otherwise evade responsibility for their destructive behaviors would be exposed to the facts and face the consequences.

On the other hand, cancel culture has been called a negative, even toxic way of simplifying complex issues and encouraging snap judgments that can easily result in overly harsh consequences in less offensive situations.

Some high-profile instances (Bill Cosby, Harvey Weinstein) can lead to the assumption that calling out on social media is a useful tool for change. While individuals in these cases may suffer (well-deserved) consequences, there is not a great deal of evidence that such a tactic leads to positive social change overall.

Former President Obama urged caution in using social media call-out culture when speaking at an Obama Foundation Summit in Chicago in October 2019. Cancel culture, Obama said, supports a simplistic worldview and promotes the idea that a person is no better than the worst choice they ever made. The “demand for purity” and lack of tolerance for ambiguity are unrealistic. In a classic understatement, Obama said, “The world is messy…. People who do really good stuff have flaws.”

Michael Jackson was an incredibly talented musician. He was also accused of being a pedophile. Should his music not be played? Be banned? I think that would be a shame. Many of the U.S. Founding Fathers were slave owners. Does that invalidate the Declaration of Independence? There may be no easy answers to questions such as these. Using social media to cancel someone, however, does not make room for flaws or messiness. Canceling prevents any exchange of opinions or investigation of the truth, even when that would be appropriate or necessary.

Cancel culture is undeniably toxic when it involves criminal threats, invasion of privacy (doxing), or driving a person to suicide. People might wish to believe it will effect positive social change. The nature of so many comments on social media seems to indicate otherwise. Nastiness, Schadenfreude, and dismissive characterizations of opposing opinions substitute for dialogue. Internet platforms are structured to get a payout from high emotion and clickability. Canceling and calling-out posts fit perfectly into that paradigm. Commenting is instantly rewarding, and nasty and demeaning comments aimed at “trolls” or “deplorables” allow commenters to feel morally and intellectually superior. The act of canceling is “self-sealing,” as it protects the commenters from considering opposing opinions and critiquing their own position.

Over the past four years in the United States, the political climate, combined with an unprecedented global pandemic crisis, has created an atmosphere of volatile uncertainty and anxiety. We need to take a deep collective breath and recommit ourselves to the ideals protecting sacred human rights that are the basis of our democracy. The fact that these ideals have not been fully realized should not blind us to their enduring importance.

Contrary to what many politicians of the day wish us to believe, most of us want the same things for ourselves, our children, and future generations.

To survive as a democratic country that supports fundamental human rights, we need to lower the temperature of our social discourse. Simply canceling someone because we disagree with their position does nothing constructive. Engaging in a respectful exchange of opinions while working toward the same goals is how we will thrive and grow as a society.

The alternative will be to leave ourselves vulnerable to undue influence in the political arena from bad actors who have only their interests in mind. They are the ones who are attempting to cancel America and create an authoritarian dictatorship. We cannot let that happen! By coming together for the common good, The Constitution, and the Rule of Law, we can make a new and better America.