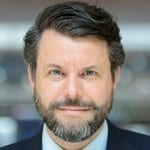 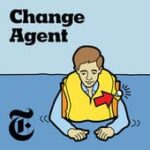 The “Change Agent” podcast is a five-episode series by The New York Times. It is hosted by Charles Duhigg, a Pulitzer Prize-winning columnist and author of “The Power of Habit” and “Smarter Faster Better.” It uses real-life problems to try and solve a surprising story. (When we worked on the podcast last year, Duhigg was a senior editor, but since then he is no longer there.) 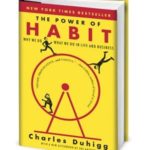 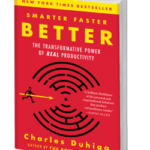 The New York Times describes it “as a new five-part podcast series that turns obstacles into opportunities. Each episode unearths surprising stories from science and business to offer answers to people’s problems. [They] turn to professional breath-holders, high school kids who cut class, frustrated bike messengers, a multi-million dollar pizza company, and the woman behind a denim empire for baby boomers, for stories that might help solve difficult life questions.”

“Change Agent”: Everyone’s got problems. We try to fix them.

I am interviewed for my expertise in number 3, “The Talk.” It is officially described this way: “M’s friend says things that really bother M. Racist and homophobic things. He wants to know how to talk to his good friend about the offensive stuff he says, but he doesn’t really know how. We find some lessons in the story of Steven Hassan, a former Moonies cult member, and how he developed a way to get people out of cults. We share Steven’s lessons with M to see if he can get through to his friend.” (You can listen here.)

The work on the segment was long and extensive. Annie Brown came to Boston several times to meet and interview me for the segment. Charles Duhigg came once to my office. I regret that I forgot to ask him for a photo together. Fortunately, I have one with Annie who was a delight to work with.

Annie Brown currently works on the NY Times podcast, The Daily which I happen to love and listen to every morning. It is that good. Annie spent countless hours working on the project. I like working with media professionals who really do their homework. She read my books and initially asked me if she could record me doing an intervention. Annie told me they really wanted to feature and promote my work. I was flattered but explained that I could not intrude with active clients. For therapists, this is called a “dual relationship” and is unethical. She was disappointed. Then I remembered the 15 hours of video shot with the permission of Dick Joslyn. That was 1997.

Dick Joslyn had been a member of Heaven’s Gate for over 15 years. He had left the group five years before the murder/suicide. When the group members and leader died, Dick appeared in the media defending them, even buying black Nike sneakers like those worn when the cult members died. Dick said things like, “No one was brainwashed!” and “It is not a cult!” and “Who are we to say they aren’t in the Kingdom of Heaven?”

I had not looked at nor listened to that recording for some 20 years. The intervention was successful, as you will hear on the podcast. Interestingly, I had asked Dick why after being in the group for so many years, and was actually the #3 person at one point, why did he leave? He told me that when he first got into the group he made a promise to himself that if the group ever started talking about killing themselves he would leave. And indeed he was true to his word. The problem was that even though he left the cult, he never learned about cult mind control or received any counseling. So when the news hit the media, he was triggered to join his “fellow students.”

While I am indeed flattered that The New York Times chose to feature my work, I had mixed feelings when I listened to the segment. I guess the three things they took from my approach turned out to be useful in helping the young man with his friend. Still, I do wonder if others will have a similar, positive result without a greater, detailed understanding of the more complex approaches I teach and use. I am doubtful that the average listener would understand the complexity of my Strategic Interactive Approach.

Dick realized that Heaven’s Gate was a destructive cult and understood more about mind control methodology by the end of my three-day intervention with him. The BITE model and me explaining how cults operate really helped him. But when Annie played the tape of me speaking with Dick at the very end, and he was denying that HIV/AIDS was a real disease, I got caught off guard. But I had completely forgotten, that at the end, I had become upset and implored him to get medical treatment. Charles, Annie and the Times chose to include this point. I guess I feel that while it was indeed what happened, it came across as I, too, could be ineffective and forget my own communications approach. Which in this case, 20 years ago, was true. I had never met a person with HIV/AIDS who thought it wasn’t real and that it was a conspiracy theory.

I did, in fact, reach out to several friends who were gay. One was Peter McWilliams, an ex-MSIA, and ex-TM cult member, who also had contracted AIDS. I remember speaking with Dick on the telephone and directing him to some reliable sources of information. But the truth is I did not track down Dick’s family and pursue his getting treatment. Later, I found out they were very aware of Dick’s refusal to get medicine. And for this, listening to the podcast causes me pain. I feel awful. Dick died three years later and the world lost a wonderful person.

I am very interested to hear what people think about this podcast, especially folks who have read Combating Cult Mind Control and Freedom of Mind: Helping Loves Ones Leave Controlling People, Cults and Beliefs. The latter explicitly spells out my ethical team/network approach to ethically influence someone to step out of their bubble and look at things from another perspective.