Child Protection, Shunning, and Parental Alienation: A Discussion About the Word of Faith Fellowship With Former Member John Huddle 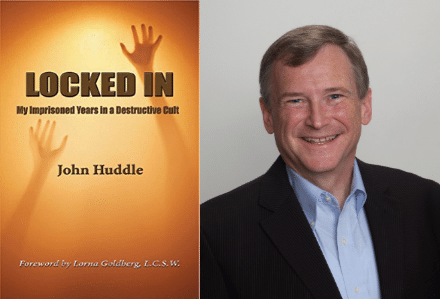 April is Child Abuse Prevention Month and, now more than ever, we need to protect children.  Too many are still being hurt: physically, mentally and emotionally, as seen by recent national child abuse statistics. For those raised in cults, they are at a higher risk for physical, medical, sexual, emotional, and psychological harm. I wrote a blog about the work of Marci Hamilton and ChildUSA; it is worth checking out. Sadly, many are being hurt by destructive groups which are proving to be an unsafe, abusive environment for young ones. 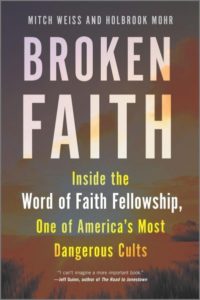 One such Bible cult is Jane Whaley’s Word of Faith Fellowship (WOFF). Former members have spoken out against this cult sharing stories of abuse, secrecy, parental alienation, and more. Pulitzer Prize winner Mitch Weiss and Holbrook Mohr, journalists who have been exposing the abuse, spent time interviewing hundreds of people who have been connected to the church over the years — and also acquired secret recordings, videos and documents for their new book Broken Faith: Inside the Word of Faith Fellowship, One of America’s Most Dangerous Cults. (NPR)

An outspoken former member, John Huddle, has written about his experiences within the Word of Faith Fellowship, exposing its destructive influence and dangers. John has written a book about his many years in the cult entitled Locked In: My Imprisoned Years in a Destructive Cult. In it, he describes what it was like to be a member of this large, controversial mountain church from which he escaped in 2008. The book examines the WOFF group practices including communal living, deliverance prayer, fund-raising, “blasting sessions”, as well as, revealing the essential beliefs and many unwritten rules that govern each member.

This week, I had a chance to interview John Huddle–survivor, author, writer, and blogger about the Word of Faith Fellowship.

John Huddle lives in Western North Carolina. In addition to writing his blog, www.religiouscultsinfo.com, he serves as a board member of the “Faith Freedom Fund,” a non-profit group helping survivors from high demand religious groups. Since publishing Locked in, John has become a prominent figure in leading the fight to expose the practices of Word of Faith Fellowship (WOFF) in Spindale, North Carolina. Labeled an “activist” and “critic” of this group by media sources, he has continued to take on new challenges like organizing and speaking at public meetings, questioning government officials and chronicling the legal troubles for this controversial group. The journey continues with State and Federal investigators now conducting investigations on several fronts involving the leaders of this church.

John begins by giving the backstory on the Word of Faith Fellowship church and how it was founded by Sam and Jane Whaley. At the beginning, Jane claimed to be an “Apostle”- saying she prays to God who tells her things directly that need to happen. This includes telling someone they have a demon in them which needs to be exorcised. Yes, she claims to be the voice of God. This kind of claim of spiritual elitism reminds me of my former cult leader, Sun Myung Moon. Both cults are hierarchical and authoritarian, requiring complete submission and obedience to leadership.

In our interview, John tells how he and his wife became involved in the group, and later how he made an exit. He discusses what woke him up to get out.

John talks about how the church is a cult that uses mind control and thought reform to keep members obedient. There are lots of rules outlining what is permissible and what is banned. The leaders control members by fear, which is a familiar technique in all mind-control cults. For example, fear that if you leave, you will lose your family, job, relationship with God and, therefore, your eternal salvation. The group poisons the minds of members against any people who wish to leave and especially if they speak out against the abuse, including immediate family. This mirrors so many other destructive cult practices.

John’s daughter, son, and ex-wife are still members and they will not speak or meet with him. He found out through a third person that he has grandchildren who have not only not ever met their grandfather but his entire side of his family! I explained to John this is called parental alienation.

With the COVID-19 virus raging in the United States, it is of extreme public health concern about authoritarian cult groups have leaders who are demanding obedience through fear. Some teach that all illness is due to disbelief (like WOFF), or that they can be kept from the virus’s effects or that it is a sign of spiritual weakness to not attend group meetings rather than physically isolate. At the time of this interview, there were fourteen states that granted religious exemptions. This endangers not only the members but everyone! For those in the WOFF, Jane says they have nothing to worry about because God speaks to her and if you follow her, you will be protected. This mirrors Pentecostal groups who have leaders who claim to be an Apostle or Prophet and that they have power over Satan and only through blind faith toward them, can people be okay. This is dangerous thinking; this virus does not care about what people’s beliefs are. It is killing people. Please know that COVID-19 is NOT a punishment by God, as some religious leaders are stating. It is not “proof” that Armageddon is here. That belief in itself is very dangerous, as it makes people stop thinking for themselves, using analytic, critical thinking which is based in science and best practices within medicine.

John’s story is one worth learning about. By telling it, he offers guidance and hope to those that leave, not just WOFF but any cult.

Members are strongly encouraged to only associate with other members; even play-time between children of members and those of non-members is discouraged Constant need to report every thought and action to leadership of the church Work and sexual activity is regulated by the leadership Members are often financially dependent upon the church Lots of members’ time is taken up in church activities, whether or not actually in the church Rules are extremely rigid; leader hands down rules as though directly from God, no going against the rules in any way, no questioning of rules “Blasting” – screaming into members’ faces to discipline them – used to control behavior the leadership finds unacceptable “Guards” – fellow members – are used to make sure members are never left alone

Leadership often lies to members Spying on other members – even if one’s own spouse, parent or child – is greatly encouraged, and all activities are then handed over to the leadership of the church Members are pressured by WOFF leaders to “confess” all sins so that members can be right with God.

Member must accept Jane Whaley’s word as the word of God, no thoughts of dissent are allowed Loaded language – breakthrough is someone who gets right with God, usually after a public and humiliating confession; locking in means to report thoughts to the leaders, etc.

Fear is frequently used – such as fear of “blasting”, referred to above – to keep members in line.