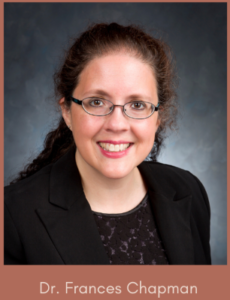 Since the attempted insurrection on January 6, more than 460 people have been arrested on various charges resulting from their participation in the assault on the Capitol. A significant number of them have stated they were there at the urging of the former president in order to reverse the “stolen” election. Some of those arrested regret their actions, have pled guilty and will probably get probation. Other people arrested insist that they did nothing wrong and wrongly believe that Biden did not win the election fairly.

Donald Trump, blatantly using the power of the office of President of the United States, spent several months promoting the “Big Lie” of a stolen election (beginning even before the election). His statements, prior to and during, the rally on January 6 encouraged his base to “take back the country” by whatever means necessary.

One of the participants arrested was 18-year-old Bruno Joseph Cua. The complaint filed against him by the Department of Justice identifies numerous online postings by Cua. All of these posts reflect his belief that “President Trump is calling us to FIGHT!”

The claim of undue influence might be used as a legitimate defense when these cases come to court. Incitement is a crime. But there is much more that should be presented to Judges and juries, as well as, to the public. It is easy to blame those people for assaulting the Capitol. What they did was criminal. As I have said publicly, the Moon cult was present during the riot and if I had remained in the cult, I might have been there, too. (I have no information that any Moonie committed violence but just spread disinformation to misdirect responsibility by blaming Antifa.)

If someone has committed a crime and there is evidence, then they did it. This is different than an insanity defense. However, if it is determined that the person acted out of a belief that they were “saving the country,” and this was based on trusting an authority figure who lied to them, it offers an alternative explanation for their actions.

When I was doing literature research for my doctorate, I learned of law professor Frances Chapman through her many journal articles on undue influence. She has researched and written about undue influence in domestic abuse, forced false confessions by law enforcement and other related topics of great importance. Since that time, Dr. Chapman and I have discussed research and how the legal system needs to have a clearer way to determine undue influence.

Dr. Chapman is a Professor of Law at Lakehead University in Thunder Bay, Ontario, Canada. She has done significant research in areas of criminal law relating to parental alienation, false confessions, domestic violence, automatism, involuntary servitude and coercive persuasion. Dr. Chapman has made important  contributions to the understanding of influence and  coercion in police interrogation techniques as they apply to indigenous people as well as others whose cultural norms differ from those in authority. At my invitation, Dr. Chapman presented her research at a meeting of Program in Psychiatry and the Law at Harvard University.

Assessing the effects of coercive control involves the concept of free will, which is intangible and difficult to measure. The degree to which undue influence affects the operation of free will is not constant. It often depends on the presence of external factors, such as a relationship breakup or family and financial problems. To facilitate the assessment of influence in any particular situation, I developed the Influence Continuum and the BITE Model of Authoritarian Control. These models help determine the degrees of coercive control in individuals, leaders, organizations and relationships.

Dr. Chapman explains that the law is designed to deal best with episodic situations. In domestic abuse cases, for example, when police respond to a call for assistance, they are able to obtain evidence that is acceptable in court (pictures of bruises or other injuries, property destruction, witness testimony, etc.).

In so many cases of coercive control, however, there may not be a specific episode on which to rely for evidence. Rather, there is a pattern of microaggressions which build up over time but are not necessarily documented. Most significant is that many of these incidents are not witnessed by others or may be misinterpreted. Dr. Chapman gives a potent example of a woman watching a baseball game. Her partner takes a sweater and wraps it around her shoulders. To an unsuspecting observer this may appear to be a loving gesture by a concerned partner. It may be, however, the action of an abusive person, indicating displeasure in his partner’s “revealing” dress. It could very well be the beginning of a violent “episode” that will not actually occur until the couple is back at home and out of the public eye.

In all of her classes at Lakehead, Dr. Chapman ensures that her students will have a sufficient understanding of undue influence and coercive control, and will learn to recognize the subtle evidence of it in their clients. If lawyers are attuned to evidence of microaggressions, they will be prepared to refer clients to the appropriate mental health interventions. Training in this area should be a standard part of all law school curricula, and should be provided to lawyers and judges who are already practicing. I am very much in agreement with this idea, and would also argue that mental health professionals need more training in this area as well.

A better understanding of coercive control is important in all areas of the law, but is critical in family and elder law. Many of the simple tests that are used to determine competency do not reveal the more subtle effects of coercive influence. A person may be oriented to time, know who the president is, and so on, but still be subject to undue influence and coercive control by a family member or caretaker.

Knowledge of Cultural Differences is Critical

Dr. Chapman has done extremely important research into the use of the “Reid” technique, a commonly used interrogation procedure in Canada and the United States (although no longer used in Europe). When these procedures are used with indigenous people and people from other cultures, the assumptions that form the basis for this procedure can be very inaccurate. For example, an assumption in the Reid technique is that a guilty person will not look you in the eye. In many cultures it is considered disrespectful to look someone in the eye, and has nothing to do with guilt or innocence. A person being interrogated might say “yes, yes.” This is assumed to be an admission of guilt, or agreement with the statement being made. However, it could be simply the cultural norm to say yes when someone in authority is speaking.

These issues with the Reid technique are reflective of the wide range of ignorance and misconceptions that Canadians, as well as, US citizens have regarding the native peoples (First Nations) of these lands.

In Canada, Dr. Cindy Blackstock, Executive Director of First Nations Child and Family Caring Society spearheaded a successful human rights challenge to Canada’s inequitable provision of child and family services. A member of the Gitksan First Nation, Dr. Blackstock is a professor at McGill University’s School of Social Work. Dr. Blackstock’s research interests are indigenous theory and the identification and remediation of structural inequalities affecting First Nations children, youth and families. An author of over 50 publications and a widely sought after public speaker, Dr. Blackstock has collaborated with other Indigenous leaders to assist the United Nations Committee on the Rights of the Child in the development and adoption of a General Comment on the Rights of Indigenous children.

Our world continues to become increasingly complex and multi-cultural. We are subject to constant and subtle forms of influence through social and mainstream media. Legal and mental health professionals must be able to recognize the effects of this influence and the various cultural differences in interpreting this information. Only with sufficient understanding of these complex forces can attorneys, judges and mental health professionals best address the multiple needs of their clients.

Implanted Choice: From Prisoners of War to Patty Hearst to Lee Boyd Malvo, Examining the Past to Determine if there is Room for a Modern Criminal Defence of Brainwashing

The Geophysicist Who Stormed the Capitol