“Conversion Therapy” is Dangerous and Abusive 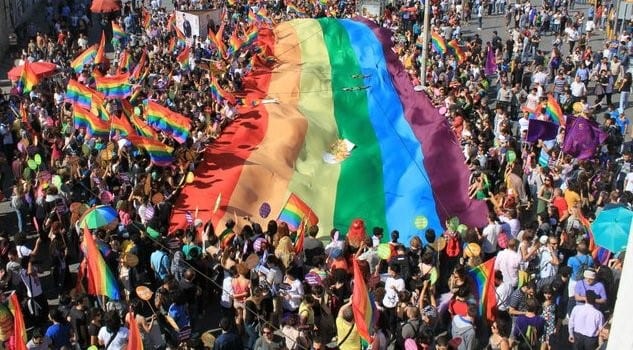 The 48th anniversary of the Stonewall Riots is coming up on June 28, and many cities in America are holding Gay Pride parades and festivals around this time. With the Trump election and Mike Pence as Vice President, all the accomplishments advancing human rights seems like they are in jeopardy. This week, I attended the Pride Day celebration at Newton City Hall and Mayor Setti Warren created a liaison position and appointed trans activist Holly Ryan. Bob Parlin, founder of the Gay-Straight Alliance was recognized and given commendations from the Legislature. I’ve written before about how important it is to protect the freedom of mind for LGBTQ youth. Now, I’d like to go into more detail about a serious form of undue influence which uniquely affects the LGBTQ community: conversion therapy (also referred to as reparative sexual orientation therapy).

ABC News recently aired some shows which focused on some GOP advocates wishing to promulgate conversion therapy. They were quite good exposing some of the abuse of some programs that attempt to make gays and bisexuals into heterosexuals. Conversion therapy is described as a “psychological treatment or spiritual counseling designed to change a person’s sexual orientation from homosexual or bisexual to heterosexual.” Though it’s now known that sexual orientation is not a choice, but the result of, “a complex interaction of environmental, cognitive and biological factors”, there are still many people who ideologically oppose homosexuality and bisexuality and will go to great lengths to attempt to change anyone who exhibits behaviors or desires contrary to what they consider “right.” Moonie Richard Cohen was my former group’s lead person trying to make it seem like gay people could be turned into straight people.

Gay conversion therapy is not therapy and is not grounded in ethical psychological treatment methodology. To see proof of this, a simple Google search is all you need. One major group, Exodus International, has not only shut itself down but even issued an apology to anyone who may have been hurt by the mission of the group. In their public statement, they admit to, “years of undue judgment by the organization and the Christian Church as a whole” and even made a pledge to “reduce fear” and work towards inclusion of everyone–even those who do not identify as homosexual.

However, conversion therapy can be extremely harmful to those who are subjected to it. Many states have banned the practice as a human-rights violation and a number of experts have specifically spoken out against it. As a counselor, I have worked with people who have endured having their rights violated by a number of these conversion groups, boot camps, and programs. One program, Aesthetic Realism founded by Eli Siegel, claimed to “cure” homosexual men of their desires through strict adherence to the philosophy of the group. After working with former followers of this cult, I do not believe people were made into heterosexuals. In reality, they were put through a BITE model style indoctrination to suppress their real selves and superimpose a cult identity.

People have been subjected to exorcism rituals which are horrendously abusive where the member is made to believe they are inhabited by demons and blamed when they still feel homosexual attraction. People on the autism spectrum have been subjected to these programs as well because they do not conform to a binary gender identity. People have been sent to boot camps in the United States and in other countries leading to horrible trauma and mind control experiences. In my forty years of working with people in a wide variety of destructive cults, I believe a person’s authentic self cannot be changed, no matter how much indoctrination and programming takes place. At Freedom of Mind, we support everyone’s right to be who they truly are and wholeheartedly support people’s fundamental human rights. Straight, Lesbian, Gay, Bisexual or Transgender, you have the right to identify as such without prejudice. We wish to educate everyone about the dangers of social influence, especially when it makes people disconnect from their true self and follow an ideology or a leader or group.

I encourage anyone who has been the victim of this type of institutional abuse* to seek help in their recovery. Know that you are not flawed and that you have just as many rights as anyone else in this world. There is hope for real recovery and a chance to live the truly happy life that you deserve.

*For more on Institutional Abuse, see my earlier blog here.