Dominionism, Evangelicalism and Government: A Discussion With Dr. Warren Throckmorton 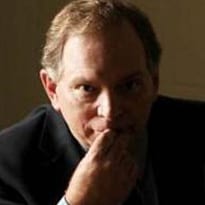 In 2012, he and GCC colleague Michael Coulter published Getting Jefferson Right: Fact Checking Claims about Our Third President which fact-checks common claims made by Christian Nationalists about Thomas Jefferson.

As a professor, he uses some of my work when teaching about New Religious Movements. In the chapter on persuasion, he teaches a section on mind control groups and outlines the steps such groups use to keep their members in line. He uses the Unification Church as an example of how to create a social reality that doesn’t match up with the consensual reality of most of the world. After mentioning my past with the Unification Church, he focuses on the BITE Model as a useful way to evaluate the level of control used by an organization.

It is with his extensive background and experience that we discuss some timely topics including Dominionism, Evangelicalism, New Apostolic Reformation, and Donald Trump, to name a few. (Please watch the full interview posted at the end of this blog.)

Dr. Throckmorton explains these different groups: Dominionism, Evangelicalism, and the New Apostolic Reformation. Dominionism is a branch of conservative Christianity that views the role of the church as a force for dominion in society. They believe the church has to be a helpful force for good in society. It is a top-down view where the top echelons of society need to dominated by Christians. They believe that if they have control in the upper parts, the effect will trickle down and then Jesus will return. Whereas Evangelicalism is historically about one’s personal relationship with Jesus and one-on-one conversations to Christianity. Dominionism focuses on electing Christians to top-government roles. “They feel like that this has been a mistake to focus on evangelism of the people rather than focus on the king, so to speak, the leaders, the rulers of that culture.”

He explains, “Dominionism is somehow hard to define because there’s not an organized Dominionist association, exactly. C. Peter Wagner is widely credited as a self-proclaimed apostle of the New Apostolic Reformation (NAR). It is a movement that comes out of the Charismatic and Pentecostal churches and whose members are considered spiritual warriors. They do healings, deliverances, exorcisms, speaking in tongues and other so-called “gifts of the Spirit.” There are thousands of people, men, and women who claim to be prophets and claim to be able to have revelations directly from God. NAR folks believe in creating a Christian theocracy and undermining the separation of Church and State.

Rather than personal and spiritual, this reformation is corporate and dominionist. They even pray over Washington, DC, against the “forces of Satan that oppose Donald Trump.” The troubling thing with this movement is the lack of compromise.  Instead of being divided over ideas or policy differences, they believe it is black and white, good vs. evil.

Ralph Drollinger, with his international organization, Capitol Ministries claims to have weekly Bible studies with Vice President Mike Pence and 11 Cabinet members.  Conducted by Drollinger, he believes that the only good voters and politicians are evangelical, like him, with like-minded thought. He seeks to influence top government officials. Dr. Throckmorton wrote an article that critiques one of Drollinger’s studies. In it, he explains, “Today’s evangelical Republicans have twisted their Christianity to make it exclusionary to match the political mood, not the biblical text.” (You can read the article here.)

We go on to discuss Russia, misinformation, Trump, his supporters, mind control, and confirmation bias. Regardless of your religious or political affiliation, this thorough, informative and balanced interview is worth a listen.