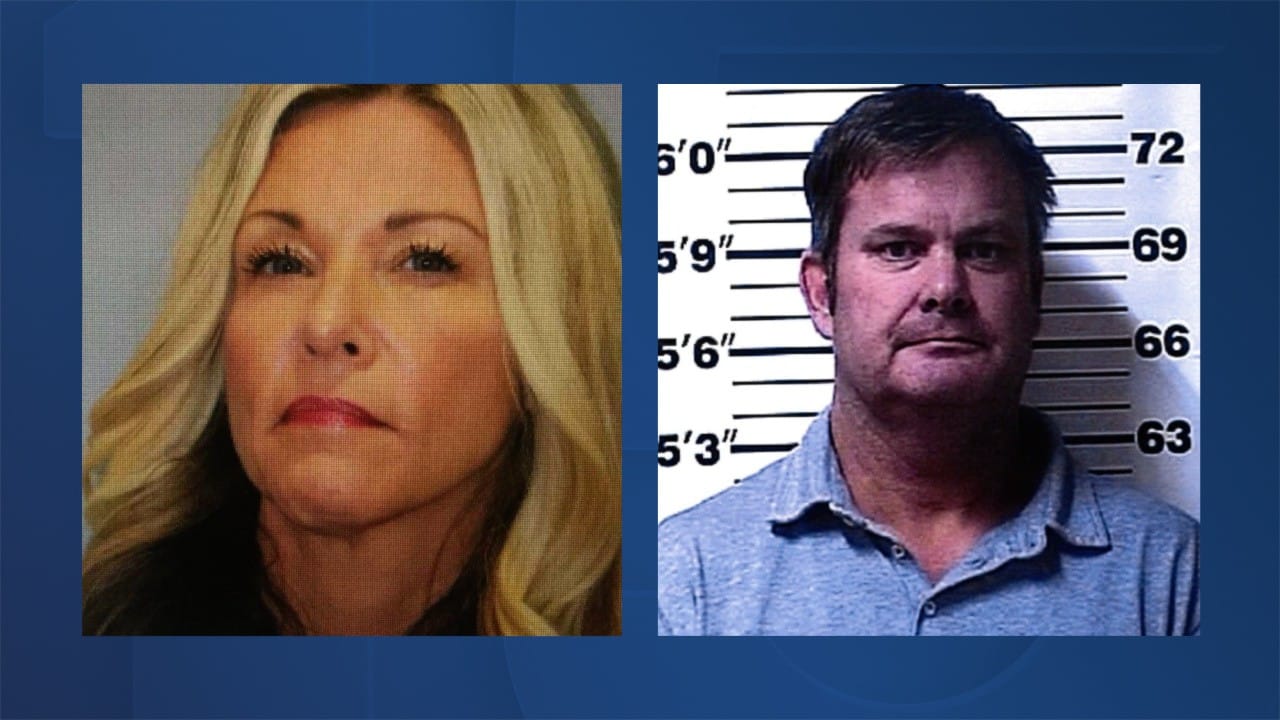 It was a tragic ending to the mystery of where Lori Vallow’s two missing children have been since last fall. The bodies of Tylee Ryan (age 17) and Joshua Vallow (age 7), were found buried on Chad Daybell’s four-acre property. Cell phone pings from Lori Vallow’s late brother led investigators to the bodies of her children. They have both been arrested. Each has been ordered to post a $1 million bond if they wish to be released. Three other suspicious deaths are connected to Daybell and Vallow: his wife, her ex-husband, and her brother who was responsible for the death of her ex-husband.

Earlier this year, before the remains of Lori’s two children were discovered, I was invited several times to discuss the “Doomsday” Mom Mystery on HLN’s True Crime with Mike Galanos. We talked about Lori Vallow’s radical personality change, her demeanor, her beliefs, and how cult mind control may have been involved in the disappearance of her children. If you would like to see the different interviews, we have put up the links in reverse chronological order here: March 10 episode, February 28 episode, February 13 episode, and February 11 episode.

I was also interviewed for azfamily.com to discuss how Doomsday cults are using the coronavirus pandemic as a recruiting tool. There is always an increased vulnerability during crises like the pandemic and economic decline to authoritarian predators and their groups. Their stereotypical goals are power, money, and sex. Cult leaders capitalize on major societal upheavals by tapping people’s fear as a primary manipulation tool. When there is uncertainty, cult leaders, especially those who claim supernatural authority can easily exercise undue influence on susceptible individuals. People born and raised in cults are indoctrinated to return to their cult of origin when upheavals occur. People wish to feel safe and protected. They want someone to be in control who they believe knows what they are doing.

Daybell had written twenty-six books, claimed divine revelations, and presented himself as an authority figure with special divine power. Such people can have a cult following. Those who have been stockpiling food and supplies for doomsday to arrive were primed to believe in Daybell. There was a whole network of people who followed him but once the children went missing, many started to question his and Vallow’s behavior. Lori Vallow especially did not act like a mother who loved her children.

Now that the children’s remains have been located and Lori and Chad have been arrested, I feel it is imperative to discuss this case in more detail. To help me, I invited Dr. Christine Marie Katas to a video discussion. 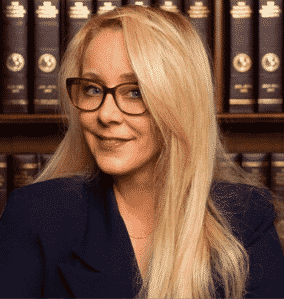 Christine Marie Katas, PhD, is a media psychology professional, author, speaker, educator, activist, and empowerment advocate. She has a Ph.D., an MBA, a Masters in Media Psychology, and a specialization certificate in Positive Psychology and Media.  She is the founder of Technorazzi Magazine that features stories on tech stars, geniuses, hackers, geeks, artists, eccentrics, and savants.

Christine is a survivor of human trafficking, followed by exploitative misrepresentation and humiliation in the media. However, her recovery from this experience resulted in post-traumatic growth and launched her personal quest to turn her life’s darkest moments into something that would make a difference in the world. Among other things, her contributions include two new psychological constructs – ‘mediated representation assimilation’ and ‘traumatic media misrepresentation.’

Today, Christine Marie writes, trains or speaks on topics such as media psychology, media misrepresentation, humiliation and public shaming, victim-blaming in the media, trauma bonds, positive psychology, personal branding, positive parenting, the power of story, life legacy and the digital afterlife, as well as cult psychology, polygamy, human trafficking, female empowerment, and human rights. She is the founder of Voices for Dignity, a nonprofit organization that promotes online kindness and compassion, and that contributes resources and advocacy for survivors of humiliation, oppression, human trafficking, spiritual abuse, public humiliation, etc.

Daybell married Vallow two weeks after his wife died. Very suspicious. They moved to Hawaii and when questioned by media, it was obvious here children were still nowhere to be seen and they refused to comment. Family members said Lori joined a dangerous doomsday cult and her new doomsday belief isolated her from family. During divorce proceedings between Lori and Mr. Vallow, he claimed she believed she was “receiving spiritual revelations and visions to help her gather and prepare those chosen to live in the New Jerusalem after the Great War as prophesied in the Book of Revelations.”

Chad Daybell has written books that supposedly detailed the “end of the world”. The religious group they both belonged to is an offshoot of The Church of Jesus Christ of Latter-day Saints. They believed in reincarnation which is not at all LDS theology.

If Lori did, in fact, undergo a personality change (as many who knew her have said),  the authority figure would have likely been Chad Daybell. He could have been playing on her vulnerabilities, and telling her they were married in a past life. From an undue influence perspective, cult figures systematically separate people from family and friends who can keep them grounded. Isolating recruits in order to spend countless hours indoctrinating them. In this case, Daybell had 26 books and Vallow and he was on a podcast together. Changes occur incrementally over time. Fear about the last days, Armageddon, and Judgement day, and making sure you fulfill your divine role becomes paramount over conscience and common sense. In the mind of a doomsday cult member, your thoughts are: will you be part of the Divine plan to move God’s providence forward, or are you going to lose out and be a part of Satan’s world?

As for Lori Vallow, we do not yet know and details. Of course, it is possible that she was not a victim at all. Time will tell as the facts unfold. Was she involved in her children’s murder? Back on November 18, 1978, Jim Jones gave the order for parents to give cyanide-laced flavor-aid to their children because this is what God wanted to happen. They had been groomed to be obedient to Jim Jones and people killed their own children as a great act of love and faith, believing they were going to a better place. Did Vallow know nothing about what actually happened to cause their deaths?

In order for the police to get more quickly at the truth, a typical criminal investigation and interrogation will probably not be very effective. Daybell and Vallow need to be interviewed separately of course, but one can only hope that officials will do their homework about cult mind control. Someone like Christine Marie could offer unique insight to investigators. So I asked Christine to give her thoughts about how the police could effectively arrive at the truth. If Lori was unduly influenced by Chad Daybell, they would really need to approach her in a way that accesses her identity prior to ever hearing about Daybell. Step by step the process of how she came to be alienated from her husband and came to view her children as zombies need to be unfolded.

The fundamental attribution error is a universal principle of social psychology. It means that when humans are trying to understand other human behavior, they have an inherent bias to overestimate individual variables and underestimate social contextual variables which include social influence. People can indeed be tricked and systematically indoctrinated. I was tricked into becoming a Moonie. Christine Marie came to believe her abuser was a prophet of God. Attorneys need to do their due diligence and find out the facts about the case and build a defense that fits the facts.

We must understand what happened and why. People need to be better educated because it can happen to anyone in the right circumstances. People do not join cults solely because they are super vulnerable or stupid. The truth is that everybody has vulnerabilities. It could be something you believe in, something that you love, a goal for the future or even eternal life. Thousands and thousands of college-educated, intelligent people find themselves one day waking up to the realization that they were subjected to undue influence, having done things that their authentic self knew they shouldn’t have done. They wonder how did they turn off those warning signs.

This is the message of this case. So many have been in mind-control cults or with a controlling personality type that isolated them from family and friends. Listen to the warning signs. Educate yourself about cult mind control and unethical influence. Use the BITE model and Influence Continuum to sort through what fits. Protect yourself and your family.

For now, we will have to patiently wait for the correct information to come out from reliable sources and hope that the whole truth and proper framework is looked at. Please take the time to watch the video interview with Christine Marie. When more people become aware of the dangers of influence and warning signs, tragedies like this can be avoided.