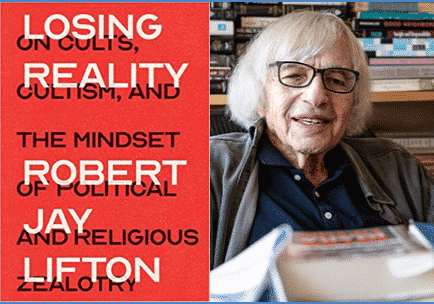 I am excited to share another interview with my first mentor regarding thought reform and brainwashing, Robert Jay Lifton M.D.. (See the list of our previous interviews below). I last interviewed Dr. Lifton in January 2020, following the October release of his new book, Losing Reality: On Cults, Cultism, and the Mindset of Political and Religious Zealotry. Dr. Lifton is quite prolific and has written many important books which are also listed below. Losing Reality is a unique and timely volume. For those that have not yet read all of his other books, this one is a summary of his essential work.

In Losing Reality, Lifton builds on his book, Destroying the World to Save It.  The apocalyptic impulse—that of destroying the world in order to remake it in purified form—is not limited to religious groups but is prominent in extremist political movements such as Nazism and Chinese Communism, and also in some of the groups supporting Donald Trump.

Dr. Lifton is a National Book Award-winning psychiatrist, historian, public intellectual, author and a leading authority on the nature of cults, political absolutism, and what he prefers to say, thought reform. He has taught at Yale University, Harvard University, the City University of New York, and is currently a Lecturer in Psychiatry at Columbia University.

Lifton has spent decades exploring psychological extremism. His pioneering concept of what he now calls the “Eight Deadly Sins” (previously known as “Eight Criteria of Thought Reform”) of ideological totalism has been widely quoted in writings about cults, and embraced by members and former members of religious cults seeking to understand their experiences. These criteria are:

For an in-depth description of what these mean, please see this blog. For those interested in reading my blog where forensic psychologist Dr. Paul Martin applies the Lifton criteria to the Keith Raniere cult, NXIVM, please see this blog. Raniere was convicted on seven counts including conspiracy to commit trafficking as well as involuntary servitude. My BITE model of mind control is built on the foundational criteria put forth by Lifton, Singer, and Schein.

From his decades of experience and knowledge, Dr. Lifton is still sharp and insightful. Fortunately, he remains healthy and continues to write and advocate. So much has happened since I had last interviewed him, so I wanted to hear his thoughts on Donald Trump, the COVID-19 pandemic, racism, police brutality, and more.

As for the huge protests since George Floyd’s murder, racism and its systemic nature in American society has been exposed. Historic protests have been ongoing and large numbers of white people have gotten more active and involved. Videos provide concrete images of black people being killed by police, and in that sense, there’s a reality about racism that the country and the world must recognize. Lifton said, “It’s up to us as psychiatrists and psychologists to look at what this entails in terms of our minds.”

It is important to make known the historical truths about black experiences in this country, from slavery on. And it is that kind of focus on truth and reality that the protesters have picked up on. This protest movement, in a sense, now involves everything because there are parallel reality struggles going on. I extended the BITE model to American slavery by adding kidnapping, lynching, rape, and murder as I wrote this blog after George Floyd’s death.

The reality is that Trump and his followers sometimes appear to be heroic combatants against this terrible virus, but, more frequently, they try to dismiss it, pretending that it never occurred or doesn’t exist now. Trump wants to open the country, despite raging sickness numbers in 14 states and CDC recommendations. The latest is Trump wants schools to be reopened in the fall. He seems only focused on his true believer base–to keep them energized for the November election. Yes, there is a real struggle for reality here. The protests involved in racism and oppression connect directly with the virus because, as we know, black and minority deaths are disproportionately large due to the fact that they are in the workforce, despite the pandemic.

As for Trump, Dr. Lifton restated his thesis that he operates in a “solipsistic reality“–meaning that reality comes solely from the individual self, its experiences, and its needs. And in this sense, Trump can dismiss all authorities, science, and evidence–creating an alternate reality which is fundamentally a rejection of the reality of this COVID virus. Since his election, Trump has been dismantling many of the institutions put in place to safeguard the public and our future. For example, putting someone in charge of the EPA who does not believe in the mission of the EPA.

This is a crucial moment for Trump and the world. The virus is invisible, biological, and real. It is extremely contagious even though infected people may not have any symptoms. It can cause illness and death. Scientists worldwide continue to learn about it which gives us all hope of effective treatments and ultimately a safe, effective vaccine for all. Unfortunately, there are groups pushing conspiracy theories that all vaccines are dangerous, even deadly. Some of these groups are pushing for the “freedom to not wear masks publicly.” They endanger everyone. Unfortunately, there is still no evidence that if one survives the virus, that they can’t get it again or pass it on to others. We just do not know yet.

Science, logic, evidence versus fear, phobias, conspiracy theories. It seems clear that the polarization is coming from the extreme of the right and the left to me. Demonizing each other. Dr. Lifton and I speak out for human rights and for treating others well and not like objects or worse, enemies. Trump thinks if we do less testing, there will be fewer infections. This is childish thinking. In very young children, if you cover their eyes, they think you disappear if you are standing in front of them. NO. Trump repeats over and over again with certitude, thinking that people will believe the big lie. What seems to be happening is more and more supporters of Trump are defecting.

Dr. Lifton and I talk about how Trump is misusing his awesome power. He is dangerous and we have a duty to warn the public. We compare Trump-his tactics and behavior-to that of other cult leaders and destructive groups.

We have reached a climax. Our whole society and world are facing a deep crisis. There is a real struggle happening right now. Let us educate ourselves and others on thought reform. Respond to reality by being open to hearing others’ points of view, evaluating the information carefully, and using one’s intelligence and conscience. Truth matters! Facts matter!  We are at a very grave and significant moment. We are now at a turning point. There has been a groundswell of people and activism. It’s really important that we take advantage of this moment see it as very hopeful. 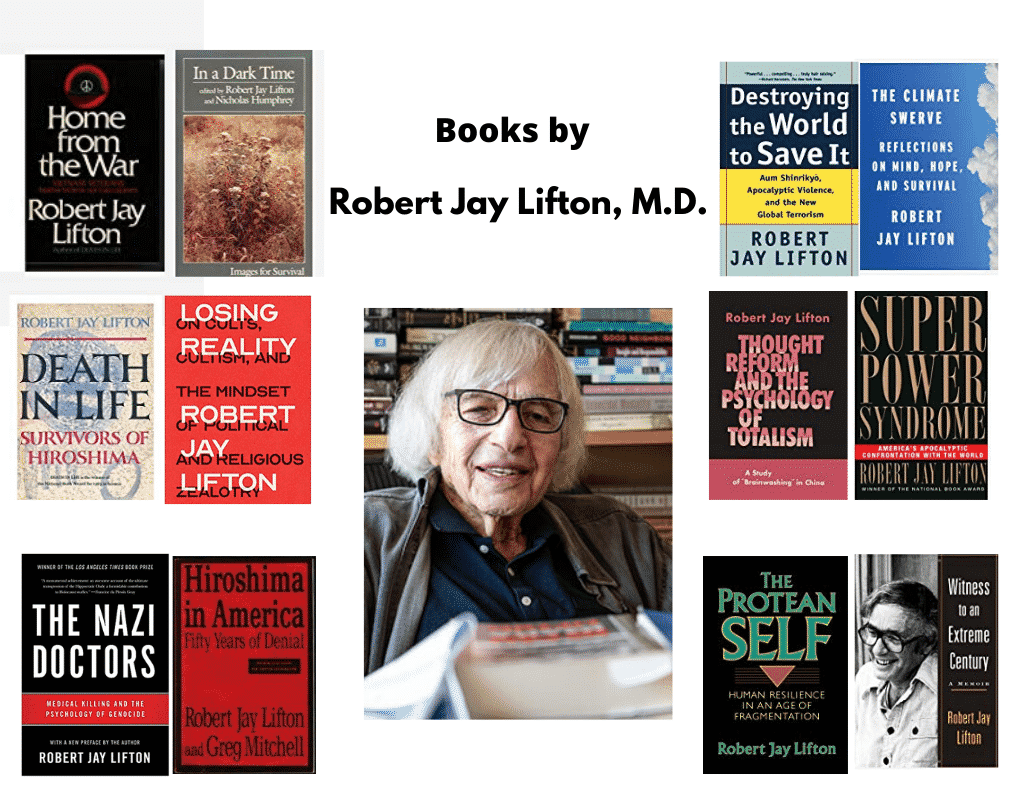 Steven HassanDr. Robert Jay Lifton on Trump, COVID-19, and Racism: The Struggle for Reality and Oppression07.09.2020