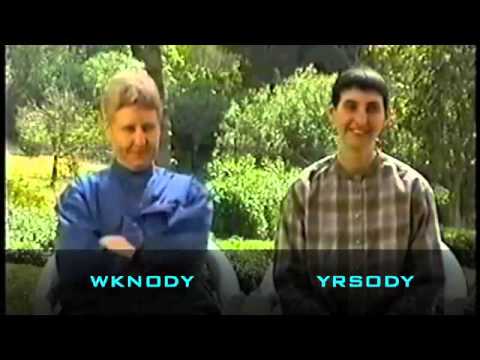 Gail Maeder is on right

Members of the Heaven’s Gate cult took turns making videotaped farewell statements that explained why they had decided to leave their “vehicles” behind and commit suicide. They all said they were happy and claimed that they were exercising their own free will. They had been told that Earth was going to be destroyed in flame and they were just “evacuating” to a spacecraft. Take a moment and take a look at the video which has been posted on Youtube.

In my experience, I think it is wishful thinking to accept at face value a cult member’s words that he or she is “happy.” I know when I was in the Moonies, I was told to always act happy to outsiders– to give a “good testimonial” to the group. Also, in a cult, happiness is often redefined as sacrifice or suffering. Happiness in Heaven’s Gate was defined as overcoming “individuality” and “humanness,” and suicide was redefined as advancing to the next level of existence. Ingesting the fatal pills with applesauce and vodka, along with placing plastic bags over their heads, was seen as a necessary stage of their metamorphosis. The cult identity was “happy” to die. To the members of Heaven’s Gate, not agreeing to die was suicide because it meant not going to the higher level. (I was interviewed for a podcast show on Heaven’s Gate and I appeared in episode seven.)

But, as we have learned, this cult identity is created by sophisticated mind control techniques. It does not represent the whole individual. Don’t get taken in by the smiling mask who might be doing emotion-blocking techniques. Remember, members are taught to suppress negative personal thoughts and emotions. They are trained to speak only positively of their involvement. When the cult member says he is “happy,” it is usually the cult identity that is talking. The cult self is doing what it has been instructed to do. Whenever I ask a cult member if she is happy? and she says, “yes,” I like to do a follow-up question of, “Would you tell me if you were not happy? And give a long silence and watch the facial expression.

When I was in the cult, I told everyone that I was happier than I had ever been in my life. But when you are a Moonie, being close to God makes you happy, and God is defined as a suffering parent. Therefore, the more you can feel God’s suffering heart and sacrifice, the happier you will be. By this Orwellian logic, happiness is suffering. As Moonies, we were also taught to suppress all negative feelings and thoughts, so we had to feel happy. We weren’t allowed to feel anything else. If those feelings crept in, we were chastised and sent for retraining. 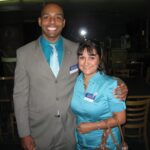 In my experience, family and friends would be advised to not accept such statements without examining the deeper issues. This is a time for reality-testing. If potential Team members have doubts about wishing to help “because the cult member says he’s perfectly happy,” you should encourage them to pursue such blanket statements with follow-up questions for the individual: