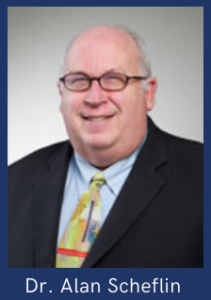 As a result of the January 6 attempted insurrection, over 540 suspects have been identified, and at least 440 of them have been formally charged by the Department of Justice. On April 16, 2021, the first guilty plea was entered by Jon Schaffer, a member of the Oath Keepers militia group. Schaffer, who is 53 years old, is facing 30 years in prison. Some of those who were charged may decide to stand trial. If that option is chosen, they will need to present a defense. The most common reason given for participating in the failed insurrection was some variation of “President Trump told me to do it.” Does this reason fall under the legal theory of undue influence?

Can the defense offer convincing evidence that Trump and members of his family and administration incited the violence at the Capitol? Could Trump and the media people pushing the big lie of a “stolen election” likewise be found to be responsible for encouraging violence? The answer, of course, is not a simple one. In this case and numerous other cases involving the legal theory of undue influence and mind control, a systematic evaluation by experts is required.

Today, on May 5th 2021, Facebook’s independent Oversight Board ruled to continue the suspension of Trump’s Facebook and Instagram accounts. The Board also made suggestions for creating clear policies that balance public safety with freedom of expression. It is my recommendation that Facebook and other media platforms consider utilizing the Influence Continuum, BITE model within Scheflin’s model. The Scheflin Social Influence Model (SIM) (2015) was a significant feature of my doctoral dissertation: The BITE Model of Authoritarian Control: Undue Influence, Thought Reform, Brainwashing, Mind Control, Trafficking, and the Law.

I asked Dr. Alan Scheflin, my mentor, colleague, and long-time friend, to join me in a discussion of undue influence and the law. Dr. Scheflin is a Law Professor Emeritus, Santa Clara University Law School. He has a B.A. with High Honors, a J.D. with Honors, an M.A. in Counseling Psychology, and an LL.M. Dr. Scheflin has done decades of research on brainwashing and mind control, the effects of trauma, and the use of hypnosis, particularly as they relate to the legal profession. He is the author of numerous books and academic papers, including The Mind Manipulators, Trance on Trial, Law and Mental Disorder, and the award winning, Memory, Trauma Treatment and the Law.

Development of the Social Influence Model

Demonstrative Evidence: One of the first trials in which Dr. Scheflin appeared as an expert witness was brought on behalf of prisoners in California. Their claim was based on inhumane overcrowding due to three prisoners being held in one cell. The plaintiffs’ attorney placed a full-size model jail cell in the courtroom. The door to the cell opened directly at the judge’s seat. Dr. Scheflin was impressed by the impact of actually seeing the cell; he realized that describing the cell only in words, even if the description was completely accurate and compelling, was not as effective as actually seeing it.

Subsequently, Dr. Scheflin was scheduled to testify in a case in Texas that involved multiple characters and many tough legal questions. He met with one of the lawyers and explained the characters involved, the timeline, and perceived motives and consequences. But he was concerned about how the information could be presented in court. A long oral presentation involving hundreds of details can easily lead a jury to become confused,  inattentive, and experience “brain freeze!”

The next day, however, the attorney presented a large, well-organized chart that laid out all the information in multiple dimensions and colors. The important elements of the case could be grasped quickly by looking at the chart. The chart would also provide clarification during the oral presentation of the case.

Undue Influence: “Brainwashing” or “thought reform” are not widely accepted as legal theories and courts rarely hear cases based on these concepts. However, the legal theory of undue influence is widely accepted.

Undue influence had been recognized in the law for hundreds of years but was used primarily regarding testamentary capacity in probate cases involving estates and wills. These cases almost always involved a person with mental or physical incapacitation who was taken advantage of by a trusted caregiver. The damages in these cases were generally clear, as they would involve a certain amount of money or valuable items left in a will to someone other than someone customarily considered to be rightful heirs.

Dr. Scheflin has researched many CIA programs, including Bluebird, Artichoke, and MK-Ultra. He has also studied the antisocial uses of hypnosis and other social influence techniques. Scheflin knew there was a critical need for a legal theory of undue influence that addressed mental subservience that can occur in otherwise healthy, functioning adults who are subjected to the sophisticated tactics of cult leaders and other mental predators. He searched for a theory acceptable to judges, allowing persons who had been victimized to have their day in court. And he sought a mechanism to enable judges, jury members, and lawyers to assess the damage done through cult indoctrination or the pernicious influence of malignant narcissistic predators. The undue influence theory needed only a minor adjustment — accommodating its protection to damages for mental harm and distress.

The inspiration for Scheflin’s Social Influence Model (SIM) was Rudyard Kipling’s poem “I Keep Six Honest Serving-Men.” The six men Kipling names in this poem are: What, Why, When, How, Where, and Who. Scheflin realized that these six “men” are the essential elements of all storytelling and would be very useful to describe the contours of the undue influence theory. In addition to including the SIM in my dissertation, I have written about it previously. Briefly, however, these are the aspects of undue influence that need to be considered when assessing its impact in any particular situation:

Use of Influence in Prosecution and Defense

Two well-known criminal cases illuminate the use of the legal theory of undue influence. Patty Hearst claimed it as a defense in 1976, after she had been kidnapped by the Symbionese Liberation Army and participated in the armed robbery of a bank, as well as other illegal actions. The SLA was a left-wing, domestic terrorist group whose goal was to incite guerrilla war and destroy the “capitalist state.” Hearst testified that she had been raped and brainwashed by members of the SLA. Psychologist Margaret Singer and Psychiatrist Robert Jay Lifton, both prominent experts on undue influence, mind control, and the effects of war and political violence on individuals, testified on her behalf. One of the main reasons Hearst was convicted was her lawyer’s failure to explain undue influence sufficiently to the judge and jury.

The second case was the prosecution of Michelle Carter in 2017. Carter was charged with involuntary manslaughter in the suicide of her boyfriend. Carter had been on the phone with him and encouraged him to go through with his plan to kill himself, even when he expressed second thoughts. The prosecution based their case on the theory of undue influence. Legal experts predicted that Carter would not be convicted under this theory, but she was. Dr. Scheflin’s Social Influence Model provides one way to understand how undue influence was an appropriate legal theory in this case.

In the prosecution of Carter, the application of Scheflin’s model could look something like this:

Assessing undue influence and how it may or may not have led to the consequences in a legal case is a complicated procedure. An expert in undue influence and a forensic psychiatrist or psychologist who is expert in administering psychological testing will likely be necessary for a thorough evaluation. The BITE Model of Authoritarian Control offers a thorough and granular assessment for techniques of influence. Of course, each case is different, and so forensic experts will be needed to do a proper evaluation.

Will Influence Play a Part in Insurrection Defenses?

It is unknown at this time if any of those arrested for their participation in the January 6 attack on the Capitol will try to use undue influence as a defense. The former President indeed devoted a great deal of time and effort to stir the pot of divisiveness, anger, frustration, and fear. He did this primarily through social media, media like FOX and other right-wing outlets, as well as campaign-type rallies (like the one that sent people to the Capitol on the 6th). He consistently made inflammatory statements that seemed to encourage violent actions. And prominent members of the Republican Party have, in speeches in Congress and elsewhere, laid blame and responsibility at his doorstep.  Most of the accused, I assume, will do a plea deal with authorities, which would eliminate the need for a specific defense.

In any event, despite the prominent position of Donald Trump in all of this, there is a related serious issue. A constant stream of lies, propaganda, and disinformation flows through social media on a 24/7 basis. The Federal  government needs to address this issue. A person who has genuinely been coerced by manipulative recruitment into performing illegal actions can proceed under the legal theory of undue influence. In such a case, the victim should receive competent help in reclaiming their freedom of mind, and the manipulators should be subject to appropriate legal consequences.

At the end of our conversation, Dr. Scheflin characterized our friendship as a mutually beneficial relationship. We have made each other better, and wiser people and have endeavored to comfort victims of mental assaults. I hope as a society we can focus on making all of us better and wiser people desiring to heal the deep divisions that have flourished over the past four years.