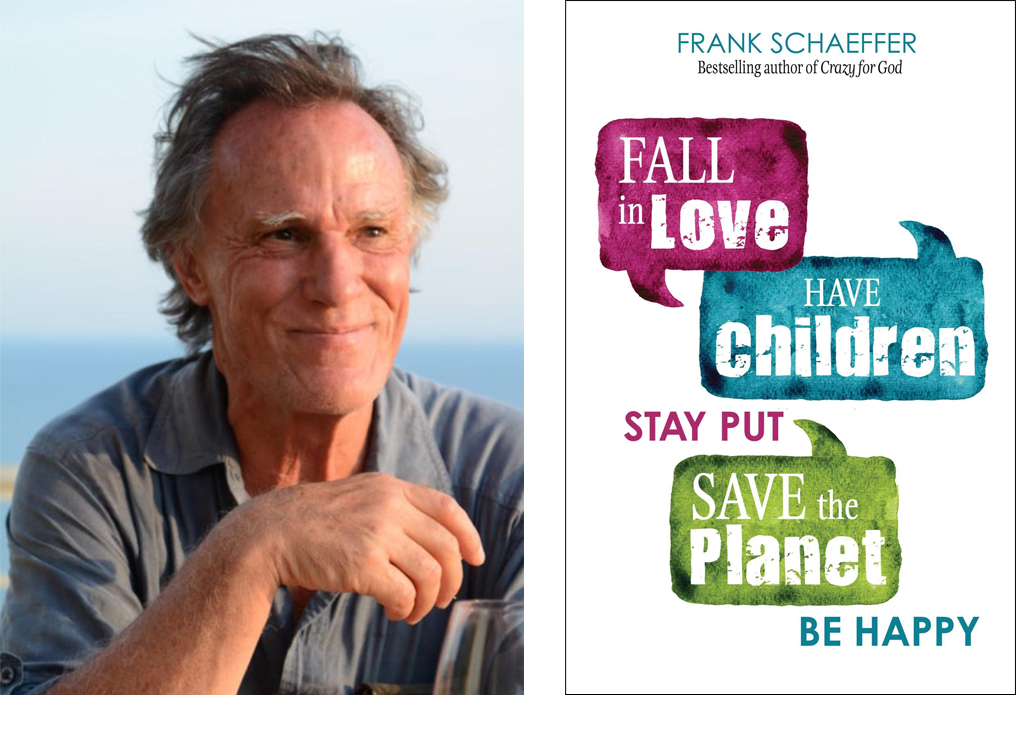 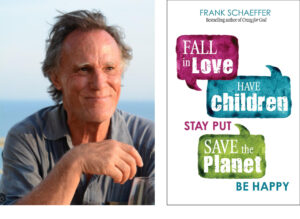 In my book The Cult of Trump, I present a thesis that Donald Trump was a symptom of decades of right-wing maneuvering to gain power and institute a theocracy by eliminating the separation between Church and State, which the Founders of the Constitution tried to ensure would not happen. White evangelical Christians, among other powerful groups like The Family, Opus Dei, and the New Apostolic Reformation, appear to support this movement and, indeed, are the driving force behind it because they believe Trump is being used to do ‘God’s work.’

Someone very experienced in talking about this issue is Frank Schaeffer. He was born and bred into an evangelical fundamentalist life and went on to play an active role in helping to politicize evangelical leaders. He has now bravely written and spoken about his regret at the part he played in this process and is an active religious reform activist.

Frank Schaeffer is a New York Times bestselling author of more than a dozen fiction and nonfiction books. He is a self-taught documentary movie director, a feature film director, and an artist. He is, of course, also the son of the legendary Francis Schaeffer, a minister, theologian, prolific author, and one of the most influential figures in American evangelicalism.

Frank’s memoir Crazy for God is used as a textbook in the history of religion classes in universities because it provides a fascinating insight into the American evangelical movement. His latest book, Fall In Love, Have Children, Stay Put, Save The Planet, Be Happy, is the culmination of a personal journey of liberation from his fundamentalist Christian past. It focuses on a joy-filled life centered around family, connections, and community.

I am delighted to have had the opportunity to interview Frank Schaeffer for my podcast, The Influence Continuum, about his personal experiences and the insights he has gained along the way.

The Religious Right Moves into Politics

Frank describes his experience growing up homeschooled on a humble fundamentalist mission in Switzerland, known as the L’Abri community, established by his parents, Francis and Edith Schaeffer, in 1954. Francis was adept at making evangelical Christianity relevant to the broader culture, particularly young people. In Frank’s words, “Dad was doing what nobody else in the evangelical world was doing, which was putting together a real attempt at a synthesis of evangelical Christianity with modern culture.”

By the 1960s, Francis’ ministry got on the radar of American evangelical Christianity, and his books became a global phenomenon. Evangelicals at the time were not involved with political issues like the pro-life movement, which had been a predominantly Roman Catholic concern. However, Frank convinced his father, arguing for a theological stance against abortion in the film series they were making together. This move helped politicize evangelicals on the issue of abortion and influenced the religious right to move into politics. The abortion issue became a catalyst that mobilized people into other areas, such as gay marriage, women’s rights, and religious freedom.

Fast forward to 2016, and Donald Trump became President on a broadly evangelical vote, in what Frank calls a “marriage of convenience” – evangelical leaders promised to bring votes if Trump supported many of the issues they were interested in, and this included appointing conservative judges to the federal court, like Amy Coney Barrett. The latter would be anti-abortion and committed to overturning Roe v. Wade.

“It was never true belief,” Frank explained. “The Evangelical leaders saw this as a means of fundraising based on energizing their folks to warn them about the liberal humanists.”

When Amy Coney Barrett was put forwards for the Supreme Court, I did three blogs and videos questioning the decision on the basis of her being a member of The People of Praise, which utilizes authoritarian mind control and is not religious. For me, religion implies faith and informed consent, the freedom to ask questions, and the freedom to check if somebody is abusing their authority from the pulpit. I have spoken with former members of People of Praise, and in my view, the behavior they describe fits the BITE model of Authoritarian Control, which raises concerns about Amy Coney Barrett’s ability to function independently in her role.

The evangelism Frank was brought up in was very different from what we see today in evangelical Christianity, which has become heavily politicized. Frank described how the world he was raised in was about love and compassion and helping people develop a personal relationship with Jesus. But now, it has been corrupted by the desire for power and money and self-serving theology. Frank said he has changed his mind about evangelism and has become a religious reform activist because evangelical Christianity has moved away from being a religious movement and is now an authoritarian political movement. He questioned how he became part of something that now involved lies, criminality, and greed.

Mind Control: How People Are Influenced to Support People that Contradict Their Values

As a mental health professional, I am interested in how people can be influenced to give up their beliefs and support someone or something that is entirely against their values, religious orientation, and/or integrity.

Before I was recruited into the Moonies, I was avidly against Richard Nixon. Still, I was in the room with Sun Myung Moon when he said democracy was satanic; we needed to infiltrate the government, we needed a theocracy, and God wanted Nixon to be President. Then, when I had my near-fatal van crash and was deprogrammed, the lights turned on, and I couldn’t work out at the time how they did this to me.

Through mind control, people can get programmed into a different reality. Under the right circumstances, anyone can be persuaded to adopt new beliefs that conflict with their values. The people in power do not want the public to understand mind control, how it is done, and how to protect themselves.

The future of humanity depends on people becoming aware of the social influence processes being used on them by society’s institutions and learning ways to counter those processes.

In Conversation with Frank Schaeffer Podcast

Exvangelicals Find a Voice and Speak Out Against Authoritarianism

Following Jesus in the Age of Trump: A Discussion with Dr. Mary Theresa Webb