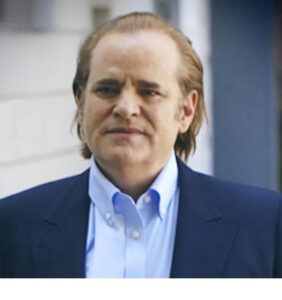 The Cult of Cult Apologists is the name of a new blog based on months of research by Augustine, a journalist, and former Scientologist. Scientology is one of the most well-known destructive cults of our time. Well-funded and organized, they have a long history of pain and suffering, lies, and criminal activity. Jeffrey Augustine dedicates his investigative journalism talents to his blog, The Scientology Money Project. He covers Scientology in real-time, offering an in-depth analysis of legal and governmental documents and court cases. Augustine reports on the pervasive culture of white-collar criminality and financial scams within Scientology perpetrated by its members, in addition to cover-ups of rapes and child molestation. Augustine appeared on Leah Remini’s double-Emmy show Scientology and the Aftermath. His work has been quoted by Fortune, Forbes, Money, and many blogs published by law firms involved in complex litigation against Scientologists.

Questioning his intense involvement in the Pentecostal movement, Jeffrey took some Scientology courses at the invitation of a friend. He notes, “The first thing I noticed when I started reading Scientology books was a lack of apologetics. Where do they explain what Scientology is? When I read Hubbard, it was clear. There’s no defense of the faith. When I had questions, they just told me to read his book Dianetics, which just seemed to me to be public relations. Dianetics made no sense.”

Dianetics explains that there’s this reactive mind, and Hubbard uses words like “analyzer” and “particle flows” that don’t explain anything. “I didn’t see any apologetics in Scientology.”

Jeffrey was not alone, so Scientology and other cults outsourced their apologetic function to people with Sociology of Religion degrees to try to make the explanations seem legitimate. He asserts these “scholars” were paid, in essence, cult propagandists.

Augustine just published a very important article where he documents his assertions. Attorney Massimo Introvigne is considered the head of this disinformation effort and a founder of the Center for Studies of New Religions. CESNUR’s journal has published more than 70 pro-Scientology articles. They turn a blind eye to Scientology’s flagrant human rights abuses, cover up rape and child molestation, master race doctrine, and the use of child labor. More recently, he is on the editorial board of a journal called Bitter Winter, which portrays itself as protecting religious and human rights yet attacks cult experts like myself. They focus on all authoritarian cults, including the Moon organization, Aum Shinrikyo, and Heaven’s Gate, to name just a few.

The cultural apologists are all Caucasian, all white scholars. They’re all approaching their 70s, with Massimo at 67 as one of the youngest. It’s a cloistered, self-referential, tautological world financed by cults built on strawman fallacies. They have no compelling message, whereas Jeffrey Augustine leads a persuasive narrative with evidence, documents, and facts.

These disinformation propagandists use three steps:

Step #1 – Disregard the Testimony of Former Members and External Critics

Former members are apostate, which is supposedly used as a neutral term. Jeffery explains, “I know from being in the Pentecostal church that one of the worst things you can be called is an apostate because God’s wrath will be ‘poured out upon them.’ That’s true in Islam and in Christianity. So, it is an offensive weaponized term, full of malice, as hostile propaganda dehumanizing former members and devaluing their testimony. I’ve interviewed hundreds of former Scientologists from the very top of the hierarchy to low-level public members. And I can tell you, as a registered Private Investigator (PI), that this is all valuable eyewitness testimony that would be admitted in a court of law. And, of course, they say, external critics like me should be completely disregarded!”

Core to the argument that Scientology is not a cult is the claim that brainwashing does not exist. Massimo Introvigne has been saying this for decades. The strawman propagandists use is that if brainwashing exists, it must be 100% effective on everyone, forever. So, since people leave, there can’t be any such thing as brainwashing. Once the word brainwashing is used, they dismiss and ignore everything from that point onward.

Insist that all religions once started as a cult and that the use of the word cult impinges on religious freedom. Groups such as Scientology, Moonies, Krishnas, and Children of God have been called a cult often enough that they wanted to clean up the terminology by rebranding themselves as New Religious Movements. Of course, there are political cults, pseudo therapy cults, Multi-Level Marketing cults, and one-on-one cults that have nothing to do with religion.

Augustine – On Exposing the Lie

Jeffrey Augustine cites a study in his blog post in which the Chairman of the Joint Chiefs of Staff, along with the US Defense Department, released a study, Cyber on the Brain: The Effects of CyberNeurobiology & CyberPsychology on Political Extremism. This research uncovered a very sophisticated radicalization model, like what cults do to people. They create a new identity. That’s extremist, psycho engineering done gradually, depending on the person, to radicalize them.

The processes of cultic religious and terroristic radicalization are described in the FBI radicalization framework as “a dynamic, multi-tiered process involving multiple interacting factors that influence an individual. These factors range from personal level factors to the political and social context within which individuals find themselves. Radicalization and mobilization are neither linear processes nor are they necessarily permanent.” So, not 100% effective on everyone, forever.

As a private investigator, Jeffrey Augustine knows what evidence is, but he also knows, working with Scientology, what propaganda is.

The bottom line is that cults hate to be called cults. A New Religious Movement rebrand doesn’t change the nature of an authoritarian cult. Paying money for academics to write journal articles and do interviews and attend conferences at the very least muddies the waters and at its worse, distracts people from the reality that undue influence exists. Denying brainwashing exists is a strawman, not any type of respectable propagandist. Even successful propaganda does not change the nature of a cult.

Jeffrey Augustine is uniquely qualified to examine not only the nature of Scientology but to do this critical appraisal for Introvigne and other apologists. Watch our podcast conversation for more of his exceptional insights, and check out his blog, The Scientology Money Project. Jeffrey told me he titled the article part 1 because he intends to do many more blogs on this subject of disinformation and “religious freedom.”