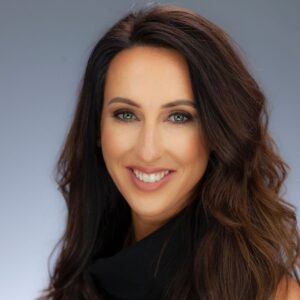 Tricia earned her Ph.D. in American Studies from Michigan State University, and she specializes in the US government’s influence on film and media production. She is the author of three books, including The CIA in Hollywood: How the Agency Shapes Film and Television and Superheroes, Movies and the State: How the US Government Shapes Cinematic Universes, which she co-authored with Tom Secker.

Most recently, Tricia launched her very own podcast: Worldwide: The Unchosen Church. In the podcast, Tricia talks about her challenging life as a second-generation member of the Worldwide Church of God.  Her guests also bring their firsthand accounts of life inside of the WCG,  helping to explain why “good, smart and normal people” end up joining cults and helping her to explore the traumas and rewards of high-demand religious groups.

The Worldwide Church of God was a cult founded by Herbert W. Armstrong in the 1930s, during his days as a radio broadcaster. One of the reasons that Tricia points out for Armstrong’s successful cult influence was his use of media. He used to buy a good amount of radio time for his ministry during the 1930s, and later on, in the 1950s, he entered TV with his broadcast The World Tomorrow.  The church also had two magazines – The Plain Truth and The Good News – which reached a circulation of over 6 million worldwide.  Herbert Armstrong led his cult for nearly 55 years, and for a time, his son, Garner Ted Armstrong, who helped his ministry, was the most successful religious broadcaster in the United States.  Although church membership never really climbed above 150,000 members during its height in the 1970s, the church brought in more money than the Billy Graham and Oral Roberts ministries combined.

Life in Worldwide Church of God

Talking about her life in the Worldwide Church of God, Tricia expressed how, as a child, she never imagined her life as an adult because she and the rest of the cult members were repeatedly told that a third world war was coming in the next few months, or maybe, the next few years. This hampered her from thinking of her future life because she and the rest of the members believed that the end times were near, and as a result, few church members saved for retirement, bought property, or invested in their children’s college education funds.

Moreover, Tricia tells us about one of the most tragic aspects of being a part of the Worldwide Church of God. The cult did not support the idea of getting professional medical and psychological help. This happened because Armstrong did not believe doctors to be reliable helpers; hence pastors were called in cases of medical intervention for cult members. Tricia also highlights the hypocritical nature of this teaching, as Armstrong himself used medical assistance from doctors as he aged.  Tricia notes that in episode two of her podcast, her guest, Jesse Moskel, shares an account of his three-year-old sister dying of leukemia because his parents did not believe in modern medicine, and how her own father had committed suicide after a long bout with depression because he was conditioned to not seek professional psychiatric help or to engage in the use of antidepressants.

She also talks about the gender roles in the cult. Men were seen as the leaders; hence they sat on the aisle and were responsible for sermons and other religious practices, while women, on the other hand, were relegated to piano playing and were unable to lead prayers or deliver sermons during services. Members of the cult were also not allowed to participate in most traditional holidays, including Halloween, Christmas, and Easter, which were seen as sinful due to their pagan origins. Tricia shares an account of the Halloween parties that she always missed at school because of her cult beliefs, but shares, that at the time, she viewed being “the odd one out” as a ‘badge of honor’ for her cult.

Tricia recalls that three events eventually lead her out of the cult.  The first is that after Amstrong died in 1986, the group’s leadership passed to Joseph Tkach Sr, and during her college years, Tkach worked to reverse many of the teachings of The Worldwide Church of God.  In this process, Armstrong, who had always been taught as infallible, was now being called fallible by the new administration.  With the certainty of the church’s teachings in peril, Tricia began questioning what other things in her worldview, which she once considered to be certain, could also be wrong – leading her down a path of skepticism and critical thought.  The second thing was her father’s suicide.  The church often taught that God would not give you anything that you can’t handle, but after her experience, she recognized that many people commit suicide daily,  fueling her further doubt about religious teachings. The final piece of the puzzle was that after attending her cult’s college, Tricia moved to Bangkok, Thailand, where she was surrounded by Buddhists.  Here, she came to understand religion as geographical – that we believe what those around us believe and that beliefs are highly dependent on the cultures in which they were formed. These three elements worked to challenge and eventually deconstruct the religious “Truths” that the Worldwide Church of God had taught her since birth.

Healing Tips for Those in Cult

I also shared some healing tips for people intertwined with the difficult cultural practices of cults. The first tip is about self-awareness. In case of sickness, you should be aware that the element of indoctrination is still functioning, and then ask yourself what normal people do that are not a part of the cult. After this, head back to the first time you did nothing about your illness and then think you could have gone to a doctor to avoid worsening things. This is just a brain-rewiring practice. So, whenever you get ill now, you would directly reach out to a doctor.

Secondly, learn to time travel. In moments when you need medical help and are reluctant to get so because of your cult’s culture, just reconnect with your childhood and make it understand your future desires and achievements. It is a perfect self-reflection strategy to understand authoritarian control.

Thirdly, I want you to pay close attention to the language of your cult leader and understand their ‘They vs. Us’ mentality.

We always focus on the negative impacts of cult life. However, there is always a silver lining to everything we experience. You can learn so much, just like Tricia learned about international travel and public speaking, which helped her in her profession as a professor. I used to be a shy person, but my life at Moonies helped me to voice things and communicate with people around me. You should sift through your cult life moments and integrate the positive ones in your life to shape your personality.

It is not a sin to be in a community of like-minded people. Groups have a sense of belonging and social cohesion in them. People connect on common grounds and come to help whenever needed.