Healing From Torture and Human Trafficking 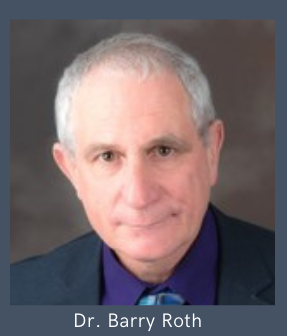 Survivors of authoritarian cults who engage in the difficult work of regaining true sense of self and ability to think freely give inspiration to the professionals who work with them. When a person has been trapped in the most violent expressions of authoritarian control—torture and human trafficking—but still retains their dignity and integrity it is humbling.

My colleague and friend, Dr. Barry Roth, is a distinguished forensic psychiatrist. He is Board Certified in several areas: Psychiatry, Forensic Psychiatry, Addiction Psychiatry, Addiction Medicine, and Geriatric Psychiatry. For more than 20 years Dr. Roth has performed pro bono forensic evaluations for torture survivors who are seeking refugee asylum. Dr. Roth and I are members of the Program in Psychiatry and the Law at Harvard Medical School. We share the conviction that legal systems need to be revised in light of current research and understanding of undue influence. In a recent conversation we explored the international prohibitions against torture and human trafficking. We also discussed how undue influence is used by authoritarian cults and governments.

The International Perspective on Torture

The international community overwhelmingly regards torture as completely unacceptable. Its prohibition should be absolute. The Geneva Convention of 1949, amended in June of 1977, prohibits torture and other inhuman treatment. In December of 1984, the 39th session of the United Nations General Assembly adopted the Convention Against Torture and Other Cruel, Inhuman or Degrading Treatment or Punishment. The Convention was subsequently ratified by the vast majority of countries world-wide.

The UN Convention defines torture as the infliction of severe pain and suffering by individuals claiming governmental authority. This authority can be explicit if openly approved, or implicit when governments turn a blind eye to its use. The Convention does not allow subordinates to avoid legal responsibility by claiming they were just “following orders.”

Torture is not only used by state actors, but in varying degrees in authoritarian cults. It is also used by human traffickers, and malignant narcissists in personal relationships. Numerous inhuman and physically violent tactics can be used to coerce and intimidate. However, torture is not always physical. In fact, the use of psychological torture that does not leave physical evidence has become a niche in the repertoire of those Dr. Roth refers to as “torture masters.”

Human trafficking for sexual (prostitution) and labor (slavery) purposes is another serious global issue. Traffickers use the same undue influence and control tactics that are used in authoritarian cults. These include:

While most cults may not use torture in its most extreme forms, there are practices that certainly fit on the spectrum. Synanon, for example, was on the surface a drug treatment program. But it was actually a destructive cult. Synanon used a tactic called “The Game.” A group of participants would sit in a circle and one of them would be assigned to be in the “hot seat.” Members of the group would take turns criticizing the person, pointing out their faults and disparaging their character. If the person tried to defend themselves, others would join in the verbally abusive assault. Use of vulgar language and false accusations of crimes were encouraged. This verbal barrage would continue until the person in the hot seat “confessed” to everything.

The International Church of Christ (ICC), Jehovah’s Witnesses and other religious cults use public scorn and shunning to humiliate and control their members. I have worked with former leaders of the ICC who performed “breaking sessions” to psychologically shred a person. This was often three-on-one and could go on for many hours. Eventually the victim would break down and confess to every sin. These “sins” included not praying hard enough, or not trying hard enough to recruit new members.

No matter the particular form or level of severity, the desired end result is the same: disrupt the personality to whatever extent is necessary to instill obedience. The process follows a pattern described by Edgar Schein in his 1961 book Coercive Persuasion. Schein was an Army research psychologist studying Chinese brainwashing. Based on social psychologist Kurt Lewin’s model of change, Schein identified three essential steps in the brainwashing process.

These three steps are key to understanding how authoritarian cults operate and create a new identity (the “cult self”). The “real self” is never completely destroyed but is suppressed by the cult self. This suppression is supported by the rituals and practices of the cult itself. Maintaining a dual identity creates a dissociative disorder, as described in the DSM-V, 300.15.

The effects of authoritarian cult indoctrination are damaging and long lasting. Even after leaving a cult, former members struggle with this damage. Mental health and legal professionals need better understanding of this struggle in order to effectively serve their clients. A recent post addressed some of the need in the mental health professions (see link below), and more information on that subject will be shared in future posts as well.

Current legal definitions of undue influence relate mostly to wills and testamentary capacity. There are some laws that address coercion or manipulation of elders or mentally disabled persons. However, the definitions are not broad enough to address the needs of cult members. Human beings are highly susceptible to deception and social influence. The internet provides fertile ground for destructive cults to engage in almost unrestricted recruitment. False information can be promoted on a 24/7 basis. Anyone can be seduced by these sophisticated tactics. Unfortunately, most people lack sufficient tools and understanding by which to protect themselves.

My graduate studies and PhD dissertation were focused on quantitative study to formulate an easier way to discern ethical from unethical influence. The BITE Model of Authoritarian Control was developed during this study. Additional research is needed to provide statistical evidence on which specific laws can be formulated to protect the public from undue and unethical influence.

The January 6th failed insurrection attempt at the Capitol is a perfect example. For months in advance false information regarding the legitimacy of the election was repeated over and over again. Numerous legal maneuvers were dismissed even by judges who had been appointed by Trump. Countless public officials certified that the voting had been legitimate. But the “Big Lie” prevailed in the minds of those indoctrinated into blindly following Trump.

I shared with Dr. Roth my experience of seeing the riot at the Capitol. Sean Moon, son of the founder, was there with a busload of his cult members. If I had still been a brainwashed and indoctrinated member of the Moonies, I would probably have been there myself. But my family loved me enough to rescue me, and many others helped in my deprogramming. Anyone who broke the law during the assault on the Capitol is personally responsible for their actions. They should bear the legal consequences. But my heart goes out to those who were co-opted, who believed the big lie and the indoctrination. It could have been me, and it could have been anyone.

Dr. Roth has spent the majority of his life working to create a more just and compassionate world. During the Vietnam War he was troubled by the damage being done to American troops, as well as to the Vietnamese people. Understanding the effects of violence on the human psyche became an abiding interest throughout his professional work. In 1990 he participated in a non-violent protest against nuclear weapons. But it was in his work with torture victims that he struggled most with spiritual and ethical questions.

Torture and human trafficking can completely break someone; that is tragic but understandable. It does not reflect negatively on that person. But Dr. Roth found it  astounding that many survivors were still able to believe themselves worthy of asylum and healing. He began to ask “How did you survive?” The answer may sound somewhat arrogant in light of what so many have suffered. But it is simple things that help us survive–family and friends, cultural traditions, spiritual beliefs, and hope for the future.

I asked Dr. Roth if he had any thoughts to share about how we might counter the polarization, the anger and demonization of each other that still exists in our national life. He replied that science matters, the truth matters. We belong to the same species, and live on the same planet.  All of us want to be seen and heard. We always need to remember that we are our brother’s keeper.