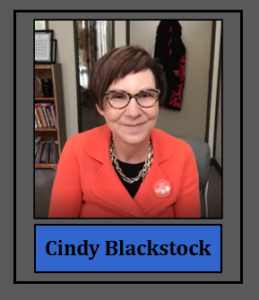 The “merciless Indian savages…”  Those words in the United States Declaration of Independence entrenched the way colonial states defined Indigenous peoples as “savage” and their relationship with the “civilized Americans” as represented by federal and state governments. This dehumanizing propaganda was the pen of history, of social norms and laws writing on our societal manuscript about what the United States is and who we are as Americans. It served to normalize and even legitimize the wrongful dispossession of land, resources, and even the children of Indigenous peoples. Colonialism is a potent societal mind control virus infiltrating society so that contemporary human rights abuses such as the chronic underfunding of public services as basic as water on reservations is excused, explained, and rationalized when the deprivation of water for non-Indigenous folks in Flint Michigan made headlines and movies.

As a cult expert, I have extensively studied the ways in which authoritarian leaders use mind control and undue influence. I developed the Influence Continuum and the BITE Model of Authoritarian Control to help identify the ways cults indoctrinate and control people. Many people do not realize that cult mind control tactics are not only used by fringe religious leaders. In fact, these cult tactics have been used throughout history to maintain a system of oppression of marginalized racial groups.

In honor of Indigenous People’s Day in the United States October 11th (formerly Columbus Day), I spoke with Cindy Blackstock to discuss the ways in which authoritarian mind control tactics have been used to subjugate Indigenous peoples. Canadians celebrate Thanksgiving on October 11th, and so we felt it would be best to publish this on the 7th, to encourage more peoples, and especially the media to do stories for October 11th.

Dr. Blackstock is a human rights defender and a Professor of Social Work at McGill University and the Executive Director of First Nations Child & Family Caring Society. She is a member of the Gitxsan First Nation. (First Nations is a term that describes Indigenous peoples in Canada who are not Métis or Inuit). Blackstock has conducted extensive research that focuses on identifying the structural inequalities that affect First Nations families. She also has over 30 years of experience in child protection and indigenous children’s rights.  Blackstock believes that the Influence Continuum and BITE Model are useful tools to help identify and describe the ways that colonial governments have used mind control on non-Indigenous and Indigenous peoples alike to promote and sustain their flagrant human rights abuses and thefts of lands and resources.

Historically colonizers have exerted undue influence on Indigenous peoples by destroying their culture and forcing them to assimilate, dehumanizing them, and indoctrinating the public to believe myths about the benevolence of the colonizers and the “savagery” of Indigenous peoples. These agendas are engrained in laws to cast injustice as “justice” and resistance and human rights defending as “illegal.”

Information Control and the Destruction of Culture

Just like cult leaders do, colonizers use brutal, authoritarian tactics and engage in mind control and undue influence. Thought control is a tactic that cult leaders use to manipulate people into abandoning their identities and to instill a new sense of reality. In the United States and Canada, this tactic is used to systematically erase Indigenous language, history, and traditions and perpetrate genocide.

As part of an assimilation effort in Canada, from the 19th century until the 1970s, more than 150,000 indigenous children were forced to attend state-funded Christian boarding schools. Rising public awareness — perceived as “discoveries” by non-Indigenous people — of mass grave sites at many of these schools have revealed that thousands of children died of disease and abuse and were never able to return to their families. The wood markers of the graves pierced through the colonial mind control like a red-hot poker stick into the Canadian consciousness. The public and people around the globe were “shocked.” This societal shock existed despite the fact that Indigenous peoples, the churches, and the federal government all knew the bodies were there and that many of the deaths were preventable had the federal government acted on reports of wrongdoing over the decades.  The public knew too — the deaths of children were the stuff of headlines. Some spoke out but not for long and when the headlines died the children did too.

In the United States, between 1819 and 1978, federal law promoted the “civilization” of Indigenous people. Children were essentially kidnapped from their homes and forced to attend schools where they would be taught to assimilate and abandon their native culture. At these schools, children had to have their hair cut short, had to wear proper (i.e., white man) clothes, and were not allowed to speak their native languages or practice their religious rituals. Children would be beaten for simply saying hello to another child in their own language.

The Doctrine of Discovery is a prime example of how colonizers have dehumanized Indigenous people. Passed by Pope Nicholas V in 1452, The Doctrine gave European colonizers the perceived right to forcibly occupy Indigenous lands on the basis that Indigenous peoples were not Christian, therefore non-human. Historians estimate that when Christopher Columbus arrived in 1492, there were 100 million Indigenous people living in the Americas. However, because the Doctrine stated that they were not human, their land was considered “virgin” and could be taken.

We still see lingering effects of the Doctrine in our legal system today. The Doctrine made its way into United States property law after the 1823 Supreme Court decision Johnson v. Mc’Intosh ruled that successors of European colonizers have the exclusive right to purchase land from indigenous peoples. As recently as 2005, Supreme Court Justice Ruth Bader Ginsburg cited the 1823 court case in a ruling that determined that the repurchase of tribal lands did not restore tribal sovereignty. Canada continues to have the racist “Indian Act” that forced First Nations children into residential schools and continues to control almost every aspect of First Nations lives.

Dehumanization is a form of mind control. When the myth that Indigenous peoples are less than human becomes so pervasive that it is integrated into the law, Indigenous peoples often internalize that myth and believe that they are inferior. This makes it easier for colonizers to abuse and violate human rights.

Indoctrination of the Public

The truth about European arrival in the Americas is much more gruesome and complicated than most of us were taught in elementary school. Many of us learned the myth that Christopher Columbus was a benevolent explorer who discovered America. In reality, Columbus arrived lost at sea in already inhabited lands, and he and other European colonizers brainwashed and inflicted violence upon the people living there in order to gain land and wealth. Still, the myth is widely believed, and Columbus Day is still celebrated in many US states.

When the public has been conditioned to believe a false narrative about European colonization being beneficial to the continent and the Indigenous people from it, it becomes difficult to attempt to remedy the inequalities that exist in our country because of its lingering effects. However, to move forward as a united community, it will be necessary for us all — especially those of us who are descendants of colonizers — to learn the truth about our country’s history of inflicting structural violence and genocide on Indigenous people that plays out in a myriad of harmful policies in place today. Coming to terms with today’s reality and the realities of the past will not be easy, but we are all responsible for learning about and acknowledging our shared history.

A National Crime: The Canadian Government and the Residential School System

When Everything Matters: Comparing the Experiences of First Nations and Non-Aboriginal Children Removed from Their Families in Nova Scotia from 2003 to 2005

Final Report of the Truth and Reconciliation Commission of Canada