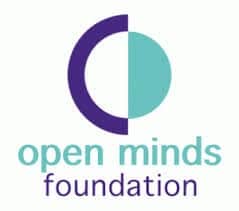 I am pleased to announce the beginning of a new non-profit organization, the Open Minds Foundation (OMF). It is based both in the United States as well as the United Kingdom and will be focused on the issue of Undue Influence. Why is there a need for a new organization, one might ask? Well, the concept, which evolved over the past two years, is that there is a huge need for a trustworthy foundation, composed of former members, professionals, and activists. People recovering from cult indoctrination, domestic violence survivors and even those who escape from trafficking situations all have one thing in common: they are victims of undue influence.

Undue Influence is a 500-year-old legal concept and terms like brainwashing, mind control, and thought reform have little to no legal standing. As a former cult member, mental health professional, author, and educator, I have dedicated 40 years of my life to helping people who have been victims of people and organizations that use deception and psychological manipulation techniques to enslave them and deprive them of their human rights. It has long been my goal to see the world take notice of this very real and traumatic subject. The need is greater than ever. We need a strong public relations profile to explain this phenomenon!

For example, every day, people all over the world are learning about the narcissism and psychopathology of the Republican nominee for President of the United States, Donald Drumpf (or might I say Drumpf, his German ancestral name). As I have written in previous blogs, most cult leaders, and perpetrators of undue influence have these malignant personality traits. We have an unprecedented opportunity to show how intelligent, educated people can be influenced to follow the charismatic leader who keeps repeating, “Trust me” and “Believe me,” who lies some 80% of the time, and who manipulates people by playing on their fears and insecurities. I was educated since my childhood about Adolf Hitler and his maniacal, dictatorial regime, I am utterly shocked to see this person rise to such prominence in his quest for power.

The Open Minds Foundation is largely survivor-informed and led. Its focus will not be on cults, or extreme religions, but on the connection of psychology, mental health, public health and the law. As an activist organization, OMF will fund projects to research, document, and provide much-needed services to millions all over the world who have been affected by undue influence. We hope to be a positive change agent internationally by shining a light on the latest research and bringing books, videos, and conferences to serve human rights everywhere.

By combining our passions and knowledge, we at the Open Minds Foundation hope to bring the issue of undue influence to the attention of the public and offer ways to avoid and heal from its painful consequences through education, research, and support. The foundation’s website features a vast supply of information and resources that are regularly updated. Our members are dedicated to improving the content and reach of the project. Please take the time to visit the website, www.openmindsfoundation.org and subscribe to the newsletter to stay informed.