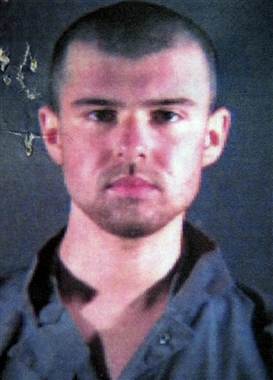 I dug up an old OpEd I wrote. Now that Lindh is being released–17 years later– there is a concern that he may not have received proper counseling about cult mind control and brainwashing. My guess is that is correct. Whether or not he is a danger to commit any criminal atrocity, I do not know. What I do know is that the U.S. government continues to be blind to applying the expertise and knowledge of decades of cult experts. Why? In my opinion, if he was properly counseled he would be a huge asset to speaking out against extremism. At least he and his family (I always include working with family members and friends in my approach) would know they did what they could to actually provide specialized assistance.

In any case, here is what I wrote after Lindh was captured and was the focus of all news media. Americans wondered, how could an American be such a traitor?

WHAT COULD have driven an educated young American from a loving and prosperous family to embrace the Taliban cause?

His parents have said that he was brainwashed. I have not met John Walker Lindh, who was recently captured in Afghanistan, but I believe his parents are probably right. In fact, I had a similar experience as a student at Queens College in New York City when I was 19 – Lindh’s age. I never participated in actual combat, but I was engaged in a holy war on the streets of New York.

In the fall of 1974, I was invited to join a group of fellow students who said they were interested in making the world a better place. Within weeks, I dropped out of school, cut my long hair, and put on a three-piece suit (worn by the group in public, like a uniform). I was told to cut off contact with friends and family, apparently just like Lindh.

I didn’t know it then, but I had been recruited into a front group within a worldwide cult that wants to rule the world with a so-called automatic theocracy led by the group’s supposed messiah. I was programmed to believe that Armageddon would take place in 1977, that Satan loved democracy, and that we were going to be the future rulers of the new kingdom of heaven on earth.

As I was indoctrinated by the cult, I underwent a radical personality change. I was programmed to kill off the old Steve who knew and loved my friends and family. A new cult identity was created. I was trained to shut out any doubts that entered my mind, thinking they were from Satan. Raised in a conservative Jewish home, I hadn’t believed in Satan at all, but once in the cult, Satan was omnipresent, and everyone outside the group was viewed as a child of Satan. To my horror now, I was so programmed that I believe I would have died or killed on command.

Then circumstances changed my life once again. While driving a van, I fell asleep, crashed, and was seriously injured. While recuperating in a hospital, I telephoned my sister, and for the first time in many months, my family knew my whereabouts. They and former cult members then tried to get me out of my cult trance. To my surprise, I wasn’t beaten and tortured by the deprogrammers. They were very nice to me and taught me about brainwashing tactics. After five days, I realized I had been under cult mind control. I was saved by those who could offer me love and concern – my family and the ex-members who cared about me.

Many are now calling for Lindh’s execution as a traitor to his country. There is no doubt that CIA operative Johnny Spann is a hero of the highest level and deserves our praise and thanks. However, I doubt that Lindh is an evil person who deserves to die. I think he is a victim, as I was 27 years ago, and I think it important that his fate is decided in a public trial in US federal court. I believe that with proper counseling, Lindh would be horrified at what brainwashing has made him do. Indeed, it appears that mind control techniques similar to those used by my cult leader have been used by Osama bin Laden and his cronies to recruit, train, and exploit talented people to do their bidding.

Now that Lindh is in American hands, I sincerely hope that mind control experts assist his interrogators, supervising the sessions. Otherwise, we risk losing a valuable opportunity in the war against terrorism. I remember as a cult member how I was taught to block out criticism and doubt with simple chants such as ”Crush Satan, Crush Satan.” I expect that Lindh will do the same.

How can we reach Lindh if he is indeed a victim of mind control? Since coming out of my group, I have worked with thousands of people impacted by destructive mind control. I have assisted former cult members in reclaiming their minds and their lives. It is important that family members and friends be coached on how best to connect with their loved one’s pre-cult identity with love, respect, understanding, and compassion. When counseling people, I talk about my own cult experiences and tell them about other people who have been deceptively recruited into destructive groups. It helps them to know others have had experiences similar to their own.

I believe that Lindh will eventually realize that he was duped into accepting terrorism and murder, which is condemned by the faith he adopted at age 16. For now, he must accept responsibility for his actions. It is my hope that he will provide valuable information about the activities of the Taliban and Al Qaeda. (He already has, according to reports.) Perhaps more important, he might provide a valuable example for future generations about the workings of mind control techniques.

Nothing is more powerful than a personal story, especially one that tells of the journey from slavery to freedom. Such a story – the promise of redemption in the afterlife – is said to fuel the actions of suicide terrorists. The stories of Taliban and Al Qaeda members who reject terrorism and leave their cell groups need to be heard and examined within our culture and within the Arab and Muslim worlds.

The war against the Taliban is nearly over, but the much harder war against terrorism continues. There is an important story behind John Lindh. It may be a key to learning how to help win the war on terrorism.

Please see my webpage on extremist cults and my link to my Youtube playlist on combating extremist groups.