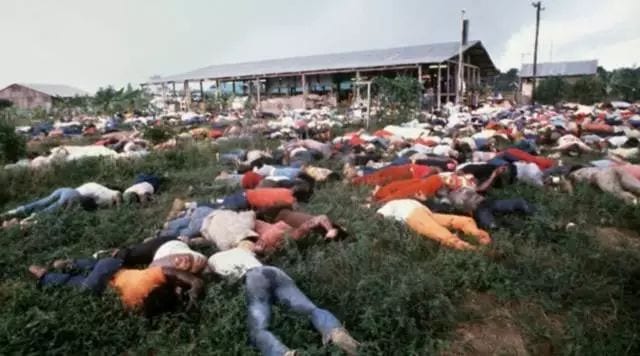 November 18th, 1978 will be a day I will never forget. I was glued to the television as images came over the screen about a horrible mass suicide. I had never heard of the People’s Temple before but I was about to learn. Ultimately, it changed the course of my life as it summoned me to be involved in a much higher level of activity than ever before. This November marks the 40th anniversary of the Jonestown massacre where over 900 people were killed and the 10th anniversary of the publication of my first book, Combatting Cult Mind Control (two “t”s, unlike the current edition which has one “t” in Combating).

Most of the people who died were members of the People’s Temple, led by cult leader Jim Jones.  Congressman Leo J. Ryan, Don Harris of NBC and over 300 children died because of the delusionally narcissistic Rev. Jim Jones. The congressman and media folks went down because they had heard stories of suicide drills and how people who wanted to leave were being held against their will. This was, in fact, the case, and Vernon Gosney was one of the people who wanted to leave the group with the Congressman. When Jones realized that his control was not total and the authorities were likely to come back after him, he ordered everyone to their deaths.

When many think of this tragedy, brainwashing and mind control comes to mind. Many people use the expression “drink the kool-aid” and vaguely know it means to surrender one’s free will and believe whatever they are told to do. However, the absolute horror of parents lining up to give deadly cyanide poison to their beloved children demonstrates the power of the cult mind control. People were programmed to do what Jones told them to do as they widely believed him to be God’s authority on earth. The indoctrination program included 24/7 loudspeakers of Jones speaking. The cult identities had authority over the people’s authentic selves. The cult identity is trained to believe and obey the leader mindlessly. People’s authentic selves were suppressed, so they did not have access to their conscience, love, social perspective-taking skills and personal autonomy.

People were recruited into the group largely out of the social justice and human rights activism of Jone’s church. New members were love-bombed and their desire to make the world a better place exploited. Jones would do fake faith-healings in services to convince people of his divine powers. In the days leading up to this tragic event, they were lured to Jonestown, Guyana where their passports were collected and they were surrounded by barbed wire fences as well as convinced there were dangerous natives in the forest who would kill them if they left the compound. The paradise they thought they would be going to was a living hell. Everyone there was programmed to be obedient and loyal. (see recordings of their statements).  Yet, they believed they were in full-control and exercising their own free will.

One question everyone needs to ask themselves is, would they ever kill themselves or their loved ones if someone, anyone in power, told them it was necessary- for any reason? Mind control is any totalistic system of influence that disrupts an individual’s authentic identity and replaces it with a false, new one. The decisions made by people with this new identity are not always their own, often lacking critical thought process. Please read this article that John Collins and I wrote about the BITE model of mind control and the People’s Temple.

Rebecca Moore, an academic and a sister of two of the victims, holds an untenable intellectual position that she believes they were making their own decisions. Like other cult apologists, she considers brainwashing to be pseudo-scientific. However, as the author and former Scientologist Jon Atack discusses on his Open Minds On Air podcast with Dr. Yuval Laor, there is plenty of supporting evidence to show they were programmed and did not freely take their lives.

It was obvious that a group of people was convinced to kill themselves and others under the direction of a charismatic leader. Dr. Moore overlooks the science of social influence used in the process of recruitment and indoctrination explained in the BITE model. There was an official congressional report on the tragedy which had a section entitled: The Brainwashing tactics of Jim Jones. I have the actual publication in my archive in my basement. See my response to academics who say there is no undue influence.

Unfortunately, the general public still is widely ignorant of the destructive and persuasive influence of cults.  Four decades after the deadly influence of Jim Jones, predatory groups still exist and exercise control over the minds of many.

A Former Member Speaks Out! 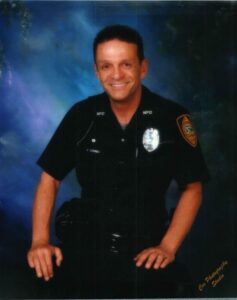 This week, I had an amazing interview with Vernon Gosney, a survivor of the Jonestown massacre. He was shot three times in the stomach by Larry Layton at the Port Kaituma airstrip. Layton served 18 years in prison and Vernon testified at his parole hearing which enabled Layton to gain his freedom. (Reflections and Writings by Veron Gosney.) After his recovery, Vernon moved to Hawaii and served as a police officer for 28 years until his retirement. This photo of Vernon was taken in 2010.

I hope you will take the time to listen to Vernon’s story and share it widely.  We still have a lot to learn from this tragedy but the more we can learn, the more we can educate others, preventing future tragedies.

Vernon can be reached at alive@hawaii.rr.com.

Steven HassanJonestown and the Mind Control Cult of Jim Jones: A Survivor’s Story08.09.2018