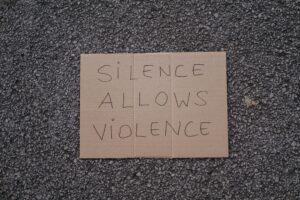 When I was a Jehovah’s Witness, I prided myself on knowing I was part of the only true Christian organization on the planet earth because of the love shown in “Jehovah’s Organization.” I told myself and others this for decades. One of the largest “comforts” to me was knowing that Jehovah’s anointed spirit was directly with the Governing Body, as the “earthly” connection to God and the leaders of the Jehovah’s Witnesses. I thought these men were scholars, theologians, and well-read individuals. Most of all, I felt they cared for the wellbeing of all mankind. Now, as a person who is no longer associated with the group, I discovered that their “love” is conditional and that the Governing Body is a group of men with no credentials or qualifications other than skillfully recruiting people into the group and maintaining control over them. A recent review by the Australian Royal Commission reminded me of my disillusionment. In 2013, the land down under created a government sponsored committee to investigate instances of child sexual abuse in institutions like schools, churches, sports clubs, and government organizations. The goals of the Royal Commission into Institutional Responses to Child Sexual Abuse can be found here. So far, they have reviewed hundreds of organizations. 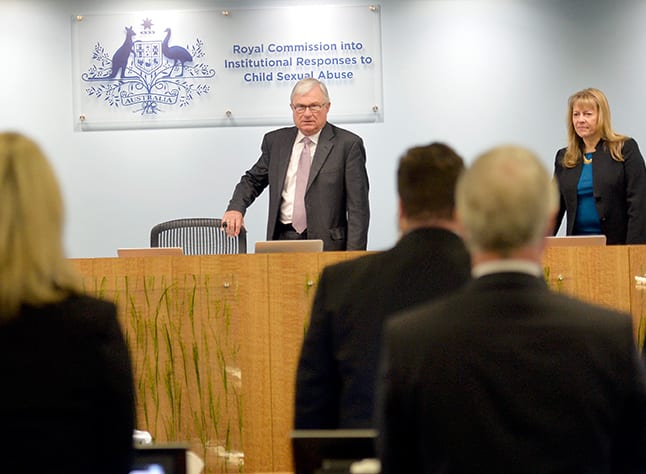 In 2014, the RC reviewed the Jehovah’s Witnesses. They found over 1,006 complaints of child sexual abuse made by Jehovah’s Witnesses since 1950 in Australia. That’s an average of 30 per year. For an organization that claims to be the only true representative of God here on earth, this is scary and sad.

The RC interviewed local congregational leaders as well as leaders from the headquarters in New York to find out how 1,006 complaints happened, and how to prevent child abuse going forward. At first, the Governing Body refused to participate. They sent in their lawyers, who refused to answer questions and attempted to omit internal documents from the RC research team. Geoffrey Jackson, a member of the Governing Body, finally appeared via video conference after the RC jumped through several legal hoops.

During the proceedings, Jackson spoke as if he had no real knowledge of or power to change JW policies on handling child sexual abuse. The RC disagreed, stating, “the Governing Body is Jehovah’s representative on earth, providing definitive scriptural interpretation,” and “these committees set policies, procedures and guidelines for dealing with child sexual abuse issues that arise for the Australia Branch Office.”

Here are the limitations and flaws the RC listed in their report:

Watchtower has refused to change or add any policies in response to this report.

If I were still an active JW, I might have defended the organization by saying that it is run by imperfect men who can’t control every action of every JW in the world. However, this human fallibility is exactly why policies need to be in place to prevent abuse, and to help victims when it does occur.

As a father, I ask any organization my family or I want to join about their policy on child abuse (physical and sexual). While these may be awkward questions, I have yet to find a priest, director, pastor, doctor, organizer, or rabbi of healthy organizations say that it’s none of my business or refuse to show me their organization’s standards for leaders.

I am astonished more people aren’t standing up and asking questions. In a time where everyone has an opinion on EVERYTHING, active Jehovah’s Witnesses are silent. This isn’t because they live in countries like North Korea; millions of the 8.5 million members live in countries where free speech is their right. While their silence could be from ignorance, it is more likely that they have been indoctrinated to not question their leaders or doctrine.

Destructive cults like the Jehovah’s Witnesses use unethical influence and manipulation to alter people’s perceptions of itself and the world around them in order to maintain control over their members. The members experience identification disorders and cognitive dissonance, which allows for actions and dogma that are abusive to be viewed as “normal” or “spiritually healthy.”

Most people will go above and beyond to ensure children are safe and allowed to enjoy their childhood. And most active members of the Jehovah’s Witnesses would say they do protect children by avoiding “bad association,” providing a positive spiritual environment, and setting them up for “everlasting life.” This is simply not enough. The very organization they have put their trust in to raise their children is failing them on an alarming scale.

The RC has clearly outlined changes which need to happen on the organizational level in order to protect children. If these changes prevent even one child from being sexually assaulted, then they are worth it. The Governing Body’s refusal to examine their own practices shows that they are more concerned about protecting their own interests and maintaining control than they are about protecting the children in their care.