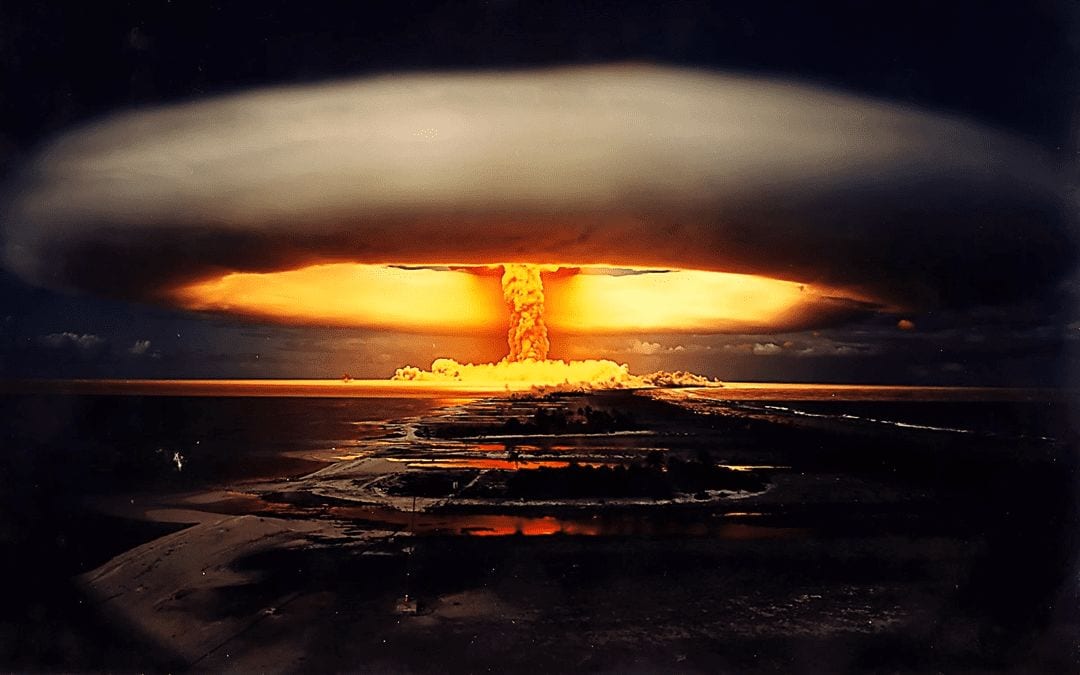 The cult leader of North Korea seems to be threatening Donald Trump and the United States. This week, Trump spoke to an audience in Poland stating he was considering, “some pretty severe things,” when it comes to the threat of North Korea. This is something that concerns me deeply. As I have written before, I believe that drastic military action against North Korea would surely have disastrous repercussions.

North Korea is no ordinary nation. It is a country that is controlled by a narcissistic dictator–the same way a cult is controlled by its leader. Kim Jong-un is known to be ruthless and exercises control over his subjects. He demands obedience and controls North Koreans with BITE Model completeness but using threats, imprisonment, and assassination. He has ordered the death of many (including his own family members) to keep absolute control. And, I feel that this need for supreme leadership would not keep him from using biological, chemical, or even nuclear weapons against anyone who threatens it.

Many people were too young to remember the cult leader Jim Jones and the assassination of Congressman Leo Ryan and over 900 people at Jonestown on November 18th, 1978. Ryan had heard from former members like Deborah Layton that there were suicide drills being practiced and how people were being kept at the compound. He tragically underestimated the pathology of Jones as well as the mind control he exerted over his followers. The term “drinking the kool-aid” is used as kind of a joke but that term has never been funny. Nearly 300 children were murdered that fateful day.

Do you remember, cult leader David Koresh? When United States officials raided the Branch Davidian compound in 1993, they had no idea that their actions would have such severe consequences. Instead of seizing illegal weapons and making a few arrests as they had planned, officials were met with gunfire and a 51-day standoff that ended in the deaths of 87 people. The FBI and other agencies tragically misunderstood who and what they were dealing with and were too arrogant to ask for help. At that time, I offered my services as a cult expert to help officials become better educated about cults and mind control. However, even with the endorsement of Congressman Joe Kennedy, my offer was not accepted. They treated Koresh and the followers as criminals and not mind control cult members.

After this disaster, the then Attorney General Janet Reno said a thorough investigation into what went wrong would be conducted. It is my opinion that this preventable disaster was a direct result of a widespread misunderstanding about how destructive cults and their leaders. And, I fear that this same outcome may be imminent on a much larger scale if North Korea is threatened with force.

Cult leaders are not ordinary criminals and do not operate on logic and even self-preservation. They want and need power and control, and if this power and control are threatened, then they would rather go down in history by killing massive amounts of people. I believe that Kim Jong-un would “press the nuclear button and order a strike on South Korea and Japan. I do not believe Kim is just bluffing. The New York Times recently published an article citing a 2012 study that estimated a North Korean artillery attack aimed at civilians in the South, “would kill nearly 30,000 people,” during the initial barrage. And, this number does not include any kind of nuclear option.

The nuclear threat presented by North Korea is real and must be taken seriously. However, military action should not be the first line of defense. Kim Jong-un must be taken down strategically. By working with intelligence inside the country and educating his subjects about the lies they are being told, there is a much better chance of neutralizing this threat. It is my sincere hope that Donald Trump and other government officials take the time to get a better understanding of the cult mentality of North Korea before it is too late.

Below is a video of a talk I gave at Harvard’s Humanist Society in 1997 on what went wrong and some of my ideas on what could have and should have been done concerning the Koresh cult situation. I waited for the FBI and the Attorney General to ask me and when it was clear they were not open to actually researching, I decided to be public. The video is below.

Steven HassanKim Jong Un and North Korea: Can we learn from Jim Jones and David Koresh?07.06.2017