LuLaRoe and the World of Commercial Cults: Interview With Roberta Blevins 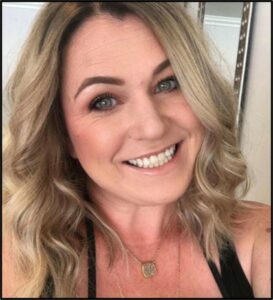 Roberta Blevins is a former LuLaRoe distributor who was featured in “LuLaRich.” After spending a little over a year working for the company, she discovered that she had been indoctrinated into a commercial cult and left. She has since been devoted to speaking out against the company and helping other people get out. Roberta and I met at a global two-day virtual conference (49 countries) on multi-level marketing. I presented on the Saturday morning panel about recruitment techniques of MLMs.

An MLM, sometimes called “network marketing,” is a company in which participants can supposedly earn money both by selling the company’s products or services and by recruiting more people to join the company. They earn commissions on their sales, as well as on the sales of the people whom they recruit. Some well-known MLMs include Amway, Herbalife, Mary Kay, and Tupperware. In old-school MLMs, it was common for salespeople to host parties where they would sell products and attempt to recruit new members. Nowadays, largely because of the COVID-19 pandemic, MLMs including LuLaRoe recruit primarily online via social media. Apps to make new “friends” are easily exploited, even when policies forbid MLM recruitment. Recruiters ask people to communicate off that “new friend” app to sidestep such policies.

Many MLMs are predatory and deceptive because they often require steep investments and promise massive returns in a short period of time, but more than 99 percent of participants lose money.

MLMs invest heavily in lobbying through an organization known as the Direct Selling Association. MLMs spend heavily also on paying large speakers fees to famous entertainers, businesspeople, who lend a sign of credibility. Former President Trump was involved in several MLMs and recruited for them.  He is currently being sued in federal court by distributors of one of these companies, ACN. The FTC has prosecuted MLMs in the past. In some cases, millions of dollars were paid. However, the punishment has never fit the crime and actually encourages continued operation. An excellent document by Jon Taylor resides on the FTC website: “The Case For and Against Multi-level Marketing.” Robert L. Fitzpatrick operates pyramidschemealert.org and has published a new book, entitled Ponzinomics, which I recommend.

MLMs can be legal, but many of them are very similar to pyramid schemes, which are illegal. Despite what some MLM recruiters say, just because an MLM involves the sale of tangible goods does not mean that it is legal. The FTC has found dozens of MLMs to be pyramid schemes despite the fact that they were selling products; the key issue is whether the real focus of the company is on retailing products or on recruiting new distributors. If the focus is on recruitment, participants are essentially funneling their money to people who joined the scheme before them and are higher up on the “pyramid.”

How MLMs Use Undue Influence

In LuLaRoe, Blevins was making very little money by selling clothing, and the majority of her income came from recruiting other people. LuLaRoe and MLMs in general are examples of commercial cults because they use undue influence on their members. They use tactics including informational control and emotional control to recruit new participants and prevent participants from leaving.

Commercial cults use a tactic called “love bombing” to entice new members. Love bombing is a common cult tactic that attempts to draw people in by bombarding them with affection. For example, LuLaRoe representatives tell women that they are born to run a business, even if they have no business experience.

It is also common for commercial cults to use gender-specific language when recruiting. This is an emotional control tactic to take advantage of people’s insecurities. For example, recruiters tell women that joining the MLM will help them become the ideal wife or mother. Men are told that joining will bring them the financial success required to be a “real man.”

Information control is another tactic commonly employed by commercial cults. LuLaRoe tells its members to “block” anybody who speaks out against MLMs on social media. Blevins also says that every time she had a problem with LuLaRoe, a representative would deny and dismiss the concern. When she realized that she was not making the returns that she was told she would, higher-ups convinced her that her lack of success was because she was not working hard enough. When she decided she wanted to leave LuLaRoe, she was berated and made to feel guilty.

How to Protect Yourself From Being Recruited

Be extra careful if you are vulnerable.

If you have recently lost a loved one, been laid off, or experienced an event that has left you emotionally hurt, you are more vulnerable than usual to being recruited into a cult. Commercial cults will often target online advertisements to vulnerable people, including people who have internet search history related to grief or depression.

For this reason, at times when you feel low, it is important to be extra wary of financial propositions from strangers or from advertisements on social media.

If it sounds too good to be true, it probably is.

Phantom Riches is a major hook. You can be a millionaire! Have mansions, yachts, endless riches. Many ads for LuLaRoe promise “full-time pay with part-time work.” It is obvious why this offer would sound appealing, but if somebody promises rapid financial gains with little effort, it is smart to respond with skepticism.

If somebody is trying to recruit you into their business, make sure you ask them detailed questions. If you do not get detailed answers, Warning flags! if they deflect, divert, turn things around on you, this is a manipulation. If they tell you that they are making thousands of dollars a month through the company, ask to see their bank statements and tax returns. If they cannot provide proof, or if you get the sense that they are hiding things, that is a red flag.

Trust the people who love you.

Commercial cults use thought control and information control to convince people that anybody who is skeptical of the company is a hater who does not want them to succeed. But if you are being recruited into a company, listen to opinions from people who are not associated with the company that is trying to recruit you. If multiple family members or close friends try to tell you that joining is a bad idea, it is probably best to take their advice.

What We Can Do to Stop Commercial MLM Cults

Seventy percent of victims of MLMs are women. Many women dream of having a high-paying career, but in the United States, lack of parental leave and the high cost of child care makes it difficult to work a full-time job and raise a child. Traditionally, in two-parent households, the responsibility of staying home with the children falls to women. MLMs appeal to mothers by promising high pay and flexible work hours. Pressuring politicians to implement policies like parental leave to help working families be less vulnerable to exploitation by MLMs.

The structure of companies like LuLaRoe is inherently exploitative, but legal. For that reason, it is also important to pressure politicians to implement stricter regulations on how MLMs are allowed to operate. If you were involved in an MLM and lost money, file a complaint with the FTC and urge them to do more to protect people from these predatory companies.

Freedom of Mind blogs and Interviews: