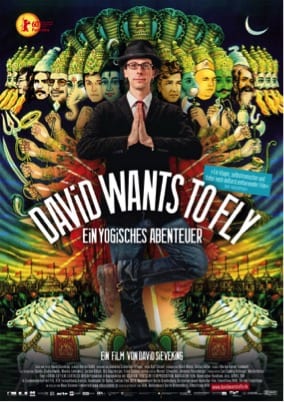 There are thousands of ways to meditate. Personally, I like to do a breathing, concentration meditation, or a moving or walking meditation to focus my mind. I like the discipline of focusing my mind rather than passively allowing thoughts to come and go. In the past, I have done mindfulness meditation, which is quite popular now and has helped many people relieve anxiety, depression, and other issues. So, be wary of any group that says there is only one Right Way to meditate.

Mantric meditation (the repetition of a word or sound) is only one technique.

In recent years, Transcendental Meditation (TM) has been receiving a lot of attention. Filmmaker David Lynch is to be awarded a Smithsonian honor award for his work in introducing TM to “high-stress” schools. While I do think that helping students is admirable, and I also believe that certain types of meditation can be beneficial, I am worried by this. My reason? I have worked with many people who have been harmed by the practice of Transcendental Meditation (TM) and the organization that made it a popular.

In Chapter 6 of my book Combating Cult Mind Control, I feature former TM member, Gina Catena. Gina was brought into the group by her parents and lived most of her life at the Iowa compound. After growing unhappy with the lifestyle, she left and slowly began to realize that he had been inside a cult. Below is a video interview I did with Gina discussing some of the issues she has seen within TM:

Last year, I met David Sieveking of “David Wants to Fly”, an expose of TM by a former member. Despite my efforts, this key documentary is not highly available to the public. If you can, please take a moment to watch this short film trailer about TM by a former practitioner who loves David Lynch:

Last summer at the ICSA conference in Stockholm, I did a panel with Judith Bourque. She wrote the book Robes of Silk Feet of Clay: The True Story of a Love Affair with Maharishi Mahesh Yogi, the Indian Guru Followed By the Beatles and Mia Farrow Maharishi Mahesh Yogi (deceased) claimed to be celibate and taught his inner core to be celibate too. It was an act of bravery for Judith to come forward to tell the truth. Not surprisingly, most devotees did not believe her.

TMers are initiated, given a “secret” mantra (which ex-followers say is a fraud) and encouraged to meditate for 20 minutes a day, and for most ends there.

As a way to capitalize on a connection to the Beatles, Maharishi set up an accredited University (MIU) and a compound for his followers in Fairfield, Iowa. Devotees were asked to move and promote the world peace he claimed would come about by thousands of hopping TMers.

TM however, is not as harmless as it appears. While most people do not get immersed and only use it to calm themselves, others go on and spend hours upon hours in the meditating. This type of constant practice can have negative effects. As a person progresses through the different stages of TM, they are influenced to think differently. While a new perspective is sometimes a good thing, the kind of changes that can happen in TM are troubling.

Because TM encourages such long sessions of practice, the meditative state and chanting easily become thought-stopping tools. This type of conditioning is something that many cults do to control followers. Whenever there is a negative thought that conflicts with the TM message, a devoted follower is often told to immediately start meditating to rid themselves of the thought. Over time, this can become an involuntary response and all choice in the matter is lost.

It has also been noted in a German study that TM can increase anxiety in some people. The rhythmic chanting and meditation is not always soothing and can have detrimental results for many. Unfortunately, TM leaders refuse to recognize this and often advise those having adverse reactions to do more TM!

TM claims it is not a religion or a cult. However, there are many religious aspects to the practice. Followers are given mantras based on the names of Hindu gods and goddesses and invited to participate in eastern religious ceremonies as part of the movement. They are also taught to revere the guru as a god-like master. The leaders of the group are seen as having divine authority over followers–just like other cult leaders.

Devotees of TM give up many aspects of their lives for the cult and it is not uncommon for familial ties to be strained or broken as a result.

Another big issue with TM is the cost. Beginner’s sessions generally start at $1500. TM uses a pyramid-like structure that charges more and more as a person strives to become “more enlightened.” Many people have fallen victim to this multi-level marketing tactic and given up thousands dollars for the organization.

What are the upper-level members paying for you might wonder? Among other things, they are told they will be taught to levitate, fly, walk through walls, and even become invincible. When these impossibilities don’t manifest themselves, members are told they just have to meditate better and longer and pay for more training. A true scam!

Not only has the practice of TM yielded unsettling results for some, its ties to cult mysticism put a person at risk of being unduly influenced. Added to that, there are no long-term, reliable scientific studies that show its safety or effectiveness. This is truly a cause for concern as it has been recently incorporated into schools and championed as a safe way for veterans to manage their PTSD. There are many so-called “scientific studies” touted by the group which have been shown to be bad science.

At Freedom of Mind, we believe people should be “in their body” and not floating outside or exteriorizing. We believe the “locus of control” should be within your own mind and not surrendered to some external authority figure like a guru who claims to be enlightened. Meditation should enhance your authentic self and not suppress it with a totalistic set of beliefs and practices. Listening to soothing music, walking in nature, swimming, knitting, and even playing music can also be wonderful meditative experiences too. Do what works for you!

Based on my experience treating former TM practitioners, I urge anyone looking for a meditation practice to avoid this one. You don’t need to get involved with an Indian guru or pay hundreds or thousands of dollars to enjoy the benefits of meditation. Your freedom of mind is precious. Protect it!

If you want a non-religious approach to learn how to do meditation, read The Relaxation Response by Herbert Benson M.D.

Steven HassanMeditation, Yes! But Please Be Careful and Do Your Homework Regarding Transcendental Meditation (TM).11.04.2016