Ministry of Evil: The Twisted Cult of Tony Alamo- A Discussion With Cult Expert and Author Debby Schriver 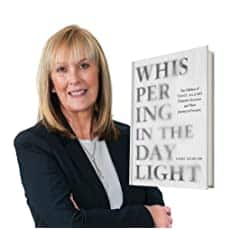 Since my deprogramming from the Moon cult in 1976, I have come to learn of countless thousands of harmful cult groups. Many years ago, I worked with victims of Tony Alamo (birth name Bernie LaZar Hoffman), befriended one of his ex-wives, and am pleased to say that I was involved with asking the Southern Poverty Law Center to investigate and ultimate help prosecute Alamo and put him in jail. They were interested in exposing Alamo for many reasons: he was notoriously anti-Catholic, anti-gay, and was a polygamist (like David Koresh) and included abusing underage girls. If you are interested in reading a number of important articles on the SPLC.org site about Alamo’s cult, click here.

I continue to raise awareness about destructive cults, past, and current because, under the right circumstances, sane, rational, well-adjusted people can be deceived and persuaded into getting involved. Some young people are raised up in these groups and others are influenced at a later age. Still, in 2020, pedophilia is a major issue in groups such as the Jehovah’s Witnesses, LDS, the Catholic Church, and many others.

Tony Alamo Christian Ministries has recently received more exposure by way of a four-part documentary series released in 2019 entitled, “Ministry of Evil, The Twisted Cult of Tony Alamo,” and my guest this week, Debby Schriver, is featured as the subject matter expert. The filmmakers relied on her well-written book for their research, and some of the children in the book are in the film. The film includes more than her book, offering a beautifully developed and disturbing account of the Alamo cult.  It aired on the Sundance channel and can be streamed online.

Schriver’s book, Whispering In The Daylight, The Children of Tony Alamo and Their Journey to Freedom, stands out particularly because of the voices of the second-generation survivors.  These young people are now speaking at conferences on cults and finding strength by sharing their stories with others. They hope to inspire survivors and also teach mental health workers the special ways that they can be best supported as they transition into lives outside of the cult and separate from their birth families.  They are truly brave.

Tony Alamo Christian Ministries started in the 1960s on the streets of Los Angeles, attracting hippies and alienated youngsters. In the 70s and 80s, Alamo designed and sold denim jackets for celebrities, including Elvis and Michael Jackson. His apocalyptic ministry became a multi-billion dollar network of businesses and property. He believed young girls were fit for marriage and that God authorized his polygamy.

One of the big takeaways that Debby shares during our discussion is that anyone of us could fall prey and become a cult member. During her research for her book, she learned it was a misconception that only dumb, poor, and uneducated people join cults. The children in her book broke every one of those stereotypes. No one says, “I want to join a cult so I can be victimized” but this happens by coercive groups very easily, depending upon what’s going on in our lives.

And the group is making a comeback. They are quite strong in New York, passing out tracts, and have been revived in Los Angeles. Even though the cult leader is dead, it is still operational. Therefore, public exposure of this group is necessary. Cults often rebrand themselves. For example, the Japanese sarin gas cult, Aum Shinrikyo continues to this day, even though the guru, who claimed to be Jesus and Buddha was hung. The group is now going by name Aleph, the first letter of the Hebrew alphabet.

As for the children, Alamo’s death had a profound impact on them. Most were angry that he is still not suffering in jail while they had to stay and deal with traumatic aftereffects. It is truly hard for children that leave destructive mind-control families and cults. A lot of young people unfortunately commit suicide. There is an urgent need for the community and for mental health professionals to learn about how to work with people raised in destructive cults, as well as ones that come from a healthy family that join later in life. It is so frustrating for me to see how many mental health professionals do not get training in how to work effectively with cult mind-control survivors.

During our interview, Debby shares what it was like being the voice for these children removed from Tony Alamo’s care. She shares details of how it happened and what she learned about cults, coercion, and recruitment. Most importantly, their voices needed to be heard. Her journey of writing their stories is not just engaging but is also informative. It led to her learning more about cults and becoming involved in helping survivors and communities.

This year, back on February 22, 2020, the University of Tennessee College of Social Work and ICSA hosted a conference, “Coercive Control, Cults, and Community,” in Nashville, Tennessee.  Over 100 participants including law enforcement, social workers, psychologists, public defenders, faculty, community leaders, pastors, human services agencies, and others participated.  Nearly 100 more were on a waiting list.  They plan to return to Nashville with a workshop for survivors of coercive control this next year either through an online webinar or preferably in person.  We need to bring education to the grassroots of our communities and plans to host these conferences throughout the U.S.  “Collaborating with higher education helps our goals to strengthen the education component for students of social work and other related areas.”

“I’m in the process of establishing a foundation to support the education of survivors and communities.  As this rolls out, I will keep you informed.  I continue to speak to groups about cults in our communities and believe that education is a big key to making a difference for survivors.  As long as people exist, we will have people who are motivated by money and power without care for others.  All of us are vulnerable to their promises, especially at transitional points in our lives.  We need safety for our young children, teens, college students, people just beginning their careers, the newly divorced, widows and widowers, retired people –– so many times in our lives we can succumb to something that looks just like what we need.  Proactive education needs to begin with parents, teachers, community leaders, and the dangers of coercive control need to be exposed.”

Debby Schriver is a cult expert, author, and human rights activist. A native of Chicago, Schriver earned undergraduate and graduate degrees at the University of Tennessee. Her focus on child development began in her work with the Foster Care Review Board. There she worked with the community that serves at-risk youth: lawyers, social workers, and foster parents. A similar group of caring professionals have been essential in informing Debby’s work on her book Whispering in the Daylight, The Children of Tony Alamo Christian Ministries and their Journey to Freedom. Alamo’s story is chronicled in the Sundance TV docuseries “Ministry of Evil: The Twisted Cult of Tony Alamo,” in which Schriver appears as their cult expert (NBC Peacock Productions and World of Wonder Productions, February 2019). Schriver is proud to serve on the board of the International Cultic Studies Association (ICSA). Please sign up for her newsletter: http://bit.ly/CoerciveControlCults.