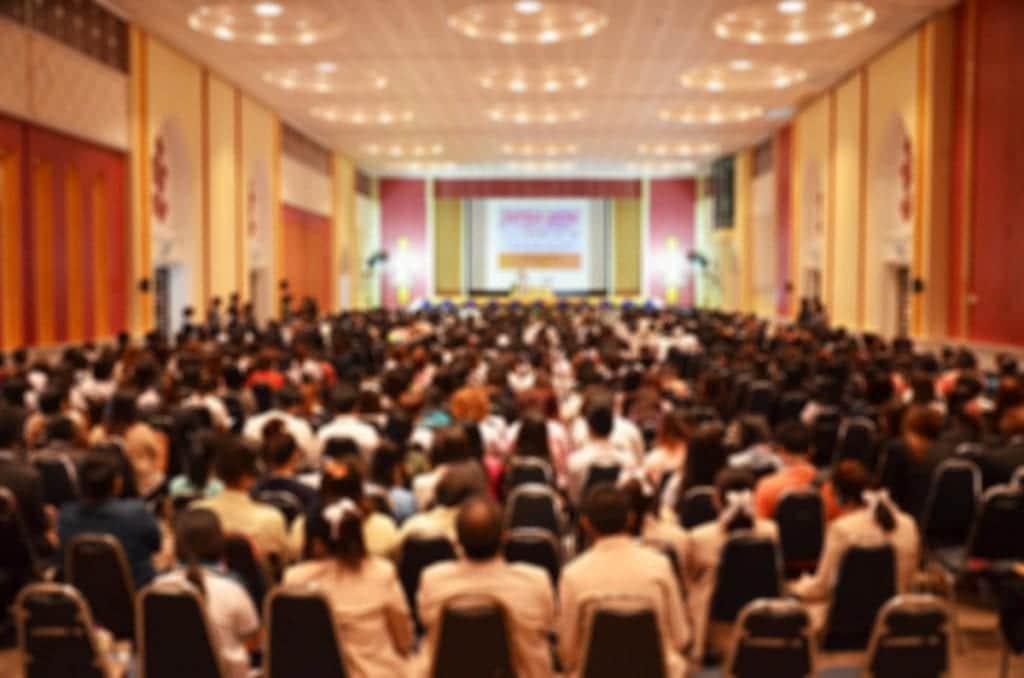 I recently wrote about religious and political cult groups that manipulate and control members and how it is important to evaluate the major behaviors and characteristics of a group to see if it meets the criteria of a cult. In addition to religious and political groups, there are other types that recruit millions of people all over the world, but, in reality, use deception and coercive influence with cult-like features. These are multi-level marketing (MLMs) and self-help groups and Large Group Awareness Training groups (LGATs). It is important to recognize the warning signs so as to avoid being caught up in their trap.

MLMs have been called many names, including network marketing, social marketing, pyramid schemes, Ponzi schemes, product-based sales, referral marketing, and direct sales. A few examples include Amway, Herbalife, Mary Kay, LulaRoe, doTerra, and Consumers Buyline.  Consumers Buyline was NXIVM leader’s Keith Raniere’s MLM before it was shut down by 20 attorneys general. Raniere went on to form a coaching MLM scheme which has landed him in jail and convicted of racketeering, conspiracy to commit racketeering, sex trafficking, and involuntary servitude. At this time, he awaits sentencing.

MLMs are pyramid schemes that focus on recruiting people to recruit others, presumably giving a cut of the income up the chain. Statistics show that over 99% of people involved lose money. An article on MagnifyMoney.com, about a survey involving 1,049 multi-level marketing scheme participants — from a variety of MLMs — and found that most people were making less than 70 cents an hour (before deducting business costs) and 60% of participants said they had made less than $500 in the past five years. For about $100 of annual profit, the fact that anybody would stay in an MLM for five minutes let alone five years seems ridiculous.

To better understand how MLMs recruit and maintain participants requires we examine them as cults. Destructive mind control can be determined when the overall effect of the four components of the BITE model (Behavior, Information, Thought and Emotion Control) promotes dependency and obedience to some leader or cause. (To learn more, download this detailed handout on The BITE Model or read Combating Cult Mind Control which explores cult psychology, curing the mind control virus, how to protect people you care about and strategies for recovery.)

Most MLMs use tactics of recruitment, financial manipulation, and the promise of large profits. But they also work the same as other cults, with thought control, magical thinking, thought-stopping, and self-blame. Failures are blamed directly on the consultants, for lack of hard work or competence. The authority of the group has no accountability and the leaders do not allow for questions or criticism. Douglas Brooks Esq. has said of MLMs, “…you’re trained to avoid people who question whether this is a viable business or not. Which is exactly the same technique that cults use — they try to isolate you from people who question your belief system.”

Recruiters are very convincing. They use deception in all its forms (withholding vital information, distorting information and outright lying) to ensnare people who have not learned about cult mind control techniques.  There is none of this cultish recruiting in a regular sales job.

The Federal Trade Commission states about MLMs, “Not all multilevel marketing plans are legitimate. Some are pyramid schemes. It’s best not to get involved in plans where the money you make is based primarily on the number of distributors you recruit and your sales to them, rather than on your sales to people outside the plan who intend to use the products.” This is strange languaging from the FTC as my understanding is that no MLM is legitimate in terms of an honest business devoid of destructive mind control.

Robert Fitzpatrick, the co-author of False Profits: Seeking Financial and Spiritual Deliverance in Multi-Level Marketing and Pyramid Schemes is an expert in examining and revealing deception and fraud in bogus home-based businesses. Of MLMs, he says, “Reality: the MLM “distributorship” is a ruse, an absurd, pseudo-business to facilitate and cheaply disguise a blatant pyramid recruiting scheme and to draw people into a cultic fantasy world that dominates their thinking, keeps charging money,  and promises “unlimited income” based on the illusion of an “endless chain.”

He further describes multi-level marketing as, “A sales model in which salespeople buy products, but don’t actually sell them, and instead are offered rewards if they recruit other salespeople to do the same, with each level of the chain promoting the opportunity to extend the chain – forever – and most of the total rewards are routed to the top of the sales channel?”

The Direct Selling Association (DSA)–is a lobbying organization for MLMs which promotes and defends its MLM members, one and all, in court, on Capitol Hill and in the media. Betsy Devos, the current secretary of education in the Trump administration, daughter-in-law of Amway founder Richard Devos, is trying to deregulate MLMs.

I have interviewed attorney Douglas Brooks, an expert on MLMs who has represented victims for many decades. He has been outspoken about how MLMs and cults use the same mind control techniques. Doug recently attended an ICSA conference with me in Manchester, England and gave a talk on multi-level marketing groups. You can watch part of his talk, here.

I also had a video discussion in 2014 with Douglas Brooks Esq. and Robert Fitzpatrick, exposing network marketing. This video was made following a meeting we had with then-congressman Barney Frank who referred our information on to Senator Elizabeth Warren’s office.

Self-help or self-development groups use self-improvement and counseling to target people and corporations, making claims that by taking their courses and seminars, you will be successful. They exercise an intense group influence and can have a major impact on their members’ mental status. Members lose their personal boundaries. They put the leader or guru on a pedestal. Criticism against the leader or the group is met with resistance.  These groups will often rent large hotel spaces and run workshops and seminars for many days, often 12 hours a day. These groups are also called Large Group Awareness Trainings or LGATs. They promise personal transformation but are not run by trained mental health professionals. Nor are there any sufficient screening done ahead of time to determine if a person is too unstable or in too fragile a point in their lives. Very powerful hypnotic techniques are often used in these trainings as well as powerful public confrontations using curse words and other shock techniques. If you wish to get a sense of one of the most financially successful transformational groups, look at Netflix’s Tony Robbins: I am Not Your Guru. Robbins is trained in Neuro-Linguistic Programming (NLP) and he well knows the power of hypnotic words. “Don’t think of a white horse” and you think of one. “I am not your guru” and guess what, the second generation Children of God woman he says this to in the documentary, later tells her he will mentor her. It was so very upsetting for me to watch.

“Followers lose a sense of their personal boundaries, assuming that it’s a safe space for ‘transformation.’ In fact, it’s inherently unsafe, since the group’s boundaries and rules are poorly defined as well.”

Motivational “self-improvement” programs and products including books, speeches and seminars, and self-help organizations are a $9.9 billion market, according to the independent research firm Marketdata Enterprises.

These groups take advantage of ones that are looking for guidance and assistance by taking their money under false pretenses and exercising coercive influence over their thoughts and emotions.  They often encourage you to recruit friends and family. And, as in the case of NXIVM, members sometimes fall under the influence of a charismatic leader, leading participants to harm themselves and/or others. Teal Swan is a “spiritual guru” that uses YouTube videos to exploit people struggling with depression.

I have previously written about the group NXIVM: Keith Raniere and NXIVM on Trial: Mind Control and Manipulation, NXIVM: Robert Jay Lifton’s Criteria of Thought Reform as Analyzed by Expert Paul Martin, Ph.D.

We invite you to use critical and independent judgment to evaluate each group and resource.

This is not an exhaustive list. We are always looking for updated verifiable information and if you would like to submit group information, please fill out the form.

Documentary about Herbalife and MLMs: Betting on Zero