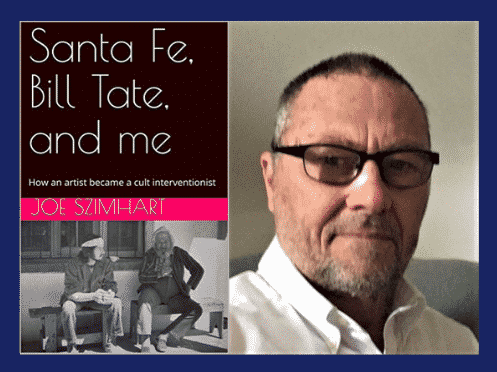 The internet provides an ideal breeding ground for groups with concerning beliefs and practices to recruit unsuspecting people who are confused, frustrated and wishing to find a way to have hope for the future. Psychiatrist Robert Jay Lifton wrote about the profound psychological effects that the invention and use of nuclear bombs had on human consciousness. He described an important unconscious motivator, what he called “symbolic immortality.” All modes of leaving a legacy could now be imagined to be wiped out if two superpowers decided to launch all their nukes at each other. Except for one thing: the mode of transcendence. In other words, if humans can believe in other realities, heaven, aliens, spiritual immortality through devotion to a guru or cult leader, people could believe life had meaning. Current circumstances of a global pandemic, economic crisis and incredible levels of corruption at the highest levels of power–in the United States within The Cult of Trump, but throughout the world, where authoritarians seek to use the digital tools to recruit, destabilize enemies, and control their people by using BITE (Behavior, Information, Thought and Emotion) control.

In my decades of helping people involved with destructive authoritarian groups, there are a number of people I hold in great respect. One of these people is former cult member, artist, author, lecturer and cult interventionist, Joseph Szimhart. He is not only very intelligent, but he has always impressed me with his desire and ability to do deep research.  I hold his writing and courage in standing up to share this knowledge in great respect. Cult issues continue to abound and, as we get closer to the Presidential election, the importance of understanding cult dynamics, identifying conspiracy theories, and understanding the destructive cult problem (even within our political, social, and justice systems) is of utmost importance. We must educate and address these issues.

To help me, this week, I interview my colleague Joe Szimhart, someone I have known since 1986 when we first met at a cult conference.  He uses his vast experience as a cult interventionist and research on the cult problem to do this and, like me, uses an educational approach and escrews forceful interventions or deprogramming.

Since his own involvement in a couple of New Age cult decades ago, Joseph Szimhart has become an expert in the field of exit-counseling and is a highly sought-after consultant. He has made numerous media appearances and has been a consultant for major network news programs such as CNN, Dateline, and NBC. His work has been cited in more than seven print books. He has been featured in Newsweek, Forbes, and the Washington Post. He is also an accomplished artist.

He recently began a YouTube channel and a list of his offerings, so far, are listed below.

Joe is a voracious reader and reviews many of the books he reads. He read my latest book, The Cult of Trump, and wrote a detailed review and critique of it. He agrees with my findings that this bizarre Trump phenomenon is dangerous and is a culmination of decades of harmful forces. Joe and I do not agree on everything. It is one of the things I value: listening and always being open to learning and changing my mind if the facts warrant it. Joe has an almost encyclopedic knowledge. Those of us who are still speaking out, like Joe and myself, are aging- I am 66 and Joe is 73, and we strongly desire to pass on our knowledge to younger researchers who we hope will also wish to fight tyranny in all its forms. There is a worldwide trend toward authoritarian government leaders who stress a form of identity nationalism connected to religion.

Joe starts the interview by sharing his personal experience of how he got interested in destructive cults, even though he was an artist. His cult intervention career began in 1980 in Santa Fe, New Mexico five years after he moved there. On his first day in Santa Fe, he encountered weird leads to three new religious movements based on the Theosophical Society and occult revelations of Helena Blavatsky: the Agni Yoga Society, the “I AM” Activity, and Church Universal and Triumphant or Summit Lighthouse. His prior interest in modern artists created a foundation from which he launched into seeker mode. Joe wanted to find out how real the world of mysterious, quasi-mythical masters guiding the human race was and whether he was called to play a role in that elite brotherhood.

The Church Universal and Triumphant sect claimed to carry on the teachings of the “I AM” Activity and the Agni Yoga movements, so he participated in three “CUT” conferences with thousands of other seekers during 1979 and 1980. By the end of 1980, Joe was disenchanted with “CUT.” His memoir (link above) describes that process of disenchantment and how his research led to a means to educate others victimized by strange teachings and manipulative cult leaders. (I was on an episode of Oprah when she did show on Elizabeth Clare Prophet, leader of the Church Universal and Triumphant. Prophet had prophesied the Soviet Union would nuke the U.S. and was building bomb shelters and group was doing gun training for doomsday. This was 1989, by the way).

Joe did a lot of research, read group’s books, as well as, negative ones with an open, but critical, analytic mind. This helped form who is is today. He learned the importance of really listening and being respectful. When helping a former member of a destructive group, it is important to share your experience and validate what they are going through. Learning how others left a group and went on to live healthy, productive, authentic lives helps tremendously. Just by talking to someone with the right information, essentially educating them, you can change their entire life!

With all of Joe’s experience and research, I asked him to define a cult. Is brainwashing and mind control real? And what is his take on the digital age with everything happening online?

Cult is a four-letter word, a constricted word. By itself, it is too general. When someone says they are in a cult, it is like saying they are in a car. Yes, it is a vehicle for something but we need to know who is driving it, what kind of car is it, where does it come from, where is it made, what direction is it going and is it safe to be in? There are a lot of questions that need to be asked and answered. You need to break it down and expand. Learn the facets of potentially harmful cult activity and then learn to identify unhealthy and healthy cults. One way to do this is by using my influence continuum.

Joe takes an academic perspective on this word. “Cult” basically evolved into meaning caring for something in a devoted way through a particular ritualistic system. You could be caring for a person, an object, an idea you know, or a political party, or whatever. It is just that you are caring for it in a devotional way. It can go good or bad or it can be just funny and ridiculous. Entertainment cults aren’t necessarily harmful, for example. There are benign cults, productive cults, and destructive cults. Learn to expand the conversation when someone states they or someone they know were in a cult.

In the latter part of the interview, Joe and I talk about mystical and magical thinking and how dogma and doctrine of religions came about. How did these groups evolve? What roles do social influence play? As for brainwashing and mind control, Joe tries to diffuse any kind of magical mystery behind it because it is basically human communication in a very leveraged and targeted way; it is a predatory thing–persuasive or influence communication. Then he goes on to talk about transcendent attraction which is something that draws you out of yourself to bring you into a bigger worldview which is then manipulated by authoritarian leaders that then modify your behavior. And for ones that decide to leave, they have phobia indoctrination and exit perils. The exit cost can be heavy. Brainwashing is complicated and a complex neurological process.

Lastly, we talk about the radical personality changes that are happening from friends and family members being online, along with the many conspiracy theories. This phenomenon is happening to many people and rapidly, too.

I will end with advice for those that are waking up from cult mind control influence and brainwashing: Learn about influence. Learn about brainwashing and mind control. Get a toolbox for yourself of reality testing strategies and build a network around yourself of people you know have your back that care about you, that don’t have an agenda to exploit you. Ultimately, learn how to trust yourself. 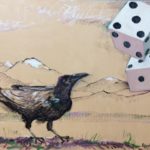 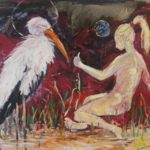 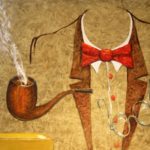 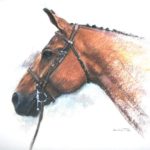