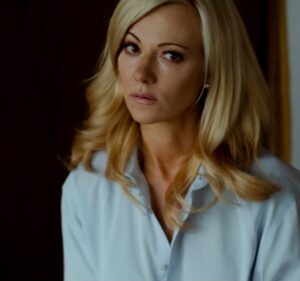 If you watched the Netflix series Bad Vegan, you saw a twisted and deliberately confusing version of the story of my guest, Sarma Melngailis. Her restaurant, Pure Food and Wine, and her raw vegan brand Lucky Duck captured the hearts of healthy eaters in Manhattan. Her brands and personality were famous among major celebrities to high-profile politicians. In my professional opinion, she fell victim to an artful, designing psychopath who used one-on-one mind control. The situation blew up because of her celebrity and how much money he extracted from her while alienating her from her family.

Eventually, she was sentenced to Rikers prison, which I believe is both absurd and incredible injustice. I am honored to have interviewed Sarma as one of my guests for the Influence Continuum podcast.

Being in a cult of one has the same dynamics as larger cults. People looking in from the outside of the relationship may label it coercive control, which applies, too. But Sarma describes her situation as a combination of coercive control and cult mind control, with the cult aspects dominant.

The UK passed a “Coercive Control” law in 2015 that would apply in this situation. Evidence is collected that includes:

The UK court makes protective restraining orders and will sentence the abuser to up to 5 years in prison. Criminalizing this deliberate, diabolical, destructive mind control will hopefully spare others from being unjustly blamed, like Sarma. Without this law here in the US, instead of protection, Sarma is being sent to Riker’s prison.

How Coercive Control Begins – Building a Cult of One

Looking in from the outside, many have trouble imagining how something like this could happen. Social psychology explains that confirmation bias makes us tend to filter for information that confirms current beliefs.

People today use information about the mind that is 50 to 100 years out of date. This notion that only weak, stupid people can be mind controlled is simply wrong. So many people have fallen victim. The numbers make it impossible to deny that it’s only a few weak people because it’s just not the case.

Sarma’s situation is similar to many. She first knew her abuser under one name and later found out his name was something else. Identifying that a person has a past where they’ve changed their name is a big red flag. Not that there aren’t legitimate reasons for a name change, but with criminal activity in the past, almost always there are pseudonyms and false identities. I encourage families that call me to hire a P.I., a private investigator, to do the deep dive and get the person’s complete profile.

Sarma had a growing restaurant and brand, but she was running it alone. She recently split up with a boyfriend – a major, first, overwhelming heartbreak, which increased her vulnerability. Then, she met this guy on social media, which is not always a red flag but makes you more cautious.

He created this mysterious persona with little tidbits before they met in person. So, it was a slow process. Eventually, they met. The mind control just snowballed. Did he use NLP or hypnosis? Likely. She knows she felt more influence when she was with him and less when they were apart. Ultimately, she gave him a couple of million dollars, destroying her business.

Marrying into the Cult of One

If you saw Bad Vegan, Sarma wants you to know that she didn’t marry him the way they portrayed it. They spliced audio from one part of the interview with another to give an impression that wasn’t true.

Yet, some think she should be locked up in jail. She should be ashamed of herself. She’s a fraud, a con artist, a sociopath. But perhaps somebody who goes through something like this is actually quite sensitive.

It would be helpful if we had clear definitions of what’s due influence and what’s undue influence, what’s ethical, and what’s destructive authoritarian control. Unfortunately, people are confused. Many people walk around believing the myth of invulnerability – “That could never happen to me. I’m too smart, or I’m too…whatever.” I’m here to tell you that the mind is an incredible thing, and it can be hacked.

In a situation like this, many victims hide with shame. Many people just want to put it on a shelf and pretend that it didn’t happen. And that is rarely a good strategy for healing.

Sarma’s situation is somewhat different because of her celebrity. But a Netflix series, and now she’s writing a book? Her courage and willingness to help others go beyond what most people who exit mind control situations are willing to do.

I’m getting expressions of gratitude for telling my story because people say nobody understands,” Sarma explains. “For better or worse, I’m not alone with it. I might get people yelling at me and being critical, but I’m not alone.”

Part of the reason Sarma keeps speaking out is that so many people, mostly women, don’t have a platform or the ability to speak out. Because she can speak out, she passionately and forcefully will continue to do so – for them.

With a better understanding, family and friends may be less likely to reject victims. That rejection just compounds the injury and destruction of these controlling people. By talking about it, Sarma hopes to:

If you have seen the Netflix series, her book is bound to clear up some confusion.

And if you are worried about a loved one under the influence of a cult of one or a cult group, reach out carefully. Here are some additional resources.