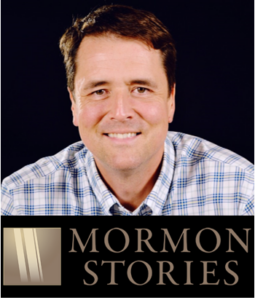 Back in 2018, I had the honor of being asked to participate in a podcast called Mormon Stories produced by Dr. John Dehlin, a former member of the Church of Jesus Christ of Latter-day Saints (more commonly known as the Mormon Church). After being on the podcast, I wrote a blog post about his work and included his color-coded BITE Model analysis of the Church that excommunicated him.

Dr. Dehlin is an expert in supporting people who are experiencing faith crises and transitions. His training and research revolve around the nexus of religion and mental health with an emphasis on faith crises. Just recently he was a guest on Sarah Edmonson and her husband Anthony Ames’s podcast, A Little Bit Culty, and I was impressed by his exceptionally clear articulation of the cultic aspects of the LDS organization. I invited him to talk again so I could do another post highlighting his experience and the current scope of his work.

A Brief History of the Mormon Church

The Church of Jesus Christ of Latter-Day Saints (LDS) was founded in 1823, in Western New York State, by Joseph Smith. Smith claimed to have been contacted by an angel named Maroni, who told him about some ancient, engraved golden plates that were buried in a nearby hillside. Smith said that he excavated the plates and translated them into English, producing the Book of Mormon. This book tells the story of an Israelite family who supposedly migrated to America centuries before the birth of Jesus and were taught by prophets who were like those described in the Hebrew Bible.

The early 19th century was a period of religious revival known as the Second Great Awakening, and the LDS church was one of many Christian revivalist movements of the time. However, the Book of Mormon made an additional claim—that through Smith God had restored the primitive Christian church that was the true faith, and from which all other Christian churches had strayed.

Growing Up in the Mormon Church

John Dehlin was born a sixth-generation Mormon, indicating his ancestors were among the original members of the Church. He attended the Mormon Church faithfully for the better part of 45 years, including 3 hours of weekly church, a 2-year full-time mission required of all 18-year-old males, early morning seminary for an hour during all four years of high school, and intense religious instruction at Brigham Young University. An example of how the Mormon Church selectively teaches its history is this: despite all his exposure to Church history, Dehlin was never told in a church setting that Joseph Smith (the church’s founder) had practiced polygamy, even though his own grandmother was the daughter of a polygamous marriage.

Around 2001, Dehlin was working at Microsoft in Seattle. With the expanding reach of the internet, he was able to delve deeply into church history and identify the many discrepancies between the truth and the Church’s version of the truth. Through his research he realized that the Book of Mormon could not be an ancient record of Native Americans, due to the anachronisms in the book (e.g., horses, steel swords, helmets, wheat, barley, etc.)

More significant, however, was his friendship with a co-worker, who was gay, a fact that was not known to him. When he learned the man was gay, John realized that the teachings of the Mormon Church about LGBTQ people were discriminatory, not founded in any credible, science-based research and that the “treatment” of LGBTQ people espoused by the Church was not only ineffective, but inherently cruel and damaging. Dehlin describes his efforts to reform in an excellent TEDx talk.

By 2005 John had realized that everything he had been taught by the Church about gays, minorities, and women was suspect, and started a podcast to share his experience and that of other ex-members. In 2008 he became aware that young adult LGBTQ suicides in Utah were two to three times the national average.

In 2009 Dehlin started a Ph.D. program in clinical and counseling psychology and decided to focus his dissertation on the LGBTQ+ Mormon experience, particularly to debunk conversion/reparative therapy. Initially, Dehlin tried to effect change from within the Church, however, the leadership decided to excommunicate him rather than reform their practices.

The Truth About the Mormon Church

The Mormon Church claims at least 16 million members worldwide, but in terms of active members, there are more likely 3-4 million who self-identify as Mormons. The growth rate of the LDS church is now less than 1%. Far more living people have left the Mormon church than those who currently identify as active members. John’s Mormon Stories podcast is consistently rated as one of the top 25 most popular religion-themed podcasts in the U.S. and has provided a path for Mormons to consider their choices with improved informed consent.

The Mormon Church has assets (cash, stocks, bonds, real estate investments, etc.) of somewhere between $200 and $400 billion, and is moving toward $1 trillion. It is the wealthiest church in the US. Mormons represent a disproportionately high number of members in the US Senate and House, State Department, FBI, and CIA. Dehlin’s theory about why Mormons are ideal members of the FBI and CIA is (in part) that they are trained to be obedient, and follow orders without question, such that they are predisposed to be “company men.” The Mormon Church has the resources and power to control media coverage of the Church and devotes significant financial resources and volunteer manpower to affect state and federal legislation.

Members of the Church are required to donate 10% of their income on a yearly basis. Minimal consideration is given to the financial abilities of the members, and some parents have not been allowed to attend their own children’s weddings because they have not made sufficient financial contributions.

Dehlin used my BITE Model of Authoritarian Control to demonstrate that the Mormon Church operates as a cult, most significantly during the two-year missionary experience that is required of every young Mormon. During those two years, the missionaries are literally never allowed to be alone (except while in the bathroom). They are required to work 14-hour days for no pay, but still have to pay for their own lodging and food. When the missionaries are stationed in a foreign country, their passports are confiscated by the Church, effectively holding them prisoner.

Both Dehlin and I are trained as therapists and are ex-members of cults – and we agree that therapists who treat ex-members need to understand what it is like to be a member of a high-demand religion or cult. Therapists will often think that someone could just “leave,” but do not understand the strength and reach of the hold that cults create over the minds of their members.

Dehlin is not in opposition to the faith itself, or with individual Mormons, most of whom are decent people. Instead, his argument is against the lack of informed consent within Mormonism, the undue influence of the Church hierarchy, and its rigid policies, not only within its membership but in the wider world as well. If the truth is provided, and someone still wants to join the Mormon Church, that is fine. Informed consent is the key.

Home – The Gift of the Mormon Faith Crisis

Alexander: The LDS Church Needs to Step Back from Influencing State Policy – The Daily Utah Chronicle