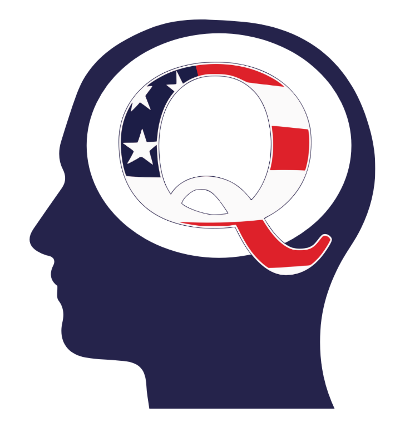 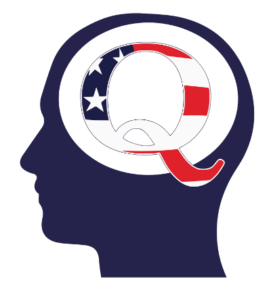 On March 25, 2021, The Conversation published an article by Dr. Sophia Moskalenko entitled Many QAnon followers report having mental health diagnoses. According to this article, 68% of the QAnon followers arrested because of their involvement in the failed January 6th insurrection reported mental health diagnoses. (According to the National Institute of Mental Health, approximately 20% of the general population have a mental health diagnosis.) Dr. Moskalenko poses the question of whether mental health issues were a driving factor in the growth of QAnon. Dr. Moskalenko cites a study published in August 2019 based on the autobiographies of convicted terrorists. The study Psychological Distress Terrorist Involvement and Disengagement from Terrorism: A Sequence Analysis Approach by Corner and Gill was fascinating. However, it was used as a reference for those involved with QAnon as well as those arrested at the failed insurrection attempt.

The Fundamental Attribution Error – A Word of Caution

Social psychology’s major principal bias is known as the Fundamental Attribution Error (FAE). We all need to understand how it may affect our thinking. When judging other’s behavior people tend to blame their attitudes, characteristics, or beliefs. For example, “They must be weak, uneducated, stupid or mentally ill.” Social psychology helps us understand how much human beings are affected by social influence factors. The context or situation powerfully affects why humans do anything. Unfortunately, this attribution bias often leads to blaming the victim. For over 45 years, I have heard people verbalizing this bias–that cults can recruit only weak or unhealthy people. This is not only incorrect but harmful. Without prior knowledge or training, almost everyone is susceptible to undue influence and cult involvement.

Dr. Moskalenko notes that mental health diagnoses in the United States increased by 1.5 million from 2018 to 2019. In answering the question of why, it is critical to avoid making a fundamental attribution error. The four years of Donald Trump’s presidency were tumultuous, divisive, and a major source of great anxiety. The COVID-19 pandemic made it worse. Many of the January 6th failed insurrection participants stated they were there because the President asked them to come. This does not excuse any illegal activity. But it does confirm the effectiveness of constant repetition of the “big lie” that the election was stolen. Destructive political rhetoric and fearmongering at the highest levels of government was a constant for four years. What role might that play in increasing mental health issues and cult involvement? The pandemic caused heightened social isolation and economic insecurity. This led to heightened fear, anxiety, panic, sleep disorders, and more alcohol and substance abuse.

Social Undue Influence or Mental Health Issue?
Or Perhaps Both?

The purpose of this post is to share some concerns about publicly connecting mental health diagnoses to susceptibility to cult involvement. In regard to the diagnosis of the 68% referenced in the QAnon article, I have some questions.

Scheflin’s Social Influence Model (SIM) proposes a way to look more comprehensively in evaluating undue influence. I used this model in my doctoral dissertation on how we can update our Justice system. Scheflin suggests an expert should look at:

Of course, if someone has PTSD, a personality disorder, or other clinical issues, they might indeed be more vulnerable to deceptive authoritarian cult recruitment. But, I believe it is dangerous to focus primarily on those who have been victimized. Equal attention should be given to the influencer or predatory organization. Understanding the methods used by cults to deceptively recruit and indoctrinate is critical in formulating a more accurate picture of the many factors involving undue influence.

Cult deceptive recruitment efforts and the use of undue influence is not a new phenomenon. The image may come to mind of someone in a saffron robe handing out information on the street corner. But recruitment through the internet is much more subtle and invasive. False and manipulative information flows through social media on a 24/7 basis. Personal data is collected through algorithms and used to target individuals thought to be susceptible to recruitment. This information is often obtained in unethical or illegal ways. Without sufficient understanding of how this works, individuals are being subjected to constant recruitment without knowing it. For information on several informative documentaries that provide excellent information on this subject, see my post on social media and cyber warfare.

Beyond the issue of tracking and targeting of information is the sheer volume and relentlessness of information on social media and the internet as a whole. Spending many hours daily using digital media, for whatever purpose, easily becomes an addictive behavior.  In 2018, Twitter was hosting roughly 6,000 tweets per second (about 200,000,000,000 per year)! Twitter was the main conduit by which Trump communicated, providing a constant flow of grievance, division, and false information.

In an article in the Journal of Democracy, Dr. Ronald J. Deibert called this flow of information a “real-time tsunami.” Authoritarian leaders control their followers by “sowing confusion, ignorance, prejudice, and chaos.” High levels of stress characterized the political and social climate during the previous administration. Stress and its accompanying mental and physical side-effects were greatly compounded by the Covid-19 pandemic. Under these circumstances, conspiracy theories and simple explanations provided by such groups as QAnon might seem to make sense. Buying into their worldview provided a way of relieving the confusion and anxiety.

Cult recruitment and involvement are clearly a threat to individual mental health, as well as, the survival of our democratic way of life. As evidenced by the January 6th attack on the Capitol, understanding the effects of cult-inspired behaviors and mental illness’ possible role is a critical need.

There is a significant lack of epidemiological research into the public health crisis created through cult recruitment and control. In my work, I have seen numerous cases where individuals have been misdiagnosed. Many have been prescribed unnecessary medication. All of these cases occurred because a therapist did not have a sufficient understanding of the effects of cult involvement. Please see my recent post regarding the need for additional training for mental health professionals.