QAnon: What Is It About? A Discussion With Conspiracy Theory Researcher Travis View 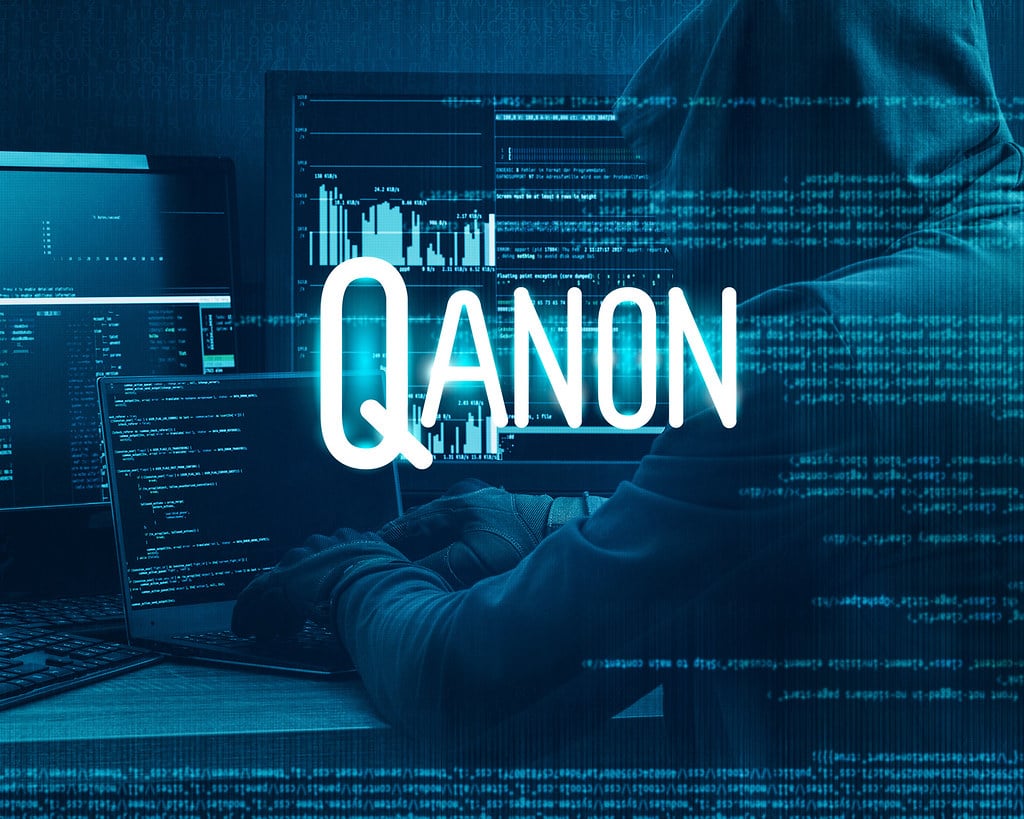 In today’s online, social media world, information can be spread quickly, in some cases without any critical evaluation or investigation into the credibility of its source. QAnon is an online pro-Trump conspiracy theory group that popped up in 2017 on 4Chan and went on to 8Chan. This supposed U.S. intelligence official, Q, does Q drops, anonymous internet posts, which give clues to supposed real-life events. QAnon believers essentially think Q is a real person who has a very high level of U.S. government security clearance and is working to expose corruption by posting obtuse posts that are designed to make people curious to figure out what it all means. QAnon people believe that Q might possibly a group of people. QAnon followers do believe that there is a “Q team” behind the posts and the imaginary Q operation.

In a way, it is a clever technique to increase stickiness and involve a bit of a game online group environment. People compete to figure out what a post could mean. For outsiders looking in, the question, “Why would a legitimate intelligence official choose to post anything like this?” Especially on one of the acknowledged low-life sites? The reality was that 8Chan was a place where lots of conspiracy theories thrive alongside white power, anti-semites, and other extremists’ visit. QAnon folks actually have been led to believe that Trump is a force for great good and positive change and who, with military officials and intelligence officials, are gathering information which will result in the arrest of 100,000 criminals in government and elsewhere (including “deep state” enemies as well as traffickers). They magically think the entire corrupt system will be overthrown. Of significant interest is that QAnon and those who promote the theories think Russia is benign and had nothing to do with the 2106 election or current online politics, especially QAnon.

I wrote about QAnon in my new book, The Cult of Trump, which has gotten a good deal of media. In the book, I wrote about Trump supporter, Scott Adams, who categorically thinks QAnon is not real and did at least one or two YouTube videos trying to dissuade people from taking it seriously. I have come to learn that many educated, intelligent people have been taken in by this online conspiracy group. While I was directly told by a famous hacker I know (who is fighting Scientology) that he personally knows who started QAnon and that it was a joke which turned into a money-making venture that included Russian trolls, many people have been taken in. He actually told me he thinks that anyone who takes Q seriously is really stupid. Of course, I disagree because I understand the power of online influence and how it can recruit a person into a belief system based on both hopes and fear, to keep people locked into the belief bubble.

For example, it is a proven fact in the Mueller report, and subsequent investigations by journalists, that Russian intelligence expended great resources to create and spread disinformation throughout the internet to create suspicion, division and to support Donald Trump and his Presidency. Yet, many people have been taken in by Russian disinformation and social influence.

Further, according to NBCNews:

While the identity of the original author or authors behind “Q” is still unknown, the history of the conspiracy theory’s spread is well-documented — through YouTube videos, social media posts, Reddit archives, and public records reviewed by NBC News.

NBC News has found that the theory can be traced back to three people who sparked some of the first conversations about Qanon and, in doing so, attracted followers who they then asked to help fund Qanon “research.”

Qanon is a convoluted conspiracy theory with no apparent foundation in reality. The heart of it asserts that for the last year the anonymous “Q” has taken to the fringe internet message boards of 4chan and 8chan to leak intelligence about Trump’s top-secret war with a cabal of criminals run by politicians like Hillary Clinton and the Hollywood elite. There is no evidence for these claims.

In addition to peeking into the mainstream, the theory has been increasingly linked to real-world violence. In recent months, Qanon followers have allegedly been involved in a foiled presidential assassination plot, a devastating California wildfire, and an armed standoff with local law enforcement officers in Arizona.

According to Alyssa Rosenberg (in her opinion piece for the Washington Post), “QAnon jumped into the public eye when believers began appearing at Trump rallies with Q-related shirts and signs in an attempt to thrust their message into public discussion. They have been successful: The president has amplified Twitter accounts that promote the theory, invited prominent believers to the White House and the Trump reelection campaign recently released an ad in which QAnon signs are visible.”

To better understand QAnon, I interviewed an expert on this online phenomenon, Travis View: writer, conspiracy theory researcher, and co-host of the podcast “QAnon Anonymous.” [Follow Travis on Twitter here.] 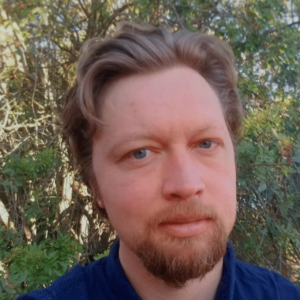 According to Travis View, who has studied the QAnon phenomenon and written about it extensively for The Washington Post, the essence of the conspiracy theory is that “there is a worldwide cabal of Satan-worshiping pedophiles who rule the world, essentially, and they control everything. They control politicians, and they control the media. They control Hollywood, and they cover up their existence, essentially. And they would have continued ruling the world, were it not for the election of President Donald Trump who was elected to put a stop to the cabal, and whose struggles behind the scenes are being revealed by ‘Q’.”

And some hardcore followers think QAnon is the antidote to corrupt social control systems, especially the corporate mass media and encourage “citizen researchers” to share the “facts” about what they believe is the truth.

Travis explains how this is a false perspective (and dangerous) as it rests on the premise that anonymous “citizen researchers” on the chans are more adept at uncovering factual information about current events than professional journalists at the so-called “authoritative” news organizations. There are serious and substantive critiques to make of corporate media, but their editorial standards prevent news organizations from distributing clearly false information most of the time.

Researching for yourself is clearly a good thing. My good friend, Jon Atack and his son, Sam, recently did an excellent Youtube video on secret societies worth watching, although not specifically on QAnon. But over and over again, we’ve seen information from QAnon-affiliated citizen researchers to be demonstrably false.

To cite another, after someone illegally doxed personal information about Republican Senators during the confirmation hearing of Justice Kavanaugh, QAnon followers spread the claim that congressional aide Kathleen Sengstock was the culprit. The claim, which originated on the 8chan /pol/ board, spread through mainstream social networks like Twitter and eventually far-right publications like The Drudge Report and Gateway Pundit. But it is entirely false. Capitol Police eventually arrested the real culprit: a man named Jackson Cosko. I documented the spread of that false information on a Twitter thread.

The entire mainstream media and every outlet within it, as imperfect as they might be, never once accused an innocent woman of a crime while reporting on the doxing incident.

There are many more examples like these of chan-based “citizen researchers” spreading clear misinformation on social networks. That has the effect of making people less informed, not more.

Please take time to watch my video discussion with Travis. We discuss how he got interested in this topic and why he feels it is important enough to talk about in his podcast, in The Washington Post and on Twitter. Travis explains more about how this conspiracy got started, how pervasive it is, and how dangerous the spread of misleading information can be.

QAnon’s “researchers” claim for themselves the work of others, distracting from real crimes. They are persuasive in shaping national conversations towards their narrative. And this pattern of behavior and beliefs is not unique to QAnon believers but affects many, across many platforms. 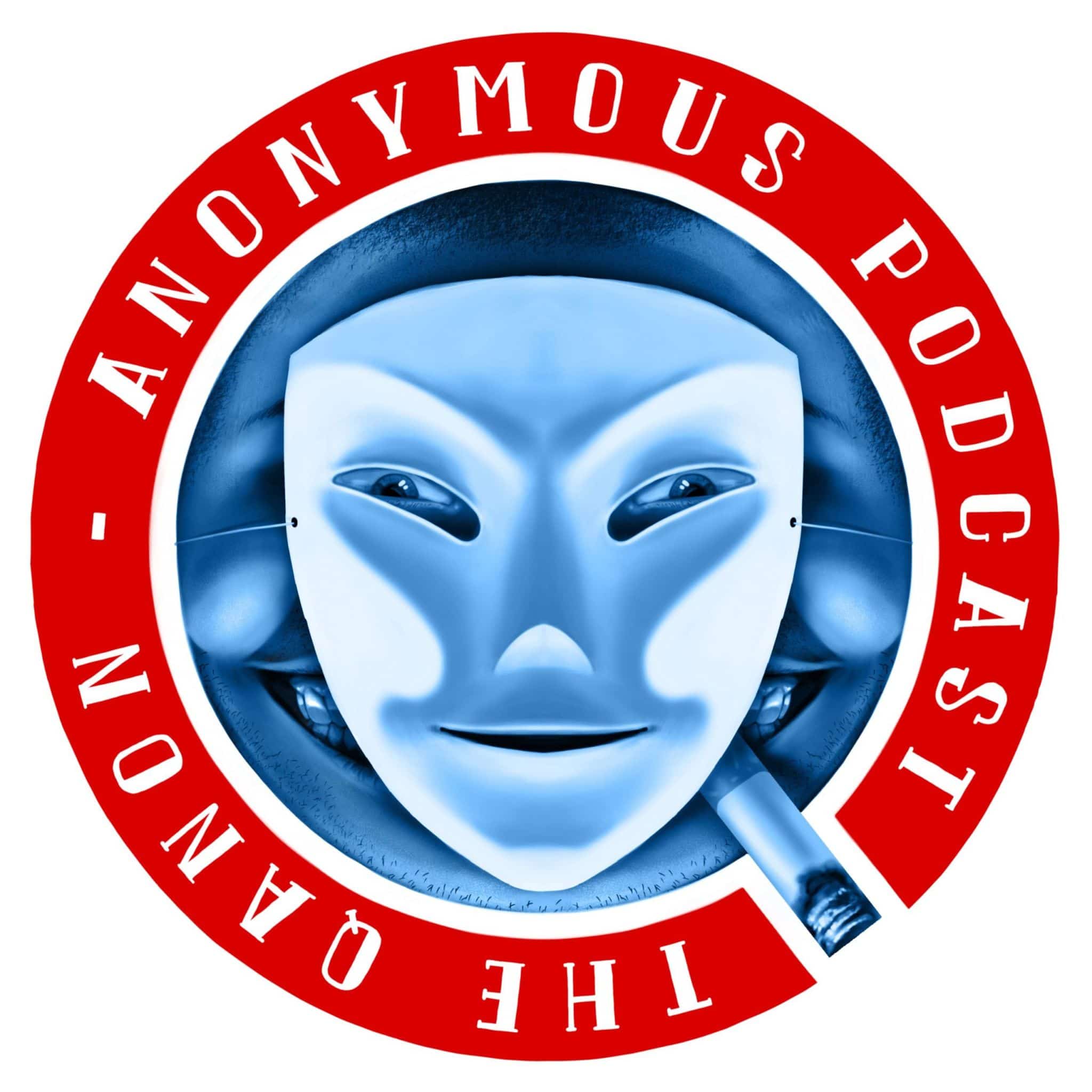