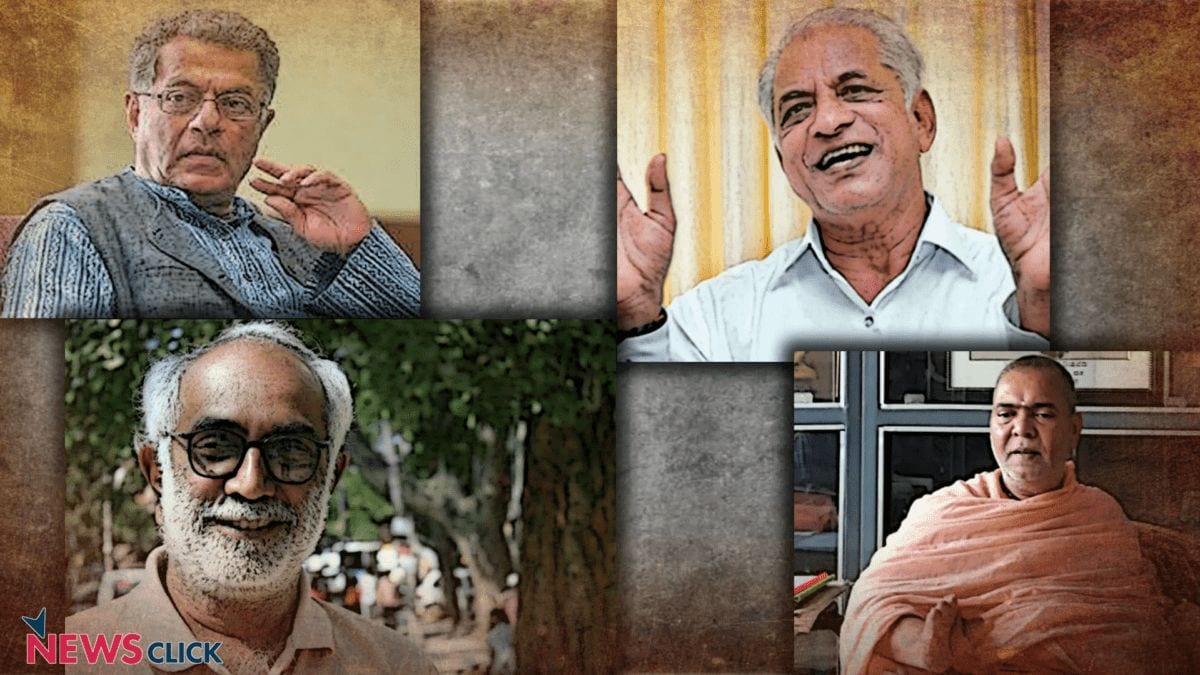 Indian Activists Advocate the Use of Scientific, Analytical Thinking, Not Just Superstition

This week’s blog features an interview with my friend Narendra Nayak who is the President of the Federation of Indian Rationalist Associations (FIRA). His organization consists of eighty constituent groups who together seek to promote scientific thinking. For example, members have been a force to teach Indians about magic tricks used by cult gurus like Sai Baba to induce them to believe he had God-like powers. Decades ago, Premanand, the original founder of the Indian Skeptic organization, introduced me to Narendra Nayak. Premanand was an extraordinary man who wrote books about Sai Baba explaining his use of magic tricks to induce faith. More importantly, he organized and trained countless Indians to go out to remote villages to provide powerful lessons about trickery and mind manipulation. He and students would come into a village and pretend to be a God-man, do a series of “manifestations” (sleight of hand) and other seemingly supernatural feats. People would bow to them and try to give them money. The money would be refused, which would shock the givers. People would then be told that they are not divine and explain how the trick was done. A 1993 documentary entitled the Guru Busters was produced to explain the work of the Indian Skeptics. (My interview with Premanand was incredible but due to his thick accent, unfortunately, most non-Indians are unable to understand much of it.) Premanand’s legacy has now grown through the passion and activism of Narendra Nayak to over three hundred thousand members. FIRA is linked to an international movement of skeptics, much due to the pioneering work of magician James Randi and led by the scientist, author, and publisher of Skeptic magazine, Michael Shermer. 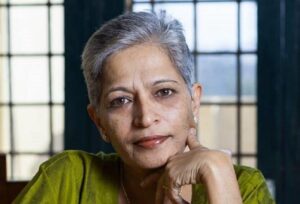 On September 7th, 2018, I read a disturbing Washington Post article about a group which was exposed as allegedly killing the activist journalist Gauri Lankesh a year ago. Gauri was much respected and beloved because she criticized Prime Minister Narendra Modi’s ruling Bharatiya Janata Party, as well as, the rise of right-wing extremists who espouse their Hindutva ideology. Hindutva teaches that India should be a Hindu nation with Muslims and secularists as enemies. People held demonstrations in support of Gauri Lankesh and her work for human rights by holding candles and using the phrase #IAmGauri. India is the world’s largest democracy with over one billion people.

As soon as I read the article, I emailed Narendra Nayak, providing a link to the article and asking what he knew about it. He responded quickly and told me he has round the clock police protection as there have been attempts made on his life. He sent me this article about his situation, along with this one which further explains what is happening to those who seek to modernize India from superstition and extremism. Several prominent activists, including Narendra Dabholkar and M.M. Kalburgi, were also apparently murdered by the same group. I immediately asked Nayak if he would consent to an interview with me. I told him that I wished to help shed a bigger light on the horror of Hindu right-wing extremism in India. (Video appears at end of the article.)

The Washington Post reported that a London-trained doctor named Jayant Athavale thinks he is the reincarnation of the Hindu deity Vishnu and believes in making India a Hindu state. So, unlike Christian cults and Muslim cults that want to undo democracy and impose a theocracy, this one is Hindu. Athavale supposedly teaches his followers to have a religious war, and he even wrote a book called The Duties of a Warrior. According to the Washington Post, there are lawsuits alleging that manipulative hypnotic techniques were used to recruit and indoctrinate followers. Some were purportedly told to kill people they believed were a danger to their Hindu God.

The group accused to be behind the killings is Sanatan Sanstha. Its spokesperson, Rajhans, was quoted as saying that, “Nobody can be hypnotized against his wish and cannot be made to commit any evil deed.” I think this is patently false. His comment is a myth predominantly espoused by stage hypnotists who induce people to come on stage and are usually made to do ridiculous things while everyone laughs at them. I began my formal training in hypnosis in 1980. In my professional opinion, people can be covertly hypnotized without their consent and they can be made to believe and do things against their normal value system and conscience. I have written three books about the BITE model components that can be used to program people. A new identity and belief system can be installed and absolute obedience required. Believers will do what they are told to do by the authority figure, especially if they believe that they are following God.

The BBC published this concerning article about Savitri Devi: The mystical fascist being resurrected by the alt-right which describes her love of Hitler and fascism. Savitri Devi espoused a belief that Hitler was an avatar of the Hindu deity Vishnu and identified as a devotee. She was involved with Indian guru Swami Satyananda who was apparently an abuser of power and members.  Steve Bannon of Breitbart, as well as other right-wing strategists, are cited in the research, linking this “populism” to darker, anti-semitic, neo-nazi, identity politics.

During my career, I have been asked to help victims of different kinds of Indian guru cult groups. But, this is the first time I have learned about right-wing political/religious cults which have assassination training programs. The ringleader of the extremist cell, Amol Kale, is believed to be responsible for training the assassins. It is imperative that the world community become aware of this plot to exterminate good people who wish to help others to think for themselves, make their own decisions, and oppose theocracies where any ideology is imposed on others!

[Interesting historical note:  When talking with my friend Jon Atack about this story, he asked me if I had ever heard of the “Thuggees” of India. He told me they were a cult that believed they were following the Hindu god Kali and they murdered and robbed people in the 1700s.  I had never known the origin of the word “thug” before. Jon is an ex-Scientologist, author and currently the central person at the Open Minds Foundation.]