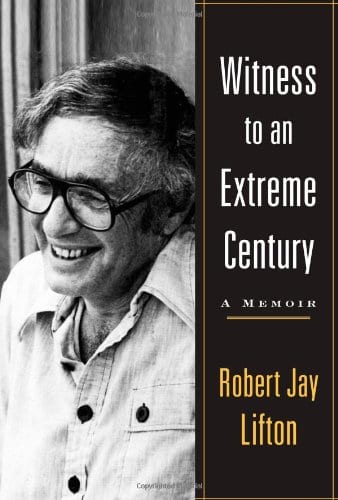 As this year marks the 40th anniversary of the day I left the Moonies, I want to take some time to acknowledge an individual who played an important role in my personal and professional development.

I recently had the pleasure of interviewing the famous psychiatrist and my mentor, Robert Jay Lifton. I was first introduced to Lifton’s 1961 book on brainwashing, Thought Reform and the Psychology of Totalism, during my deprogramming in May of 1976. It helped me understand that the tactics used by the Moonies to indoctrinate me were the same used by Communist China and other cults around the world. It provided an unbiased “touchstone” for answering the question, “Was I under mind control?” It helped me see how brainwashing can change your very identity.

A large part of my own recovery was learning about what happened to me. I spent months studying persuasion, attitude-change, influence, and mind control. Since Dr. Lifton’s work had been so instrumental in my recovery, I decided to contact him at Yale University. Once I explained the Moonie system of recruitment and indoctrination, he told me that what I described was like a virulent mutation of what he had studied. He told me that he just studied it “second-hand” and that I lived it: it was done to me and I did it to others. He told me to study psychology and explain it to people like him. For me, an embarrassed, ashamed, 22 year old college dropout ex-Moonie being told by a world famous psychiatrist that I knew something more than he did totally “reframed” my life and gave me a positive direction.

With Lifton’s support, I pursued a career in the mental health field. His 8 Criteria for Thought Reform had a direct influence on my BITE model, a tool that has been used by countless people around the world to understand cult influence. Dr. Margaret Singer, who wrote the foreword to my first book, had a 6 “conditions” model which was also instrumental.

In our recent interview, Lifton shared a great deal of wisdom about topics like global warming, ISIS, and the dangerous environment of American politics. Lifton described Trump as a “guru” who was using lies and emotional manipulation to gain a following.

As a scholar, Lifton has written many important books. Among them: Destroying the World to Save It, The Nazi Doctors, Death in Life, Home from the War, Psychohistory and his memoir, Witness to an Extreme Century, to name just a few.

I invite everyone reading this blog to please take the time to watch my interview with Lifton. His insight is truly a gift to the world, and without him I would not be who I am today.

Steven HassanRobert Jay Lifton MD: An Interview with a Genius10.07.2016