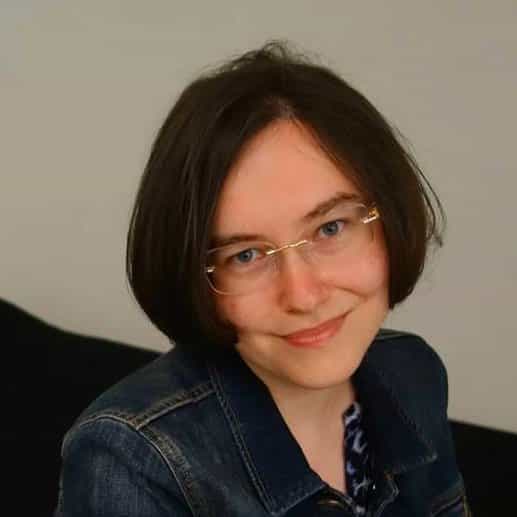 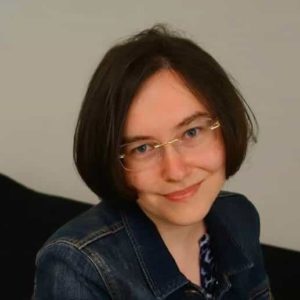 A few weeks ago, Russian journalist Kseniya Kirillova asked me to do an interview with her about my book The Cult of Trump. I asked my friends if they knew of her work and they responded affirmatively, confirming that she was well respected. So, I decided to read a number of her articles which were highly critical of Putin, Russia, and activities that are despicable. Her article was entitled, “Veneration of Donald Trump is a Personality Cult.”

I must say that I was surprised to learn from Kseniya that 15 or more years ago, she had read my book Combating Cult Mind Control in Russian. Kseniya is a human rights advocate and, at the time, was fascinated by cults. Now, her focus is Putin and his negative influence on his own people, Ukrainians, and everyone else in the world. Kseniya told me that she was friends with Evgeny Volkov, a Russian psychologist and cult expert friend of mine who translated at least one of my books into the Russian language.

I have always had an interest in Russia because my family’s roots are from there. My paternal grandmother, Rose Hassan, was from Moscow and my paternal grandfather, Sam, (after whom I am named) came from Latvia. Both emigrated to the United States in the early 1900s. My aunt Tanya married my uncle Ted. She also was from Russia.

In 1992, after the Soviet Union fell, I was invited by a Russian psychologist to travel to Russia to teach about cults and mind control. My students were mental health professionals: psychiatrists, psychologists, and guidance counselors. Western cults were flooding into the former U.S.S.R. and they wanted to understand from a cult expert what the issues were so that they could better serve the public. It was really interesting training people who were, essentially, ex-members of a state-run political cult.

When I taught them about Lifton, Singer, and my BITE model, the reaction was incredulity at first. They wanted me to know that “I was describing the whole system of pedagogy of the Soviet Union.” They wanted to make sure I understood that their job was to “put dissidents into psychiatric hospitals because they were critical of the regime.” I understood.

It was what I had thought all along. Russian communist brainwashing was similar to Chinese communist brainwashing, in that it created a dual identity (cult identity and real identity). Russian psychology mirrors that of the cult mindset. Even though the Soviet empire collapsed, people still had the same psychology. Many fled–leaving to come to the United States, Israel, Europe, and elsewhere. But, just as people born into the Moonies, Scientology, Jehovah’s Witnesses (for example) can’t just leave and start acting like someone raised in freedom, neither could the ex-Soviets.

Many of these folks still listen to Russian media, music and are still “hooked” into their culture and its mindset. Russia under Vladimir Putin has moved back in the direction of highly centralized authoritarianism. Putin is controlling the narrative and controlling by fear–using state-run disinformation and propaganda to influence the Russian people. Just now, Russia’s constitutional “referendum” delivered its expected outcome — President Putin can serve until 2036 — but an elaborate spectacle of public affirmation was vital to his legitimacy.

Similar things are happening now, in America, under President Trump. The propaganda techniques being used are the same as those used by Putin. Russia undoubtedly is still having an influence on US politics. The latest uproar concerned the stories of Russian intelligence financing Afghan militia to kill Americans for bounty. The furor is that if Trump didn’t know about it, he is failing in his duty as Commander in Chief of the military. If he did know about it and did not to force Putin to stop the practice, then he is treasonous and needs to be held accountable.

I am completely against authoritarianism and completely for human rights. I felt it would be great to interview Kseniya to learn from her and have a deeper discussion about Russia, Putin, Trump, propaganda, and disinformation.

Kseniya Kirillova is an investigative journalist and analyst who focuses on Russian society, mentality, propaganda, soft power, foreign policy, and other activities. She is the author of several hundred articles, including research on Russian propaganda and soft power, that have appeared in the British-based Institute for Statecraft, the U.S.-based Homeland Security Today, the Atlantic Council, EU Today, the British-Canadian security project Defense Report, English-language media like the Kyiv Post and Euromaidan Press in Ukraine, the Stop Fake project, Radio Free Europe/Radio Liberty and more.

The current polarization in America, I believe, is partly because of Russian “active measures.” I wrote about Putin’s influence on Trump and the election, and of particular interest is the fact that many people who are ardent Trump supporters buy into Russian conspiracy theories while denying or minimizing Russia’s current influence on events in America.  QAnon, anti-vaxxer, and “PizzaGate” true believers seem to universally minimize Russia as a negative force. Many still deny that Russia helped to hack the election and is having a profound influence on social media. Why? I wrote in my book about how Alex Jones took over 1000 propaganda stories from RT television, told them as true, then the story would be covered by Breitbart, and then by Fox…

I wrote a blog on QAnon and conspiracy theories, blogs, and videos. Obviously, the aim is to induce fear, upset, create conflict, and promote confusion. Putin benefits from American instability and chaos. It is clear that Putin wishes to divide the American people and would love civil war. Maria Butina was a Russian agent that infiltrated the NRA and attended The Family’s National Prayer Breakfast and then was outed. Russia has deep ties with the Christian Right too. These networking connections facilitate propaganda theories and tactics. Interestingly, in Russia, they cannot own assault rifles like they are pushing us to have in America.

If you read the Mueller report, you will see there was some evidence of Russian interference in the 2016 election and I believe when we see the entire report, it will support this conclusion. Hopefully, the Supreme Court will allow the unredacted version to be released to the public.

Russia is a weak power but excels in cyber warfare. To meet their political agenda, Putin and Trump use misinformation and conspiracy theories, spreading these as truth. Again, Russia’s aim is to divide the American people. Russia also wishes to weaken NATO alliances and undermine democracy worldwide. North Korea’s Kim did a huge cyberattack on Sony in retaliation to a movie they did about him he did not like. It is my firm belief that all citizens of America and the world should learn about cyber warfare, disinformation, propaganda and BITE model mind control.

To fully understand our deep discussion on this topic, Kseniya has recommended a few articles to read. These articles connect Putin’s propaganda techniques with Trump’s.

I really appreciate that Kseniya is willing to be courageous and speak out about Putin. Please take the time to watch our video discussion. It contains so much valuable insight. If you turn on the English subtitles it might help you to clearly understand everything that she said.

Her final words should make us all think, “People should appreciate the freedoms they have and for me, unfortunately, it’s very painful to see that American elites, even from both sides, prefer to divide people in order to achieve some temporary political goals and they don’t care that it’s like a bomb under society and, of course, America’s enemies use and will use these contradictions, even the radical left. They also use some destructive parts of their behavior and have some leverage to use even unconsciously and all these contradictions make Russia happy because Putin really believes that all Russian problems are created by the United States.”