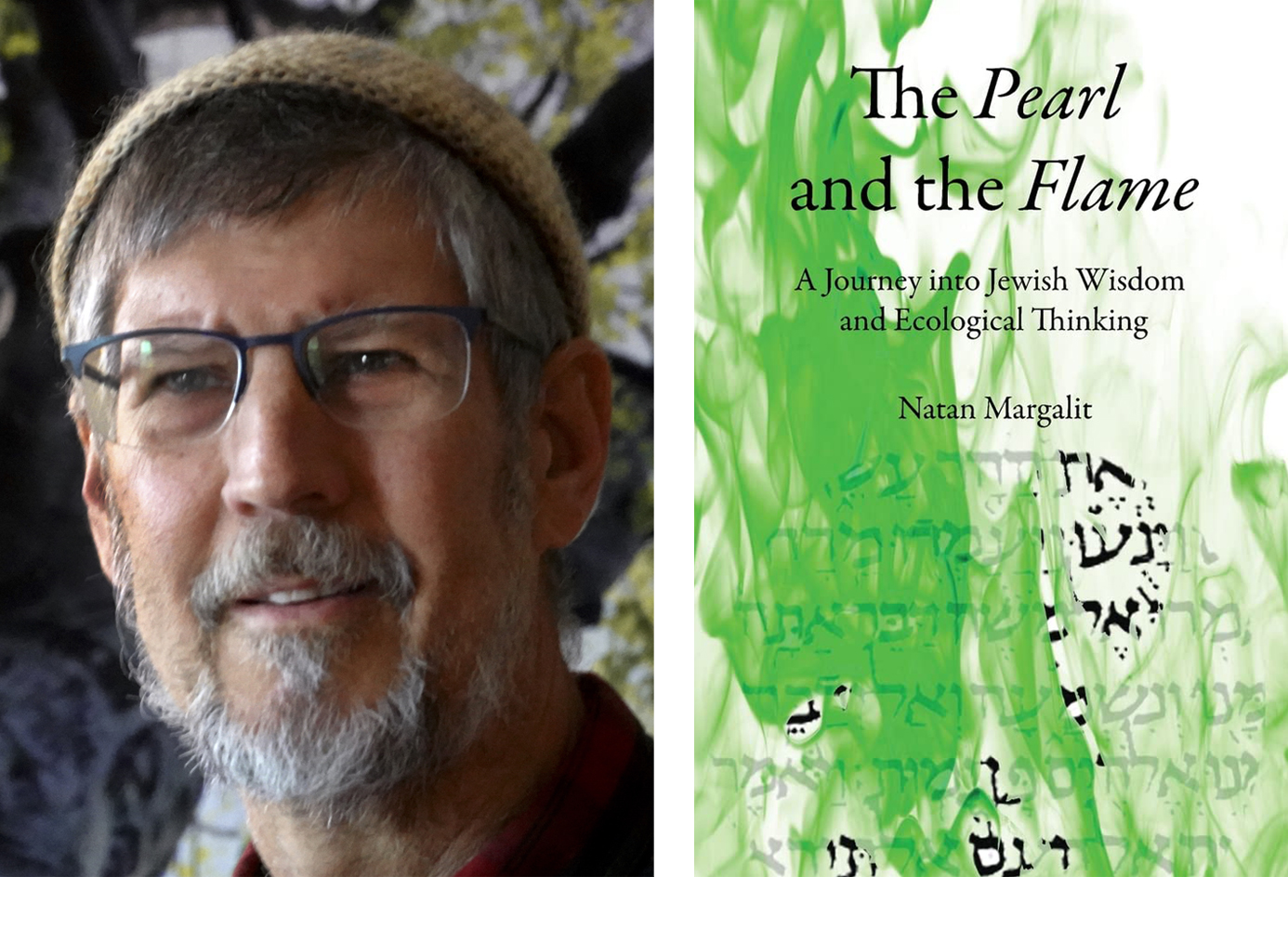 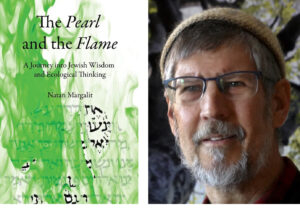 Our world faces many serious and deadly problems: extreme climate change, increasing threats to democracy worldwide, and critical levels of isolation and disconnection experienced by excessive internet and social media use. Science and technology can help in healing the earth but taken alone they are not sufficient. What ancient wisdom is lacking from our traditional scientific approach?

Rabbi Natan Margalit, the author of the newly released book, The Pearl and the Flame, has an answer. The problem, he believes, is not understanding the connectedness of all things—people, plants, animals, and the natural world. His solution is to integrate our vast and valuable scientific knowledge about complex systems with the ancient wisdom of the Torah (the Hebrew Bible).

Rabbi Natan Margalit is a rabbi and scholar with 30 years of experience in teaching, writing, organizing, and congregational leadership. He has a Ph.D. in Near Eastern Studies from U.C. Berkeley, has taught at Bard College, the Reconstructionist Rabbinical College, Hebrew College Rabbinical School, and now is chair of the Rabbinic Texts Department at the Aleph Ordination Program. He is also Director of the Earth-Based Judaism track of the A.O.P. and is the founder of the non-profit Organic Torah.

I had known Rabbi Margalit for over ten years and interviewed him in 2013 when we shared similar experiences relating to cult recruitment. In that conversation, he told me of his experience as a 19-year-old on his first trip to Israel. Natan Margalit had grown up in a secular Jewish home in Hawaii, but he was curious about Jewish beliefs and history. He was approached at a bus stop in Jerusalem by a man dressed in the ultra-Orthodox manner, recruiting students for Aish HaTorah, an Orthodox yeshiva. He encouraged Natan to come with him to study and learn about the “true” path of Judaism (which included the belief that the world was created only five thousand years ago).

Hearing about this group’s approach and the “catchphrases” they used; I was struck by the similarity with the recruitment I had experienced as a 19-year-old by members of the Moonies. One of the most basic techniques is to change the message according to the perceived needs of the individual being recruited, to sense their weak spots, and use terms such as “finding happiness” or “turning point in your life.”

Margalit was yearning for a connection to his Jewish roots and tried changing his return ticket to stay in Israel and study at the yeshiva. However, he could not do that and thus avoided becoming entangled in an authoritarian, controlling group with an anti-modern, anti-scientific approach. Even so, a significant period of anxiety and uncertainty followed after he returned to the United States. He was afraid he had turned his back on God and that he was going back into a world of chaos and evil. In just a short time, the persistence of the group message had taken over part of Natan’s consciousness.

Eventually, over the years that followed, Rabbi Margalit began to find ways to blend intellectual, scientific ideas and pursuits with the wisdom of Jewish teachings and traditions. Ancient wisdom emphasized the connections between all of life and put the highest value on preserving the “web” that binds us together. Modernity has often challenged that web of life by breaking things down to the smallest parts in our drive to mechanize, control, and manipulate our world. But, Rabbi Margalit, explains, the leading edge of science such as ecological and systems science is now shifting away from breaking things down and is coming back to emphasizing relationships. This paradigm shift is necessary to handle the ecological crisis the modern world faces effectively. Judaism and other indigenous and traditional cultures can be significant partners with the leading edge of science in this shift. Creation in these traditions is something to be cared for rather than something to exploit for the benefit of human beings.

In our most recent conversation, Rabbi Margalit and I discussed some essential concepts in Judaism that can be compared to ideas of systems theory and can be significant in addressing our social and environmental crises. Three of the most important are the “three mems”: Minyan, Mikdash, and Mitzvah.

Ancient Wisdom for Healing the Earth

Emergence refers to the idea that the “whole is greater than the sum of its parts.” For example, modern ecological science understands that trees don’t simply exist as individuals but thrive when they are part of the whole forest with its network of relationships. A minyan is a gathering of at least 10 Jewish adults. In Jewish tradition, certain rituals and parts of the standard liturgy can only be done when there is a minyan. For example, reciting the Mourner’s Kaddish (a prayer said in remembrance of someone who has died) requires a minyan. This requirement acknowledges that community and connectedness are necessary to support someone in mourning; in addition, the presence of the community elevates the holiness involved in honoring the memory of those who have died.

The concepts of nestedness and mikdash remove the divisive idea of “us versus them” and support connection. Nestedness refers to how the whole is comprised of components, that as individuals, we are part of a people, a country, humanity as a whole, and part of the created world. Elements within the whole may have boundaries, but these boundaries are permeable and allow protection and connectedness. In the center of the Mikdash (the Temple in Jerusalem) was the inner sanctuary, the Holy of Holies. Outside was the Temple, the Courtyard, the City of Jerusalem, and so on.

Mitzvah stands for the idea that small actions can make a huge difference. Pirkei Avot, a collection of ethical teachings from the Rabbinic tradition, says: “Be diligent in a small mitzvah as with a large one—you never know the reward of a mitzvah.”

Rabbi Margalit’s work through Organic Torah, his teaching and writing, is about shifting our way of being in the world. He is devoted to advancing the understanding that relationships are more important than things and that we are a part of a greater whole. When we see the world through a lens of community and relatedness, we naturally take responsibility for those around us. Then we can begin to heal our relationship with other human beings and the natural world.

Organic Torah – The Torah of Nature, The Nature of Torah  website

Steven HassanScience and Torah: Ancient Wisdom for Healing the Earth09.29.2022