The Trauma of Being Cut Off: Disfellowshipped While Still Indoctrinated

Unless it has happened to you, it is impossible to describe the pain, confusion and suffering a person endures when they are excommunicated from an authoritarian Bible group like the Watchtower Society. People’s entire identities are molded around ideological conformity and dependence on commands from the Governing Body, believing that only those men know the Almighty’s will and understand the Bible properly. It is especially difficult when a person is raised in such a group and their families and friends are all believers. The threat of being shunned is an example of the extreme social influence that encompasses all four aspects of the BITE model which includes behavior, information, thought and emotional control. The recent, shocking triple murder/suicide in Detroit, Michigan, by 45-year-old Lauren Stuart, has been making headline news, not only for the crime but the context in which it took place. 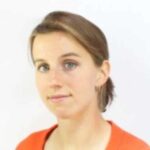 Lauren Stuart was reportedly suffering from depression. Unfortunately, she did not seek specialized, professional help from someone who understands the unique issues of someone leaving the Watchtower Society. It is possible due to her indoctrination that she felt the “outside world” was of Satan and since no longer under God’s protection, there was no mental health counseling that could help her. Add to it the stress of shunning and she apparently was a ticking time-bomb.

Even though her husband and children also left the organization, Lauren left a suicide note which seemed to indicate that the phobia programming about Armageddon or the “end of the world” had a substantial impact. She seemingly found herself unable to cope with the shunning from friends and family and killed her husband, two adult children and herself so as to take a delusional “short-cut” to the New World.

With the media and community outraged, let us take a few minutes to use the BITE model to identify and illustrate how something like this can happen and possibly bring awareness to hopefully prevent it from happening again.

When a religious group which claims an exclusive connection to God kicks believers out, the authoritarian group simultaneously activates all four components of mind control. By ordering members to be cut off, they can no longer participate. Information and sharing of thoughts, feelings, and experiences are stifled. Thought-stopping and use of loaded terms keep a person constrained into a black and white, all or nothing world. People are being controlled through fear and guilt!

Behavior control refers to how the organization modifies behavior with rewards and punishments, along with promoting dependence and obedience. Take the above case, the family was kicked out–essentially being told that “God” was displeased and members could no longer speak with or associate with them. They were cut off from their entire social universe: those they depended on for love, friendship, guidance, and livelihood.

And the Detroit family was not alone. The Detroit Free Press shared a few other stories that show how shunning is a dangerous practice. As well, Jehovah’s Witnesses are not the only group that shuns members that do not obey the rules. The “Church” of Scientology, the FLDS and so many other destructive cults all practice a form of shunning.

On her Emmy Award-winning television show, ex-Scientologist Leah Remini, a member for over 35 years, shared her personal experience with disconnection, as well as making public many, many other cases. According to her, “Scientologists are forced to ‘disconnect’ from anyone whom the church deems a ‘suppressive person.’ ” On Tony Ortega’s blog site, The Underground Bunker, there is a list of many members who have not seen their loved ones.

As for information control, it played a role in this situation. Leaders do not want their members to speak with ex-members or do personal research outside of the allowable theocratic library. Plus, they withhold and distort information and generate and use propaganda. One troubling result is most high control groups, including the Jehovah’s Witnesses and Scientologists, discourage their members from seeking help from mental health care professionals, even when they display troubling signs of acute depression, anxiety, panic disorder, dissociation, suicidal thoughts, autism spectrum disorder or a variety of personality disorders.

Thought control happens when the leaders of the organization use loaded language and cliches to prevent critical thought. Also, members are taught to reject rational analysis, critical thinking, and doubt. Lauren Stuart still used terms like “New World” and “Armageddon” and was unable to ask for help. She impulsively acted out of an all or nothing mindset. Horribly she took the lives of her loved ones, thinking she was helping them.

The universal mind control technique is phobia indoctrination which combines with the emotional feeling that as a believer, you are one of the chosen, one of the elite who will live forever.

It was the phobias about Armageddon, along with the idea that there was no happiness outside the group, that compounded Lauren’s thinking and contributed to her outrage and sense of hopelessness. Learning about cult mind control and getting support from healthy ex-members who understand cult recovery strategies could have prevented this horrible tragedy.

Freedom to Believe or Not 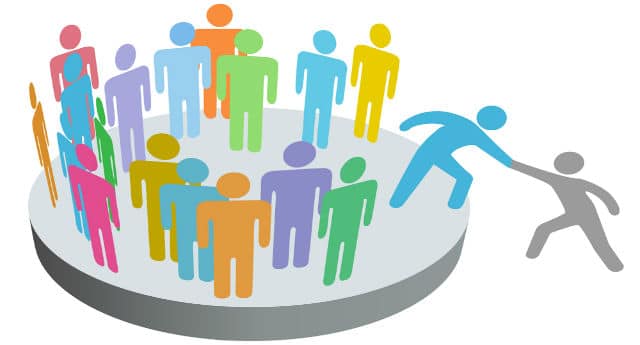 At Freedom of Mind, it is our belief that religions need to fundamentally support basic human rights and need to be transparent and open. We believe that anything that is legitimate will stand up to scrutiny. Yes, if a religious group is genuine, then love, compassion and charity will be the dominant emotional teachings, not fear, guilt and condemnation. Relationships between family members should be honored and encouraged, never punitively disrupted. People should be free to get medical treatment, have an education, read whatever information they wish to learn about and speak to whomever they wish to interact with. Authoritarian cult leaders dictate policies that serve continued obedience and dependence and this is wrong.

Dr. Joshua Grubbs from the Bowling Green University needs volunteers to participate in a religious disaffiliation study. It is pretty detailed and can take up to 60 minutes but it is extremely important academic research on this important subject. To participate, you do not have to be an ex-JW. You can be involved in any fundamentalist church, an ultra-orthodox Jewish community, Muslim religious community, any group considered to be a controversial cult group or even a mainstream religion. Please take the study below:

For more, please download this detailed handout on The BITE Model.

Steven HassanShunning and the BITE Model of Mind Control in the Jehovah’s Witnesses03.22.2018