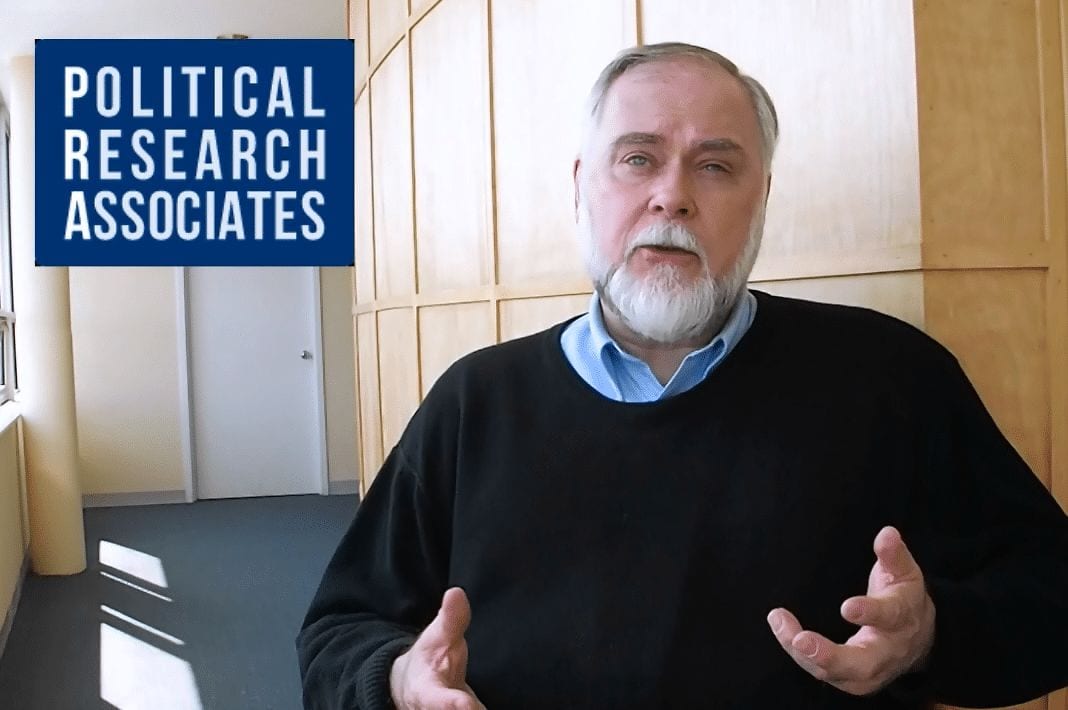 This week’s blog is an effort to make people aware of a concerted effort to move the United States away from the Founding Fathers’ plan in the Constitution. They wanted a solid foundational commitment for a clear separation of Church and State. However, we are currently seeing a trend towards giving rights to religious corporations that may impinge on the rights of others. Meanwhile, some powerful elements of the Christian Right are engaged in a well-funded effort to move us away from a democracy to a theocracy.

This week, I had the good fortune to do a video interview with Frederick Clarkson. Fred is a Senior Research Analyst at Political Research Associates in Somerville, MA. PRA is a social justice think tank devoted to supporting movements that are building a more just and inclusive democratic society and exposes movements, institutions, and ideologies that undermine human rights. He is the author of a PRA report titled When Exemption is the Rule: the Religious Freedom Strategy of the Christian Right. His books include Eternal Hostility: The Struggle Between Theocracy and Democracy, and Dispatches from the Religious Left: The Future of Faith and Politics in America.

Fred helped me to realize, that many years ago when the Moonies lied to me at the Queens College cafeteria and told me they had nothing to do with any religious group, they infringed on my religious freedom as a young Jewish man. They were not honest in stating that they believed Sun Myung Moon was the Messiah. Or that members bow three times before an altar with Moon and his wife’s photo on it every Sunday morning at 5:30 am for a pledge service to give their lives to the Fatherland, Korea. When the pretty young women flirted with me they did not tell me about Moon’s mass weddings. They did not tell me that they had recruitment quotas or that they were going to pressure me to go to a weekend workshop, then drop out of college, donate my bank account and throw out over four hundred original poems I had written. If they had, I would have had informed consent and would have told them to not only leave me alone but would have had them thrown off the campus. I bring this up because my conversion and indoctrination into the Moon cult involved a suppression of my conscience, critical thinking, and autonomy. My programmed Moonie-self thought lying to new recruits was the ethical thing to do because I adopted the cult belief that we were living in Satan’s world and therefore needed to steal Satan’s children back to God.

How is my cult experience relevant to the theme of religious freedom? Beginning with the recent Supreme Court case Hobby Lobby v. Burwell,  a corporation was determined to have a right of conscience akin to that of an individual. Therefore, the company was able to decide, based on its religious views, what could or could not be included in the company health insurance plan. In this case, they believed that certain contraceptive drugs induced abortion. (Medical groups said they didn’t.)  As a result, we face a theocratic slippery slope away from the Founding Father’s vision of religious freedom and towards letting those in power, in business, government and religious institutions determine what can or cannot be done. Fred explained to me that the Religious Freedom Restoration Act, which was passed in the 1990s, was well-intentioned but is now being shaped to fit this concerning interpretation. Earlier this year, Fred published a Religion Dispatches/Rewire article about Project Blitz — an effort that includes a number of pieces of model legislation that would institutionalize some of these concerns. Fred recently published another article at Religion Dispatches/Rewire that exposed the forthcoming “American Charter on Religious Freedom”.  This political manifesto tends to endorse this trend and also seeks to discourage people from resisting.

I asked Fred in our video interview to speak about Dominionism in the Christian right and its impact on politics. I also asked Fred to comment on evangelicals who are apparently thinking that Donald Trump is a man being used by God to do his Divine Will on earth like King Cyrus supposedly did in Biblical times. Fred is so scholarly and so knowledgeable, I honestly could have talked with him for several hours. But since I couldn’t and thought some people might want to hear more, here is a link to a podcast he did with Rev. Dr. Welton Gaddy, founder of The Interfaith Alliance and longtime host of the radio show State of Belief, who described Fred as, “a leading voice in the effort to reclaim true religious liberty.” And check out this interview he did with International Policy Digest last year on “The Christian Right, Donald Trump, and Religious Freedom.”