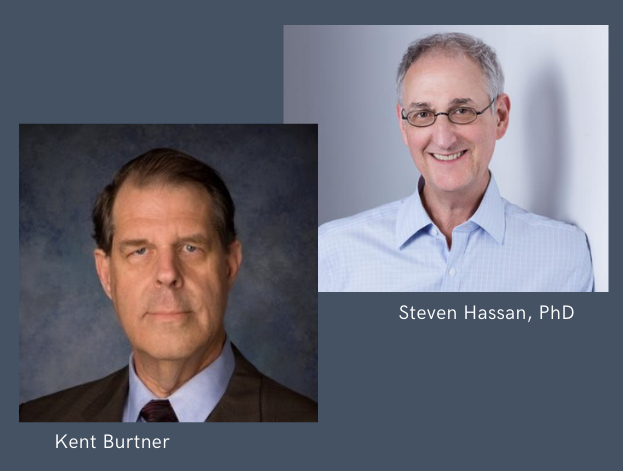 On January 20, 2021, Joe Biden became, after John F. Kennedy Jr., the second Catholic President of the United States of America. During his first days in office, Biden signed many orders designed to undo the damage caused by his predecessor. Biden, the Congress and Senate put in place funding and coordinated scientific leadership to address the COVID-19 pandemic which has now killed over 550,000 Americans. This effort includes manufacturing and distributing the vaccines, as well as, consistent messaging that the vaccines are safe and we all still should be using masks, social distancing and washing our hands frequently. In addition, an ambitious financial stimulus package has been passed to help the poorest and disenfranchised Americans. On day one, Biden rejoined the Paris climate accords, the World Health Organization and began reconnecting with world leaders in the much needed effort to rebuild some trust and faith in America. Science will play an important role in policy decisions and supporting human rights for all marginalized people. Biden has also stated his support for a woman’s right to choose regarding her healthcare, including a right to have a safe and legal abortion, a position that is anathema to the Catholic Church.

President Biden is a regular churchgoer and has been very open about his commitment to his faith. He believes the example and words attributed to Jesus in the Gospels and demonstrates this in his support of his administration’s social justice policies. One would have thought that all Catholics would be reassured to have Biden in the Oval Office. Unfortunately, this is not the case. There are many Catholics, and even some Church officials, who do not agree with him or, for that matter, with Pope Francis whose focus is on helping people and tackling the world climate crisis. The tension in this schism between these two positions highlights a progressive/conservative schism that has existed for a long time within the Catholic Church.

I interviewed an old friend and colleague, Kent Burtner, to discuss the development of this schism and the ways in which some of the more rigidly conservative organizations within the Catholic Church operate as authoritarian cults. It is these forces which oppose the Pope and Joe Biden. We are both dedicated to helping families concerned about a loved one in a destructive organization and offering support to former cult members. Kent is a consultant for Freedom of Mind and has helped me with cases over the years.

Kent was a Dominican priest for 20 years but eventually felt that he was called in a different direction and left the Order in 1994. I first met Kent decades ago during his priest days and have always been impressed with his depth of compassion and intelligence. Kent contributed to one of the only books given the Vatican’s imprimatur entitled Cults, Sects & New Age, published in 1989. His experience providing counsel to cult-affected individuals and families began during his time in the priesthood and has continued into the present day. Kent is currently working with Ken Garrett, a pastor in Portland, Oregon, previously a member of a local religious cult known as the North Clackamas Bible Community. After leaving the cult, Garrett wrote a book entitled In the House of Friends about his experience and has formed a support group for survivors of cults.

Religious Cults Within the Catholic Church

While he was still in the priesthood, Kent served on a committee charged with investigating a covenant community in Steubenville, Ohio, called The Servants of Christ the King. The investigation revealed significant abusive practices, including excessive control over intimate family relationships, financial decisions, and living arrangements.

Opus Dei, a well-known Catholic organization, operates along these same lines. The organization was founded in Spain in 1928 and is made up of lay members and priests. All numerary members remain under the strict spiritual direction of Opus Dei and follow “the plan of life,“ which includes daily Mass, spiritual reading, and prayer. Opus Dei holds the unique status of a personal prelature given to Pope John Paul II’s organization. Many Catholic officials have been critical of Opus Dei’s secretive nature and many of its cultish policies.

The Second Vatican Council was called by Pope John the 23rd in 1962. The Council was convened to consider how the Catholic Church might need to adapt to a rapidly changing world and bring more unity to the Church as a whole. Pope John expressed it as needing to bring “fresh air into the Church.“

One of the significant changes that occurred during this time was referred to as the “liturgical movement,“ resulting in Mass being said in English rather than Latin. Many Catholics welcomed the change, as it allowed lay people to be more involved and deepen their understanding of the ritual. On the other hand, many others felt that the beauty and profound sense of mystery of the tradition that included not only Latin but great pieces of classical music and Gregorian chant had been lost.

The concept of merging theology and political action commonly referred to as “liberation theology,“ arose (primarily in Latin America) during this time as well. This approach placed a particular focus on economic justice and human rights. Interestingly, the connection between religious belief and political action was initially promoted by more liberal Catholic organizations and laypeople. It has now become a concept used by conservative, right-wing individuals and groups in their efforts to force America into a Christian, white-dominated society.

Opus Dei, an extremely wealthy organization with millions of dollars in assets, operates out of the Catholic Information Center (CIC) in Washington, D.C., two blocks from the White House. Leonard Leo, a board member of the CIC, founded the Judicial Crisis Network, which spent millions of dollars to block Merrick Garland’s nomination during the Obama administration. Opus Dei’s goal appears to be placing the Catholic Church in a central position of political power. I did an interview and blog with Eileen Johnson, a former members of Opus Dei as well as a BITE model of Authoritarian Control evaluation of the organization.

Charismatic covenant communities may start with good intentions and genuine commitment to a faith tradition. Unfortunately, the rituals and structure by which they operate can easily become abusive, turning the community into an authoritarian cult. Some key elements of the structure and rituals of cults include:

Judge Amy Barrett’s nomination to the Supreme Court in October of 2020 brought an intense focus on the covenant community, People of Praise that she and her husband were raised in and currently belong. This group reportedly requires a lifetime covenant commitment, requires wives and children to be submissive to their husbands, promotes fear of damnation and losing God’s grace. People of Praise allows and even encourages corporal punishment of children and shuns former members. The concerns over Judge Barrett’s nomination were not caused by religious discrimination (as was claimed by her supporters) but valid questions about how the group’s authoritarian beliefs and practices might affect her ability to render impartial decisions. Judge Barrett belongs to a religious group whose authoritarian structure grants her husband and group leaders absolute authority over her beliefs and actions. Asking how she would handle cases involving principles that she (or those in authority over her) might oppose is a fair question. Unfortunately, she was not asked pointed questions during her confirmation hearing. Kent Burtner wrote a letter to the Senate with his concerns here.

Advice for Family and Friends of a Religious Cult Member

From the work both Kent and I have done with cult members and their families, we can recommend many ways to start. First and foremost, it is important to understand that the person you care about still exists and can be rescued from the cult’s influence. The process of healing from this influence involves many stages, and assistance from mental health professionals with expertise in cult influence is very helpful. But there are some first steps that families and friends can take that will start to set the stage.

While all cults create “spiritual abuse,“ when it is done in the name of religious beliefs, it can be particularly destructive. Leaders in religious cults claim spiritual authority, often without any training and with no supervision or accountability. The tactics used to recruit, induct and control members of a cult are purposefully designed to create a “cult self“ that overrides the genuine self. In order to do this, a person’s freedom of thought, healthy self-esteem, and conscience must be driven into hiding. This is a supreme violation of a person’s spirit and their creation in the image of God.

Steven HassanThe Current Schism in the Catholic Church and How We Might Help03.31.2021