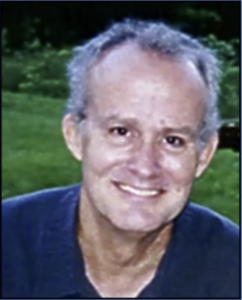 With the assassination of former Japanese Prime Minister Shinzo Abe by Tetsuya Yamagami, the Moon cult is back in the news. Abe became a target, reportedly because he and his father publicly supported the Moon cult. The assassin was reportedly furious because his mother had given away all the family money to the cult. I interviewed former top American political leader of Unification Church, Allen Tate Wood, and wish to expose the mindset of cult psychology.

Allen Tate Wood was a four-year member of the Unification Church–aka The Moon organization. He was the Chief Political Officer of the Unification Church in the United States, commander for the state of Maryland, workshop Director and Chief lecturer for the state of Maryland, and an expert witness for the congressional subcommittee investigation led by Donald Fraser into the Korean CIA infiltration into the United States. He also authored Moonstruck: a memoir of my life and a cult to warn people against cult dangers. Wood said he left in 1973 because “they were making people into fanatics.”

In addition, he testified in The London Daily Mail lawsuit where the newspaper wrote that the Moonies brainwashed members and separated them from their families. The Daily Mail won the case and the Unification Church had to pay some 2 million dollars. Perhaps most importantly, Wood testified before the US Supreme Court in 1979 and 1981in the case involving Moon’s conviction of conspiracy to defraud the US Government. Mr. Moon was sentenced to 18 months and served 13 in a posh prison in Danbury, Connecticut.

As a young man, Wood openly shared his disillusionment with the Vietnam War and was looking for a spiritual direction. Trying to appease his spiritual appetite, he went hitchhiking across the country and bumped into the Moonies. He says he was a naive 22-year-old boy fascinated by the idea of the Messiah and saving the world. In 1969, the Moon cult was about studying the Divine Principle, praying, and singing; there was no political activity in the US at that time that he joined.

Wood believed that Mr. Moon, a Korean, was the “messiah” and said he was young and naïve. He heard things that, in retrospect, should have been big “red flags,” but he missed them. For example, Mr. Moon told him that he was in a prison where the only living creature he ever saw was a fly, but he tore its wings off because he wanted it to stay with him forever – a clue to Moon’s malignant narcissism. Mr. Moon also believed in restoring the sovereignty of God through lying. He justified lying by preaching that Satan owns all human history because he lied to Adam and Eve, and they got separated from God. He claimed that “Lucifer” Satan had a sexual relationship with Eve, and she seduced Adam, introducing satanic blood into mankind. He claimed that Jesus should never have gone to the cross. He was supposed to marry and establish a divine, “sinless” bloodline. According to the teachings, he told members he first married  Hak Ja Han in 1960, so their children would be free of original sin. Allen said he later heard Moon had been married twice earlier, even having a child with a former wife. He met Moon’s 24-year-old son in 1970. This was proof positive that Moon was not a pure virgin in 1960. Many women have come forward to publicly declare they had been sexually violated by Moon. Moon held mass weddings where he would match people together, even if they did not speak the same language. Moon told them it was “providential” that he have sex outside marriage, even though he told members to be celibate or faithful to their one spouse. He had another illegitimate son while married to “True Mother” (Hak Ja Han- the current leader of the cult), and this child was given to Bo Hi Pak to raise as his own son.

Wood found many problems in the cult: Homophobia, Guns, and Anti-Communist activity

In 1973, Wood stood up in a meeting and asked Moon a question about how to help members who are homosexual. Moon responded that “tell them if it really becomes a problem, to cut it off, barbecue it, put it in a shoebox, and send it to me.”

As a leader, Wood was sent on a seven-day trip to Korea. While there, Wood was given a tour of a Moon-owned gun factory. He later discovered that Moon was selling these guns on the world market. On that trip, Wood also went to Japan and was the translator to the Japanese head of the group.

In America, Moon wanted to mobilize members to support the Vietnam War. Moon asked him to influence faculty and students in universities. Wood was given a large donation from Chuck Colson, who later went to jail for Nixon’s Watergate scandal. The Unification Church was just a tiny front group of many political, business, and religious entities. I discovered that the CIA had helped set up the Korean CIA and that they were used to run counter-brainwashing programs in South Korea – citing North Korean brainwashing.

Mr. Moon died in 2012, and two sons fight with their mother over billions of dollars

Wood explains that the Moonie ‘Noah doctrine’ lies at the core of the cult because followers were told to turn off their brains and support the leader in all situations. The teaching controls people’s consciousness by preventing them from thinking about their experiences. In today’s digital age, there can be virtually-run cults. Personal data is being collected through digital devices and AI uses this to manipulate and control people. These algorithms are used to control minds and ramp up extremism on the left and the right.

For Allen Wood, God is not an image, but cult groups recruit by offering an image that is portrayed as the keys to salvation. Connecting the dots later helps explain that this subscription in its true sense means blind obedience: obeying everybody above you without any rational thought. However, a genuine spiritual quest is not obedience, but rather a conscious thought process that awakens the mind. I am grateful to all former members, especially former leaders like Allen Tate Wood for courageously sharing their direct personal experiences and telling truth to power. #IGotOut is a movement of former members who wish to share their stories and so help to destigmatize the fact we were lied to and brainwashed to believe a malignant narcissist.

The Truth About Sun Myung Moon

The Moon Organization: 70 Years of Extremism, Power, Money, and Sex

Why the Reported Sale of the Moonies’ Washington Times for $1 Requires Greater Scrutiny!

The Moonies and TM Attempt to Reinvent Themselves

Steven Hassan, PhD on Twitter: “The Crime That Killed Shinzo Abe – SNA Japan. More detail on the relationship between the Moonies and the Abe family! https://t.co/ckJpYU42M7” / Twitter

Steven Hassan, PhD on Twitter: “My sources in Japan tell me the Moon cult is going to have a press conference regarding the assassin. I warn the media that my former cult has a documented history of fraud and illegal activities and to be careful not to believe anything they say without verification. Also, the” / Twitter

Steven Hassan, PhD on Twitter: “Shinzo Abe assassin believed Abe was associated with Unification Church… I hope folks are ok that I continue posting pieces on Abe- when they have at least one or two pieces of information that moves the story forward. https://t.co/JTjcrdYEDs” / Twitter