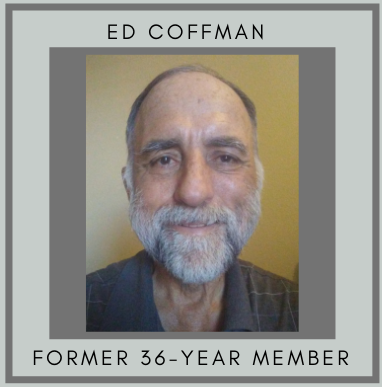 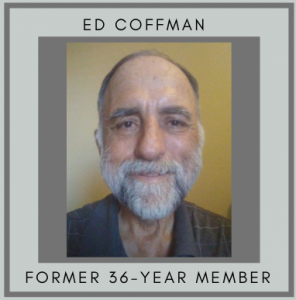 The Unification Church (“Moonies”) now goes by the name The Family Federation for World Peace and Unification. The authoritarian cult was founded in the early 1950s by Sun Myung Moon. My family hired ex-members to deprogram me from it, following a severe van crash in 1976. Moon’s wife, Hak Ja Han, has been in charge of the international Moon organization (aside from the schisms with her two sons) since his death in 2012. Deceptive recruitment and a program of systematic social influence induce people to become involved. Undue influence and immoral tactics describe a corrupt organization under any circumstances. Authoritarian political leaders, malignant narcissists, labor, and sex traffickers all use these practices to maintain power and control. When used by a person or organization claiming exclusive spiritual knowledge and a divinely ordained role in the salvation of the world, this type of exploitation becomes malicious and dangerous.

On January 6, while I watched the violent insurrection attempt at the US Capitol, I was once again provided with ample evidence that religiously-based indoctrination has long-lasting and destructive effects. Sean Moon, the youngest son of Sun Myung Moon, was there as leader of the Sanctuary Church (also known as Rod of Iron Ministries) with many devoted followers. During the riot, he was texting disinformation that Antifa was behind the insurrection attempt. Moon’s newspaper, The Washington Times, has been promoting the Big Lie that Trump actually won the election in 2020, as well as supporting his efforts to retake political power. Authoritarianism is now threatening to undo the ability to hold free and fair elections in America.

Over Three Decades as a Moon Cult Member

I recently heard Ed Coffman on The Farm Podcast (using the name “Don Diligent”) describing the 36 years he had spent as a member of the Moon cult. After finally freeing himself from the lies and deceptions, Coffman has been collecting and sharing information about the Moonies, its origins and development, and their current efforts to exercise influence and control within the United States. I exited the cult after 27 months of deep involvement, but I really wanted to speak with Ed about his life–when he was in the cult and now. I also was very interested in his research about the early days of the Moon organization–especially their political actions as an anti-communist group.

Ed was recruited as a Christian in the winter of 1978. While shopping in Santa Barbara, he was approached by a young woman, who asked him in an intriguing European accent, “Do I know you?” It was interesting to hear Coffman’s experience of being recruited. Although there were minor differences, the deception, flattery, gentle encouragement by an attentive woman, three flirting women in my case, was basically the same. Coffman was involved in fundraising for most of his time in the Moonies, eventually becoming responsible for a regional team. Just as I had experienced, he worked long, hard hours for no pay.

Neither Coffman nor I recognized it at the time, but we were both victims of labor trafficking. That term was not commonly used back in the 1970s, but it definitely applies. We knew the Moon family and other top leaders of the Unification Church were wealthy but did not realize they had amassed billions of dollars. Rank and file members ate rice and PBJ (peanut butter and jelly sandwiches) and slept on floors. The cult invested in expensive real estate, cultivated authoritarian political leaders, and the Moon family lived a decadent lifestyle. All of this was supported by the free labor they had convinced us to do for what we believed were “spiritual” reasons. I remember a meeting where Moon asked us if we were “happy to be slaves for God?” We roared back, “YES!!!” It is so sad how many wonderful people trusted their lives to Moon and were betrayed.

The Actual History and Reach of the Unification Movement

Since freeing himself from the Moonies, Coffman has been engaged in efforts to make the truth about them known as widely as possible. The Moon Organization has been, and still is, engaged in relationships with right-wing, authoritarian politicians and government agencies around the world. Their reach is so vast that it would be impossible to paint a complete picture in a single post.

Coffman describes himself as a “miner,” searching through thousands of documents and websites to discover or confirm nuggets of truth about the organization that stole 36 years of his life. I understand completely and have done many Freedom of Mind Resource Center posts and interviews about my experience in the Moonies and how they are authoritarian and dangerous.

The Farm Podcasts (links below) provide a wealth of information. They recently interviewed me. An eye-opening example of the ways the Moon cult has insidiously inserted itself into social and political organizations in numerous countries is provided by a list of front group entities done by now-retired PI Larry Zilliox. Although this report was done some time ago, it shows the dangerous reach and extent of the Moonie cult. One of the organizations listed in that report, for example, is New Hope Academy in Landover Hills, Maryland. New Hope’s current website confirms the Academy was founded by members of the “Unification faith.”  The simple act of referring to these members as being of the Unification “faith” disguises their actual identity. Who would think that the World Taekwondo Federation (WTF) is a Moon entity? Who would imagine the former Secretary-General of the United Nations, Ban Ki-Moon would be given an honorary black belt by a Moon front group and that years later he would appear with Hak Ja Han at a global meeting with Michael Pence, Mike Pompeo, Newt Gingrich?

Moon Organization Continues to Expand Their Influence in the US

After Sun Myung Moon died in 2012, there was a great deal of family discord over who actually inherited his “kingdom” and who was authorized to carry on his work. Several different offshoots of the Unification Church are being run by different family members.

Hak Ja Han Moon, the widow of Rev. Moon, is known as “Mother of Peace” and runs the Family Federation for World Peace and Unification (FFWPU). The mission of FFWPU is said to be creating and supporting ideal families in order to create a peaceful world. They organize mass marriages to strangers, called by the cult a “Blessing.” I think they are, in actuality, the opposite–a “Cursing.” A slogan used by the FFWPU is “Peace Starts with Me.” An unsuspecting reader of that slogan might think it refers to them, but most likely, Hak Ja Han is referring to herself. Ideal families may be the stated goal of FFWPU, but most Moon-arranged marriages are shams and end in divorce.

As mentioned above, Sean Moon was at the January 6th insurrection attempt leading members of the Rod of Iron Ministry. Moon calls himself “King” and fancies himself the rightful heir to the throne. He incorrectly says that the “rod of iron” mentioned in the book of Revelation of the New Testament prophecies is an AR-15 assault rifle. When Sean and his brother Kook-jin (Justin) Moon split from their mother, there was a lot of money at stake. Justin started Kahr Arms, a gun manufacturing company owned by the Moon organization for many years.

Rod of Iron Ministries and two other entities recently purchased a 40-acre marina and campground in Texas, designed to be a “safe haven for “patriots.” Rod of Iron Ministries promotes the culture war and conspiracy theories of Trump and the far right. Steve Bannon has spoken at church events, as well as Pennsylvania state senator Doug Mastriano, who organized “Stop the Steal.”

Coffman and I agree that this is a very dangerous development. Sean Moon’s cult is expanding from Pennsylvania into other states. His sermons and statements are becoming increasingly paranoid and violent, claiming that “Marxist globalists” are planning to take over and kill everyone (gun owners, Christians, Trump supporters) who opposes them. Plans are in the works for the purchase of other strategic locations. Sean and Justin Moon are positioning themselves to provide training space and sanctuary for right-wing, so-called patriot movements. Sean Moon has said we are in the “death of America,” and God is allowing them to expand in order to carry out their mission.

The Moon cult has a long history of deception, exploitation, misuse of sacred scriptures, undue influence, and predatory behavior. It has been a major player in the continued attempts of authoritarian leaders worldwide to destroy freedom and liberty. Under revised formats and with different names, the Moon family and their allies continue on this path. True patriots, who support the Constitution and Bill of Rights, need to stand together and ensure that the American dream does not die.

My Interview With Ed Coffman