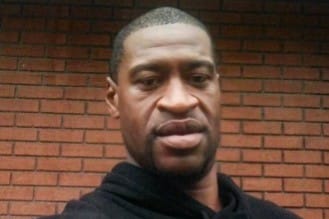 The murder of George Floyd, handcuffed with his hands behind his back and on his stomach, by the knee of a police officer on his neck for almost 9 minutes, has sparked justified outrage across the United States and the world. Peaceful protests have taken place by the vast majority of United States citizens. Donald Trump, aside from hiding in the White House bunker, later had officials use tear gas to allow him to make a photo-op of him holding a Bible and speaking outside of the historic St. Johns Church. Trump had called governors and told them he was prepared to authorize military force to go into cities to stop the protestors. Unfortunately, criminals and covert agents of authoritarian countries and cults have instigated violence and looting. Trump blamed only left-wing groups for the violence and left out right-wing, neo-nazi, and white power groups. The media focus has been on racism and specifically white supremacist beliefs, conscious and unconscious. There are so many structural inequities in America that need to be addressed. These have been written about by experts and include financial, justice system, and health care, to name just a few that need to be fixed.

I wish to weigh in through the lens of my expertise: that of undue influence–which includes authoritarian abuses of basic human rights as spelled out in the 70-year-old United Nations Universal Declaration of Human Rights signed by 192 countries and translated into 500 languages. For the past forty-four years, I have learned all I can about brainwashing, mind control, thought reform, cults and how to help people understand it and recover from it. I have drawn on Robert Jay Lifton, Margaret Singer, Edgar Schein, and other’s work to formulate the BITE model. It can be applied to mind control cults of all types and sizes. These include religious groups, political groups, therapeutic groups, commercial groups, even cults of personality.

I would like to apply it now to Africans who were kidnapped from their tribes and nations, brought by force to America, to become slaves. The sheer brutality and coercion have always been the focus when slavery has been traditionally taught in schools. I would like to extend it to the psychological mind control by both the cult leaders (slave owners) and those who were essentially labor and sex trafficking victims. I am suggesting a new frame that everyone considers using when addressing the issue of human rights. Yes, I have biases. I am a white man, with graduate degrees and live in a home in the suburbs. I am also a former cult member who was subjected to systematic deception and social influence processes to become a willing slave: working 18-21 hours a day, 7 days a week, cut off from family and friends, education, everything I had previously valued. I had my identity and its beliefs fundamentally changed to where I willingly wanted to be a slave for “God”- except it was for a right-wing, racist Korean billionaire who claimed to be God’s agent on earth–The Messiah.

I was rescued by my family and deprogrammed in 1976 and have dedicated my life to helping people to exit mind control authoritarian cults. Please look at my Influence Continuum and evaluate my BITE model as it fits the enslavement of blacks by slave owners. Tell me if it fits. I am adding specific violent criminal behaviors that were not on the original BITE model. For instance, we can add to Behavior Control: kidnapping, beating, torture, rape, separation of families, imprisonment, and murder.

Yes. There needs to be structural changes in America to address the incredible inequities. I offer my life work as a potentially constructive new frame that might help everyone to understand and the difference between ethical and unethical influence, and to encourage people to focus on human rights for all.

What is extremely concerning is that violence in the street will create a response of more militarization, curfews, and curtailing of people’s freedoms- in the interest of safety. This is Trump’s playbook of engendering more conflict and fear. It is very worrisome that his people who wish him to be reelected or extend his stay in power will be helped by the violence and disruption. Trump would love to declare martial law and suspend the Presidential election for fear he will be voted out and face innumerable criminal charges. For the sake of saving our failing democracy, we need people to not operate from fear but also from moral values and hope for a better future. Instead of sliding down to stooping to Trump’s cult leader playbook, we should be staying true to our Constitution and its system of separation of Church and State, checks and balances and rule of law. And the Bill of Rights. And the Universal Declaration of Human Rights which connects us to humanity all over the world and obliges us to oppose authoritarian dictatorships and work to help those who are enslaved.

June 13th addition: There has been a good deal of critical messaging taking place to shift the focus away from the officer’s behavior to the history of George Floyd and his criminal history. I have decided to add this link for readers to review and use to help evaluate, in a more nuanced context what has taken place. https://www.snopes.com/news/2020/06/12/george-floyd-criminal-record/

Steven HassanThe Murder of George Floyd in Minneapolis by the Knee of a Police Officer Has Sparked Outrage Across the United States and the World06.02.2020