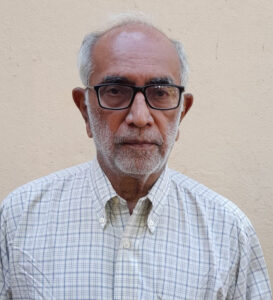 Dr. Nayak is a retired biochemistry professor, founder of Aid Without Religion, and current president of the Federation of Indian Rationalist Associations (FIRA). He is a polyglot who speaks nine languages. He works tirelessly to expose the “godmen” and other frauds who use cheap magic tricks to exploit unsophisticated people for money, power, or sex. Nayak himself has been the subject of death threats and attempts. He has the protection of a bodyguard at all times.

Sleight-of-Hand and Magic Tricks as Tools of Undue Influence

Many self-appointed prophets, godmen, and other charlatans claim to possess supernatural powers and the ability to perform miracles. They prey without shame on people wherever they can. Rural India is a prime target for their scams. One of the most well-known of these scam artists was Ratnakaram Sathyanarayana Raju. In 1940, at 14, Sai Baba claimed he was the reincarnation of Shirdi Sai Baba, an Indian spiritual master who had died in October 1918. He called himself Sathya Sai Baba and claimed to be omnipotent and omniscient. He also claimed to perform miraculous healings and resurrections. Sai Baba would materialize small objects such as rings and watches, which his devotees saw as evidence of divinity but were just magic tricks.

The founder of the Federation of Indian Rationalist Associations (FIRA) was my friend Basava Premanand, an Indian skeptic, rationalist, and debunker from Kerala. He organized tours around rural India to promote scientific thinking and expose alleged miracles and scams. Nayak continues this work following a similar procedure. Young men learn how to perform the magic tricks used by the scammers. Then they can demonstrate to the godman’s intended victims how the tricks are done and that they are not supernatural or evidence of divinity.

FIRA also issues general challenges to specific con artists, forcing them to attempt to prove in a public forum that they can do what they claim they can. One current challenge involves an astrologer in Mangalore.

The Duty to Support Science is Part of India’s Constitution

India is the world’s most populous democracy, and rationalism has had a long and proud history throughout Indian culture since the 6th century BCE. Article 51 of India’s Constitution says every citizen must develop a “scientific temper” and a spirit of inquiry and humanism. However, since 2014 when Narendra Modi became Prime Minister, a steady shift toward right-wing, extremist ideology and enactment of restrictive laws has occurred. Based on the extremist Hindutva ideology, the Bharatiya Janata Party (BJP) has led this shift.

Modi was a Trump supporter and had invited him to visit Modi’s home state in India. Large crowds of Modi supporters were expected to welcome Trump. Because of the pandemic, these plans never materialized. But the similarities between the right-wing movements in India and the United States are striking.

In the United States, fundamentalist, right-wing Christian individuals, and organizations want to establish their form of Christianity as a “state religion,” claiming that the US is a Christian country. Their use of the word “Christian” in this context does not include the broad and varied forms of Christian theology and worship, but only White, heterosexual, male-dominated, and very narrow interpretations.

Hindutva is a political, right-wing ideology promoted by the BJP and a cultural body known as Rashtriya Swayamsevak Sangh (RSS). Hindutva ideology manifests in much the same way. Hinduism is an ancient and pluralistic religion practiced in much of the Indian subcontinent.

In India, movements are rising to change school curricula to include supernatural, mythical, and patently untrue beliefs. False claims that airplanes and in-vitro fertilization ability existed thousands of years ago are made to prove superiority. Unscrupulous yoga practitioners claim the ability to levitate. Extremist attempts are underway to nationalize one language and deny the legitimacy of minority languages and cultures.

The Internet and Social Media: Help or Hinderance?

In many ways, the internet and social media can help to further science and democratic principles. However, they can also further magical thinking and demean science. Nayak points out that superstition and magic beliefs have existed since the beginning of human civilization. There is a saying about India that “21st-century technology is being superimposed on 16th-century mindsets.” In the 16th century, it would have taken months for rumors about “miracles” to move from one end of the country to the other. Now it takes 10 minutes.

The internet and social media are also a blessing and curse in the United States. Technology needs to be regulated, and social media platforms should be required to serve humanity rather than the other way around.

In conclusion, I asked Dr. Nayak what type of support he might need to further his essential work. He says there are two main problems this type of work faces. The first is the extremists who do not hold up the democratic principles guaranteeing human rights for everyone. But even more damaging is the silent majority – people who don’t speak up and work against authoritarian attempts to destroy democracy and freedom.

Both Dr. Nayak and I believe that most people want to live in peace with their neighbors, and we place our hope in the endurance of our democratic Constitutions. This belief and hope keep us going in our respective work to stop right-wing extremists in both our countries from destroying human rights and freedom.

‘Ready to Challenge the Astrologer over the ‘Tambula Prashne’- Prof Narendra Nayak – Mangalorean.com

India’s RSS Has Played A Powerful Role In The Rise Of Hindu Nationalism: NPR