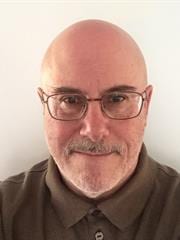 This week, I share an interview with my old friend and colleague, Steve Eichel, Ph.D. He is a forensic psychologist, an authority on hypnosis, expert witness, counselor, author, and educator. He specializes in destructive cults, coercive persuasion, brainwashing and deprogramming. In 1989, he wrote his doctoral dissertation on the subject of deprogramming. Dr. Eichel’s introduction into the field of cults goes all the way back to 1975. He currently serves as the president of the International Cultic Studies Association (ICSA) which is a cultic studies research and educational nonprofit organization.

Dr. Eichel starts the interview by describing his extensive background, experience, and qualifications in the field of cults. He was involved in two really important cases where he served as a forensic expert for the courts, explaining the process of indoctrination.

One of the cases involved a young 16-17-year-old woman, recruited and indoctrinated into a sex cult. This was a small, homemade cult where she would pick up teenage boys and then videotape herself having sex with them because that is how the cult leader “got his jollies.” Dr. Eichel worked with her attorney, writing a report to the prosecution so they would clearly understand she had been brainwashed into her criminal behavior. (The cult leader went to prison.)

The second case involved a local Nuwaubian group in Atlanta. The son of the leader of this group recruited a minor woman by love-bombing her and grooming her. She was held captive, starved, impregnated by the leader. Steve Eichel was the expert witness in a Georgia (outside Atlanta) civil suit against the Extended Stay Hotel chain, based on their negligence and failure to report what was going on in one of their apartments, which housed a small enclave of Nuwabians. The leader, Calvin Macintosh, is serving a life sentence for the death (by starvation) of a 1.5-year-old infant. The mother, when rescued, weighed 58 lbs. (She was also starved…both were “possessed” by demons, you see.) The plaintiff’s case rested a great deal on two issues: (1) did “mind control” keep the mother from reporting the torture herself?, and (2) can trauma and prolonged abuse as a cult hostage explain why the plaintiff’s stories have been inconsistent? (The defense claimed the plaintiff was a liar and a sociopath.) So much of the outcome seemed to hinge on my evaluation findings and testimony (or so Steve was told by the lead attorney for the plaintiff). The defense filed a motion to block my testimony as a witness, which the judge denied.

The trial lasted 2 weeks. The verdict came in September 2018: $46M to the plaintiff and the estate of her murdered daughter.

With his background and qualifications, I continue the interview, asking Dr. Eichel’s opinion on the New York Times editorial piece, “The Cult of Trump.” He emphasizes that cultic dynamics can be applied to a broad range of phenomena. It is “not some weird little thing that’s off to the side that affects about the same number of people as chicken pox or something. It’s a social psychological dynamic or series of dynamics that are present in a range of human interactions and groups. It’s really important to understand that.”

Steve makes the point that the main issue of concern is not one of influence but, rather, the intentions or goals. And the leader or influencer has certain characteristics.

“Why do people become dominant in an interpersonal relationship or why do they become cult leaders? I think, basically, the answer to that is narcissism, sociopathy and basically, money, power and sex is what it really winds up boiling down to.”

We continue the interview and discuss certain characteristics of Trump where he seems to be narcissistic, sociopathic, displaying a lack of empathy and social perspective. We look at the dynamic processes at play. Dr. Eichel gives his take on Trump and immigration, along with the idea by some that God wants Trump as president. We also talk about deceased political cult leader Lyndon LaRouche. And then as an expert in hypnosis, Dr. Eichel shares his knowledge about persuasion, linguistics, time distortion, NLP, and other observations about Trump.

He describes Trump this way:

“I really see Trump, primarily, as– he’s a skilled salesperson targeting certain kinds of people. He knows how to appeal to their emotions, and especially their fear. That’s where he’s different from a clinical hypnotist. Clinical hypnotist don’t do that, not even with smoking cessation. A good hypnotist working with smoking cessation is not going to emphasize all the harm, he’s not going to focus on the fear. He’s going to focus on all the good things that you’ll get if you stopped smoking.

Trump focuses on the fear first and foremost. In that way, I see him not so much as a hypnotist but just as a con artist and a salesperson, but not the kind of a salesperson you and I would want– kind of salesperson that you go in, you want to buy a condo and you wind up buying a mansion, and you are bankrupt in a couple of years.”

I encourage everyone to watch the interview with Dr. Steve Eichel. He brings decades of experience and education within the field of cults. I am planning to attend and present at the ICSA International conference this July 3rd-6th in Manchester, England. This 2019 Annual International Conference is done jointly with Info-Secte/Info-Cult of Montreal, RETIRN-UK, and the Psychology of Coercive Control Masters Program and the Connected Lives Diverse Realities Research Group and Criminal Justice Hub at the University of Salford.