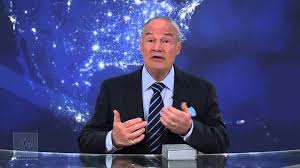 With the recent pandemic, COVID-19, thousands, if not more, “doomsday” cults are using fear to ramp up their claims that the “end is near” and frighten members to stay in, recruit new and reactivate former members. The Watchtower has been saying Armageddon is imminent for over 100 years and falsely prophesied an actual date 4 times. Children are shown horrifying videos of all “non-believers” being destroyed and believers living forever on planet earth. (Yes, they are actually taught and continue to teach this.)

The video released today is disturbing on so many levels, […].

Jehovah’s Witnesses are notorious for failure to comply with mandatory child abuse reporting laws, and they use every possible avenue to escape reporting. Yet when it comes to the Corona virus outbreak, Steven Lett tells the whole world that elders have been instructed to comply with their local authorities, WITHOUT the intervention of Watchtower headquarters!

“We’d like to say this: We TRUST you! And we’re confident that you’ll prayerfully evaluate the facts and local circumstances and follow the direction of the superior authorities.”

This video is a smoking gun of all that is wrong with this corrupt organization, which selectively chooses when they will obey the “Superior Authorities” and when they will not.

If they can trust local elders to comply with local laws for whether they can meet in groups or not, why can’t they trust those same elders to pick up the phone and contact the police whenever there is an allegation of child abuse?

Watchtower wants to monitor and closely control all sexual sins of congregants, even when it means covering up those crimes and withholding reports from law enforcement. And they go out of their way to ascertain every possible loophole to escape reporting by using clergy-penitent exceptions.

[…] this video makes me angry. Not just this small clip, but the entire Lett video, where there is not one shred of compassion or concern for any non-Jehovah’s Witnesses.

Everything is selfishly focused on the Witness organization and their followers and donors. They pray for themselves, but Jehovah is not stopping the deaths of those Witnesses in Italy or anywhere else, and the only way this virus will end will be through the incredible efforts of scientists, nurses, doctors, researchers, pharmaceutical makers, and the governments who are doing everything they can to save lives- including Jehovah’s Witness lives.

Instead of using their billions to contribute to society, Watchtower is instead using the Coronavirus epidemic to exploit even more people, by preaching that pestilence was prophesied in the Bible.

This is another shameless effort to self-promote a religion which is entirely self-centered, but operates under the cloak of a charity […].

Read the entire post and see the video clip HERE.

If you are a former member and have a little “ping” going off that you need to go back, speak clearly and firmly to yourself that this is cult mind manipulation. Talk with other ex-JWs and follow posts from activists like Mark O’Donnell, Lloyd Evans, and Cliff Henderson. Make sure you connect with former members who understand cult mind control and who have done their “homework.” The fortunate thing is there are so many former members and leaders who are willing to help you. 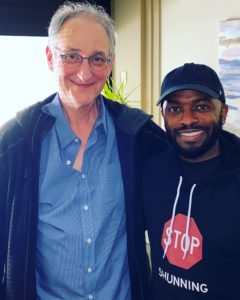 Speaking of Cliff, last month while I was in California, I met with and interviewed him. (The video is shared at the end of this blog.) Cliff was raised as a JW and since leaving in 2016 has become a very vocal activist, bringing awareness to many of the harmful practices supported by Watchtower, including the practice of shunning. Additionally, he has recently recorded an album and his first two singles tell the story of what it is like for someone to leave this group. Please watch his excellent music videos which are below in this blog.

He was a very active Jehovah’s Witness his whole life. Cliff was baptized at the age of 9 and later served as a regular pioneer, ministerial servant, and Bethelite (headquarters), as well as in two foreign language congregations before coming to the startling conclusion that this religion was actually not “the truth” in 2016. As a result of his departure from the religion, he is currently being shunned by his family and the many friends he made within the Jehovah’s Witness religion.

When someone leaves the Jehovah’s Witnesses, they are silenced by this organization. Once the announcement “So-and-so is no longer one of Jehovah’s Witnesses” is made, no one from among the 8 million Jehovah’s Witnesses worldwide is allowed to speak to this individual, even to ask them what happened. His Youtube channel allows individuals to share their honest experiences so as not to feel silenced. It also shares valuable information about the group to which rank and file JWs and the community, in general, are not privy.

During our conversation, Cliff tells his story of being born into this religion and the pressures that were put on him to conform as a 3rd-generation Witness. He talks about how he woke up and left this group, along with what it has been like being shunned by family and friends.

Part of his healing was reading my book, Combating Cult Mind Control, which helped him see that Jehovah’s Witnesses are, in fact, a destructive cult. The BITE model parallels are strikingly obvious. And Cliff goes on to explain why he became an activist. He interviews former members and by doing so exposes the harmful practices of this so-called religion. (You can follow him on Youtube, Twitter, and Instagram.)

While being shunned by family and former friends is painful, he is happy in life. And one authentic way of expressing himself is through his music. In fact, I cried when I first heard his song “Cost of Doin’ Business” and felt compelled to share it on my social media. I think it is very important to express yourself after leaving a high-control group and music is a great way to do this. (You can follow his music on Youtube, Twitter, and Instagram.)

Since our interview, he has released another great song called, “On My Way” which I recommend everyone watch, too.

I really enjoyed our conversation. We discuss my thoughts on his song/music video and some of the lesser-known practices of the Jehovah’s Witness.

We can learn a lot from Cliff. For those that leave a destructive group, it is important to take time to learn about mind control and how it works. Once you understand how you were affected, you can truly begin to heal and thrive and live an authentic life.
While not everyone that leaves can speak out as an activist, we can all show support to those that do by following on social media, sharing articles, and watching videos produced by activists.

Watch “On My Way”