What is a Cult? Whiteboard Animation Explaining the BITE Model 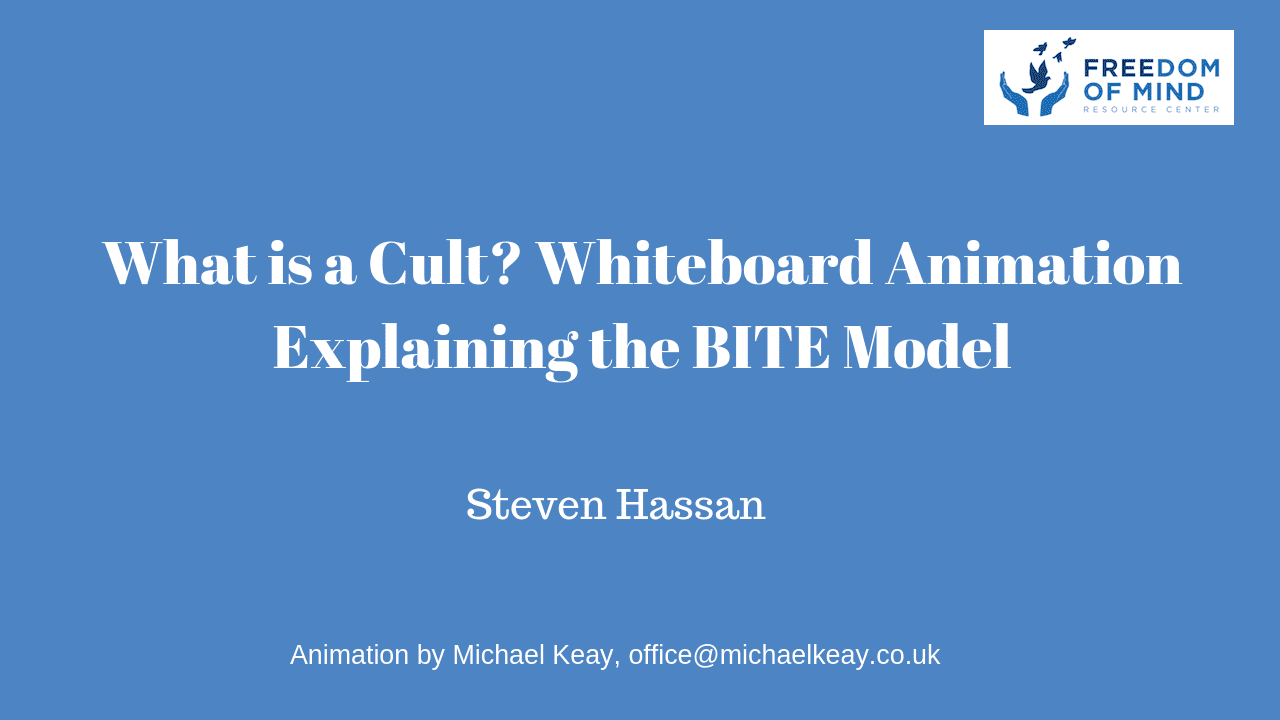 Since my deprogramming from the Moon cult in 1976, I have come to learn of countless thousands of groups that I have never heard of before. Are they cults? Do they use mind control? Is it brainwashing? I have also been asked to comment on destructive family systems and controlling relationships. Over the decades of research, my way of systematizing a method to evaluate a weird group with crazy beliefs from a destructive one has come to be grounded in the United Nations Universal Declaration of Human Rights. It seems to me that while there are countries, like China, that do not support that document, the vast number of civilized countries do take a positive stance so that individuals have human rights.

I have developed an Influence Continuum which shows the thematic differences between ethical influence and undue influence. My BITE model (Behavior, Information, Thought and Emotion Control) offers a list of variables that can be easily identified and which quickly show if a group or individual is exercising unethical influence. For example, if a recruiter lies and does not give fully informed consent to the person they are trying to influence, one can quickly say they are unethical and using Information Control. If a group tells members they cannot and should not speak with former members or critics or read any of their material, this likewise is Information Control. If a group indoctrinates people to believe that if they ever want to leave the group, their safety and salvation will be lost, this is Emotion control and in many cases phobia indoctrination. By examining the behaviors, one can determine a group is a benign or even a positive cult or a destructive cult.

Mind control refers to a specific set of methods and techniques, such as hypnosis or thought-stopping, that influence how a person thinks, feels, and acts. I developed the BITE Model to describe the specific methods that cults use to recruit and maintain control over people. “BITE” stands for Behavior, Information, Thought, and Emotional control. It is based on research and theory by Robert Jay Lifton, Margaret Singer, Edgar Schein, Louis Jolyon West, and others who studied brainwashing in Maoist China, as well as cognitive dissonance theory by Leon Festinger.

Destructive mind control can be determined when the overall effect of these four components promotes dependency and obedience to some leader or cause; it is not necessary for every single item on the list to be present. In fact, there only needs to be a few major behaviors under each of the four components.

To learn more, download this detailed handout on The BITE Model or read Combating Cult Mind Control which explores cult psychology, curing the mind control virus, how to protect people you care about and strategies for recovery. (The new 30th-anniversary edition is available in print, digital format, and audiobook.)

Watch: What is a Cult? Whiteboard Animation Explaining the BITE Model

The following animation describes in great detail how the BITE model can be applied so as to determine if a group or relationship is healthy or destructive. It was sent to Freedom of Mind from a former member who was helped by my work and wanted to pay it forward and help others. Thank you very much, Michael! 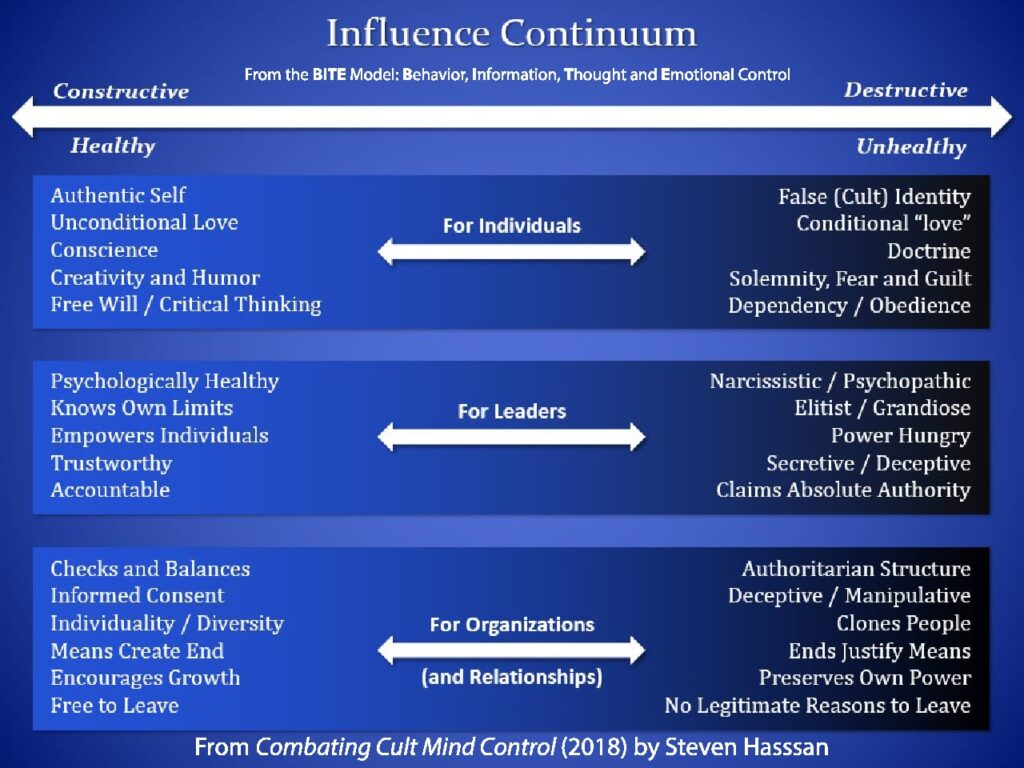 To learn more, please download this detailed handout on The BITE Model.

The BITE Model and Jehovah’s Witnesses

The BITE Model & Mormonism: An Exploration with Ex-Mormon John Dehlin