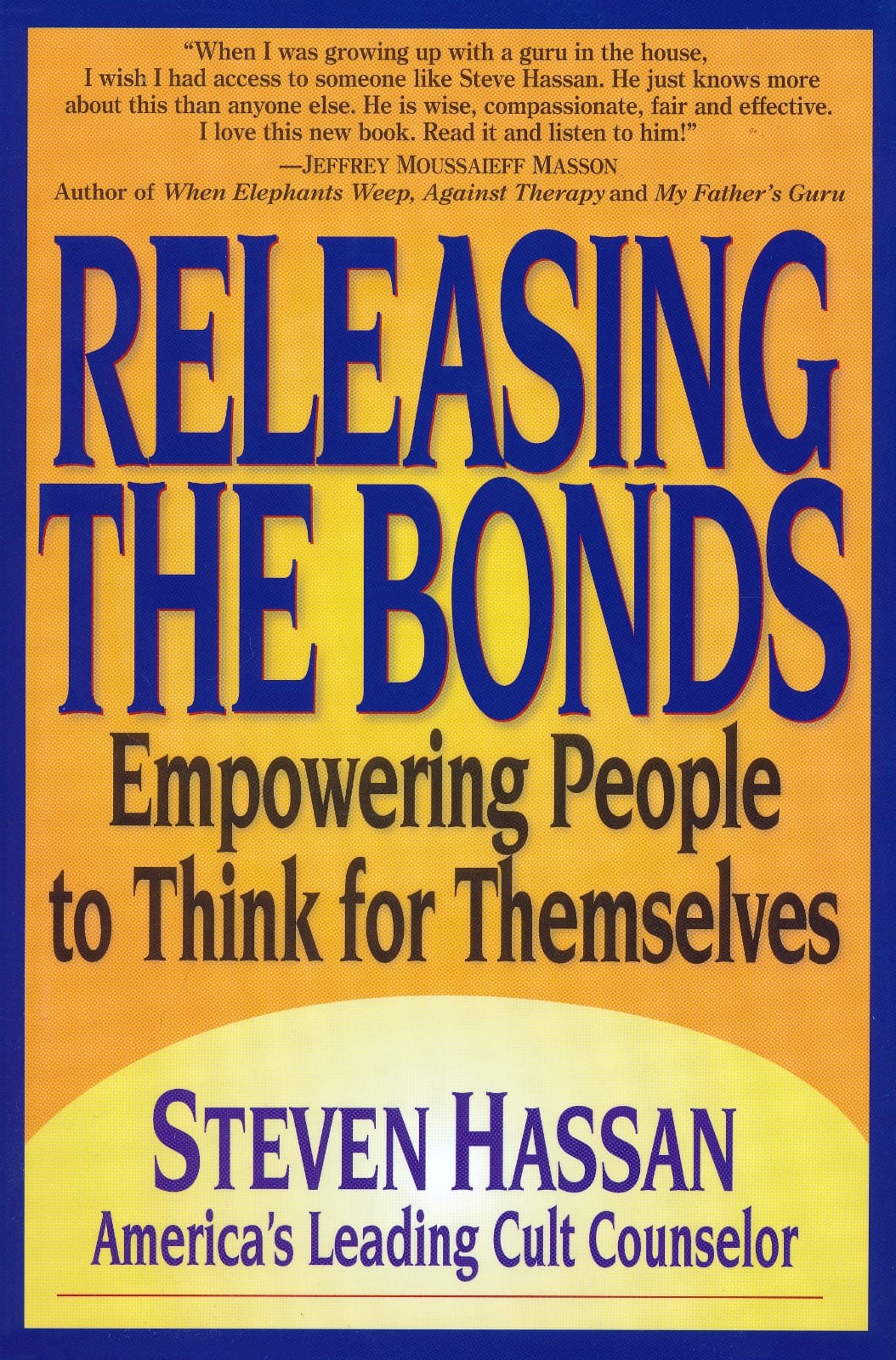 Empowering People to Think for Themselves by Steven Hassan

Cults are rapidly spreading around the globe like viruses – changing constantly, adapting easily to new cultures, destroying hundreds of thousands of lives each year, by radically altering people’s identities through mind control, brainwashing, hypnosis, and less subtle mind control techniques. What compels bright, energetic and idealistic people of all ages to give up their individuality, their freedom of mind, and oftentimes their jobs, wealth, and families to become a slave to a self-proclaimed master? Why do well-educated, highly intelligent people even offer their lives in mass suicides for what appear to be “nutty” beliefs? Once enslaved, how can victims of cults regain their freedom and begin to think for themselves again? In his book, Releasing the Bonds: Empowering People to Think for Themselves, one of the world’s foremost authorities on cult mind control, Steven Hassan, reveals the astonishingly effective behavior, information, thought and emotion control techniques (BITE) at the root of all cult powers. With dozens of examples from real-life cases, Hassan presents a new, more refined, non-coercive, and totally legal Strategic Interaction Approach (S.I.A.) to freeing oneself from the terrible grip of life- threatening cults, enabling cult victims to think independently again.

From Moonies to Scientologists, from Amway Motivational Organizations to Tvind, mind control methods are infecting every level of society today in business, politics, religion, and even cyberspace. The extent to which cults have invaded the social infrastructures is a truly staggering phenomenon in the modern world. Releasing the Bonds: Empowering People to Think for Themselves by Steven Hassan is a profoundly insightful probe into a vast, expanding secret world in our everyday midst, offering hope for those lost in misery and freedom of mind for those who have the courage to overcome their fears.

Read this book to find supplementary information regarding how to help people to think for themselves. The Errant Beliefs blog series is an example of the content in the book. This hardcover book is available via several online retailers. It is not currently in print.