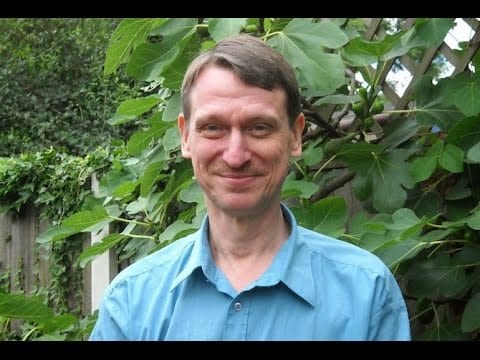 **Note: This is a supplemental explanation by Jon Atack. Please watch the video exchange between Steven Hassan and Jon Atack regarding cult apologists and read this blog: A Response to Academics Who Say There is No Undue Influence in Destructive Cults.**

Jon is the Review Board Chairperson & Managing Editor for the Open Minds Foundation.

I’d like to clarify my statement in our conversation about Melton’s lack of footnotes in his booklet The Church of Scientology. There are some notes, but few of them refer to the origin of points made in the text. My point is that notes supporting his often far-fetched claims are largely absent or actually misleading.

For instance, Melton’s claim that Hubbard was made a “blood brother” of the Blackfoot Indians “at the age of six” leads to a note saying that “On the 70th anniversary of Hubbard’s becoming a blood brother, a ceremony commemorating the event was held among the members of the contemporary Blackfoot tribe.” No reference is given to Hubbard’s original claim.

Hubbard made the claim in Mission Into Time (1973) which says, “He became a blood brother of the Pikuni and was later to write about them in his first published novel, Buckskin Brigades.” If Melton had looked to Bucksin Brigades (1937), he would have found that Hubbard said there that he had the story from someone who had known the Blackfoot, an assertion repeated by him in an essay called Search for Research, where Hubbard says that Buckskin Brigades came to him after reading Washington Irving’s Astoria. After looking at several books, Hubbard says, “I had a stack of material higher than my desk. And then I capped the climax by locating a young chap in Seattle who happens to be a blood brother of the Blackfeet [sic, they are properly known as the Blackfoot]”. At this point, he made no claim to have even met a member of the Blackfoot nation.

Interviewed by Russell Miller, in 1986, Hubbard’s aunt, Margaret Roberts (who lived with Hubbard when he was a child), had no recollection of any story involving the Blackfoot.

There is no evidence that the Blackfoot created any blood brothers prior to the ceremony in 1985. And that “ceremony” was not held by the Blackfoot tribe. Diligent research would have taken Melton to the LA Times article of 24 June 1990, where we find this:

“Historian Hugh Dempsey is associate director of the Glenbow Museum in Calgary, Canada. He has extensively researched the tribe, of which his wife is a member. He said that blood brothers are ‘an old Hollywood idea’ and that the act was ‘never done among the Blackfeet.’”

As to the ceremony: “In 1985, church leaders produced a document that they say proves Hubbard was not lying.

“The document actually is meaningless because none of the three men who signed it were authorized to take any action on the tribe’s behalf, according to Blackfeet Nation officials.

“The document was created by Richard Mataisz, a Scientologist of fractional Indian descent. Mataisz said in an interview he tried to prove that Hubbard was a Blackfeet blood brother but came up empty-handed.

“‘It’s not,’ he said, ‘something you go down to the courthouse and look up.’

“So Mataisz, using the name Tree Manyfeathers, said he held a private ceremony, made Hubbard his own blood brother and, along with two other men, signed the commemorative document.

“‘You should not give it (the document) very much credibility,’ said John Yellow Kidney, former vice president of the tribe’s executive committee. ‘I don’t.’”

And the same is true for Gordon Melton’s work: we should not give it much credibility, because he is a hired gun, eager to defend groups guilty of child molestation, organized prostitution (the Children of God) and terrorist mass murder (Aum Shinrikyo), because they claim to be “religious” in nature. And because they pay. Rusell Miller and I faced years of harassment because we criticised Scientology and its creator. No decent organization would try to silence free speech and diligent research in this way. No decent person would support such organizations.

I take no stand against religious belief – unless that belief is clearly anti-social and incites hatred. I have spent decades opposing abusive, high-control groups that affect the human rights of their members, and subject those members to techniques of thought reform (Hubbard’s explanations of such methods can be found in my paper, Never Believe a Hypnotist). Some groups abuse religious or spiritual imagery to influence their members, I object to abuse and helped to create the Open Minds Foundation to help people safeguard themselves, their kids and their friends from the manipulation and hard-selling techniques used by organizations like Scientology. With your help, we can achieve this goal.

Is Reza Aslan a Scientology stooge or just an ignorant a**?, 2017