An Introduction to Steve Guziec 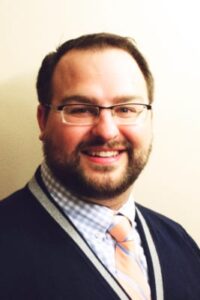 Update: As of January 2018, Steve Guziec is no longer working with Freedom of Mind Resource Center. He wished to take his life in a new direction and we wish him the very best in his academic and life pursuits.

I’m so excited to be working with Steven Hassan and the Freedom of Mind team. It’s a wonderful cause and a truly worthwhile line of work. As someone who understands just what it’s like to be involved in a cult, I am often asked to share my story. So, here it is.

I was born and raised in the Jehovah’s Witnesses, a bible-based cult otherwise known as The Watchtower. When I was 25 I was kicked out of the organization and shunned by my family and friends in the group (“disfellowshipped” in the loaded language of the Jehovah’s Witnesses). This action crushed my world. I was so alone and confused; I had never known life outside of the group. Even worse, my indoctrination had taught me there was only death outside of the organization. Having lost everything, I decided to end my life. Fortunately the attempt was unsuccessful and I am still here today.

At first, like most, I didn’t know I was in a cult, I thought it was the one and only true organization here on earth serving the true god. However, once leaving the organization I quickly learned their love and care for me was conditional. Within a matter of weeks after being disfellowshipped, I lost everything. I had been employed by a company that was managed and staffed by Jehovah’s Witnesses, so I was fired because, as the VP of operations said “If you have left Jehovah how can we trust you?” Later the VPs would lie to any potential employer, saying, among other false accusations, that I was dishonest and a thief. Due to a lack of employment and income, I was forced to live out of my car for a year, and later I ended up filing bankruptcy. Only after sending a “cease and desist letter,” was I was able to get back into the land of employment.

After a time, I began taking night classes to get my Bachelor’s degree in Business Management from Robert Morris University. My goal was to become a CEO and make lots of money. However that was to change once I started to explore my experience as a Jehovah’s Witnesses. I started small, by Googling “Jehovah’s Witnesses.” I still remember doing this and thinking “Oh my god, they are going to find me!” My hands trembled as I typed in the words and clicked through the sites. After realizing that demons were not attacking me and I was indeed safe, I started looking further and further.

Soon after, I found a strange looking book in a used bookstore in Minneapolis; the cover featured a man’s head with a chain around it, and a key at the bottom. The book was called “Combating Cult Mind Control” by Steven Hassan. I bought the book and hid it under the other books in the bag– just in case a Jehovah’s Witnesses was watching me or stopped me on the street. I started reading the book that night and was shocked! All I could think was “How did this guy know what happened to me in the Jehovah’s Witnesses? He was never in ‘the truth’.” When I returned home from my business trip, I quickly finished the book, and then read it again.

Later that year during a World Religion class, my professor asked me, “Why don’t you help other people in groups like the Jehovah’s Witnesses?” My initial response was, “There isn’t any money in that.” But my professor quickly responded, “Do what you love and the money will be there.” So, that day, I changed my career’s direction and decided to become a mental health professional. That was the easy part.

This conversation with my professor inspired me to email Steven Hassan and see if he could recommend a graduate program that specialized in cultic abuses. Thankfully Steven was kind, and helped me to understand the underserved nature of “my” population – that is, those whose lives have been affected by cults. Steven pointed out that there is no single university or program that teaches people how to work with cult victims; he suggested I attend an accredited university and attain a license to practice mental health. And that’s just what I did.

In 2014 I graduated with my master’s degree in Clinical Psychology from Benedictine University and attained my license to practice mental health in the state of Illinois. Once I finished my degree, I began training with Steven on his Strategic Interactive Approach and now I’m thrilled to be joining the team at Freedom of Mind and taking clients of my own. As part of the team, not only will I be offering one-on-one consultations, but I will be working with Steven and others to create a one-of-a-kind educational program that can be used to train other professionals on the specifics of recovery from cult influence.

For me the biggest benefit to my joining the Freedom of Mind team, is the opportunity to help so many people, from all across the world. I know that so many are feeling just as I was – in pain and confused about what to do – and I am honored and humbled to know that I’ll be able to help them heal, and that I will have the benefit of Steven’s 40 years of experience to apply to the process. So for those looking for help and needing some coaching to achieve freedom of mind, I’m here to assist and help you on your journey.