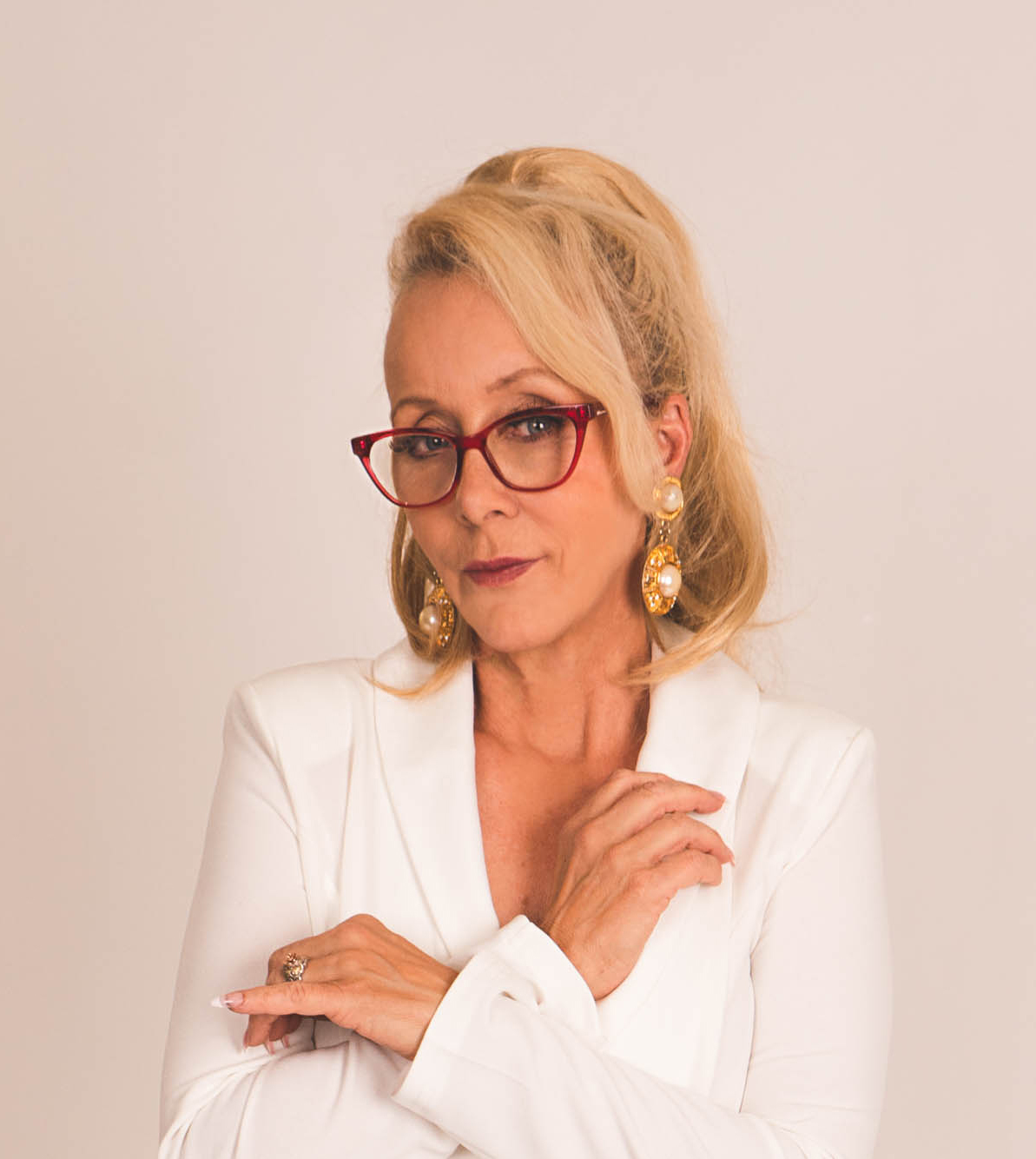 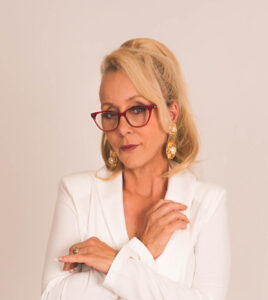 Media shaming has been around for decades, but the advent of the Internet and 24/7 information cycles have taken it in an entirely new and intense direction. The effects of this on everyday people’s lives are monumental and sometimes deadly.

Dr. Christine Marie specializes in media psychology, a field that is becoming more important than ever before, given the proliferation of media sources, which in turn leads to ways in which shame and humiliation can be exercised with abandon.

Dr. Marie is not only a researcher and academic studying media shaming but also a survivor of it. She converted to Mormonism at 18 and, after her divorce, met a man at a Mormon singles dance who would traffic her, resulting in a loss of everything necessary to her in life. She would eventually rebuild her life, get her doctorate, and tell her story in the hopes of preventing others from suffering the way she did.

Unfortunately, in telling her story, media outlets misrepresented her, causing the public view of her story and her to be skewed. This resulted in both public victim blaming and Dr. Marie questioning whether she was to blame. The reverberations of this are clear – if a victim is portrayed poorly or incorrectly, they can sink further into the shame spiral, leading to suicide, severe depression, anxiety, loss of family and friends, and the list goes on.

A significant issue inherent in media portrayal is wanting stories to appear as salacious, wanting to grab the audience’s attention. In so doing, much of the context is lost, the undue influence, the external factors that can exist, such as hypnosis. Undue influence, and mind control, are things that we can all become vulnerable to, and the more we understand and learn about them, the more we see how easily we can become victims to people whose only interests in life are money, power, sex, and greed. So many of us like to think we could never fall prey to these things, that we could never be vulnerable, but as law professor Alan Scheflin terms it, this is the myth of invulnerability.

The recent case of Lori Vallow and Chad Daybell is an example of this, as they stand accused of murdering Vallow’s two children. According to an anonymous friend, as reported in Deseret News, Vallow became obsessed sometime in 2015 with Daybell’s books on doomsday literature, which he published through his own company. She later met him at a conference in October 2018 and, sometime that month, discussed killing her children using their religious beliefs as the justification.

We see the idea of “not me” frequently in stories like Vallow’s, believing we could never come under the influence of someone like Daybell. There are so many factors inherent in doing things in life that we can never anticipate. Dr. Marie discusses in the podcast the idea of violation of expectation. This is an element of media trauma. When our expectations are violated, someone must be to blame. In the case of Vallow, it’s not as cut and dry as believing she had all her faculties intact and wasn’t unduly influenced in any way.

Evan Rachel Wood, an actress, known for Thirteen and Westworld, recently became the subject of HBO’s Phoenix Rising, a two-part documentary exploring her relationship with Marilyn Manson and the subsequent mind control and abuse that Wood reports experiencing under Manson’s control. A talented young woman with a good family and supportive friends is not the person we think will fall under anyone’s spell, but it is again important to understand the external factors, the background that feeds into mind control and submission. When Wood met Manson, she was 18. He was 37, twice her age. At 18, she was barely an adult, and a man who was successful and worldly approached her and gave her attention. It’s a heady and accessible spell to fall under. Unfortunately, we don’t think about the age gap, the grooming, and the undue influence of flattery, leading to victim blaming.

What unfortunately happens in the age of 24/7 media is the victim gets blamed, shamed, and humiliated on a scale grander than any of us can imagine as the number of outlets to perpetrate public shame grows every single day. As Dr. Marie states in her dissertation, it’s no longer a matter of the shame being contained to a single event and a few people who witness it. It’s now something that can be recorded and shared millions of times on numerous platforms. It can exist forever and be brought up repeatedly. There is no escape, which is what leads some people to suicide. This was the case with Tyler Clementi, whose Rutgers dorm roommate used a webcam to tape Tyler in intimate moments with his boyfriend. After the roommate posted the video on Twitter, Tyler jumped from the George Washington Bridge, resulting in his death.

Another high-profile case of media humiliation is Monica Lewinsky. Most of the narrative surrounding her over the years centered on jokes, and mentions of the blue dress, painting her as the villain in a story that was widely reported in ways that lacked empathy at best and were life-threatening at worst. In her Ted Talk, The Price of Shame, Lewinsky discusses being 22 years old and falling in love with her boss, something so many have done, it’s a trope in major television shows and movies, but for Lewinsky, it never ends. She states, “not a day goes by that I’m not reminded of my mistake…” (TED, 2015). She is forever enshrined and labeled.

There is little understanding of her age and what that meant regarding the power dynamic at play, as well as the lack of life experience contributing to poor choices. These are things that should be considered but are not. The background of how and why things happen is rarely understood, leading to the successful implementation of undue influence, which can happen to anyone though we don’t want to believe that.

We tend to look at mistakes such as Lewinsky’s on their own, leaving out the background of what led to it, lacking an understanding of how the media shamed a 22-year-old woman who made a mistake and what that meant for how she was able to show the rest of her life. Her name is synonymous with a particular sexual act that becomes fodder for jokes among the public. As we all do, there is no escape for someone who has grown and changed throughout the years. Lewinsky states, “I was patient zero of losing a personal reputation on the global scale almost instantaneously.” (TED, 2015)

So how do we begin to make a change in the area of media shaming? It starts with understanding psychological themes that promote victim blaming, three of which are outlined in Dr. Marie’s dissertation:

Asking questions to gain an understanding of the background factors

In The Price of Shame, Lewinsky states, “I was seen by many, but actually known by few.” This is always true of anyone and any story. We only know what the media tell us. If that representation is incorrect, as it often is, we become seen but not known, which leads to the public branding us in negative ways that are not who we are. We need to stop making assumptions. We need to ask questions. We need to understand the background factors inherent in any victim’s story.

Dr. Marie understands and respects victims – she uses a harm reduction approach to help people who are victims of media shaming

Today, Dr. Marie continues her work in media shaming and is changing lives in Colorado City, Arizona. She assists the FLDS Mormon Fundamentalists in the area through her non-profit Voices For Dignity. She uses a harm-reduction approach. Dr. Marie believes in meeting people where they are, and she’s done this with the FLDS members by respecting their beliefs and working to understand them at fundamental levels so she can be a positive in the lives of people who have been misunderstood and subject to media shaming.

Christine Marie and Voices for Dignity

Steven HassanHumiliation, Media Shaming, Trauma as well as work with the FLDS with Dr. Christine Marie 11.10.2022